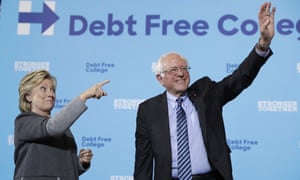 Former rival’s star power palpable as he campaigns for Hillary Clinton at University of New Hampshire, in a state he won in the Democratic primary

Source: Bernie Sanders goes to bat for Clinton in her fight to win over young voters | US news | The Guardian

The survey, conducted by the Pew Research Center and released last week, also shows that 9 percent of Sanders supporters intend to vote for Donald Trump. 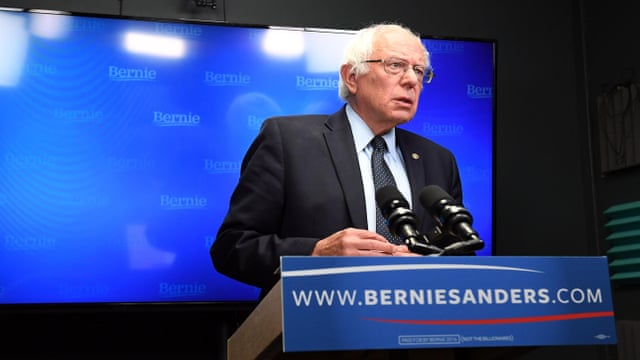 In a live-streamed speech, the Vermont senator made it clear he is no longer actively challenging Clinton and that the goal is to ‘defeat Trump badly’

Source: Bernie Sanders says he will work with Hillary Clinton to stop Donald Trump | US news | The Guardian

Sanders supporters should focus on the four years in between elections and how their enthusiasm can be channeled into community-based solutions.

“I do have a problem with that. Yeah, I do,” Sanders said.

The United States is one of the wealthiest countries in the world, yet 47 million Americans are living in poverty. The Democratic presidential candidate spoke about the issue in West Virginia on May 5. – 2016/05/16 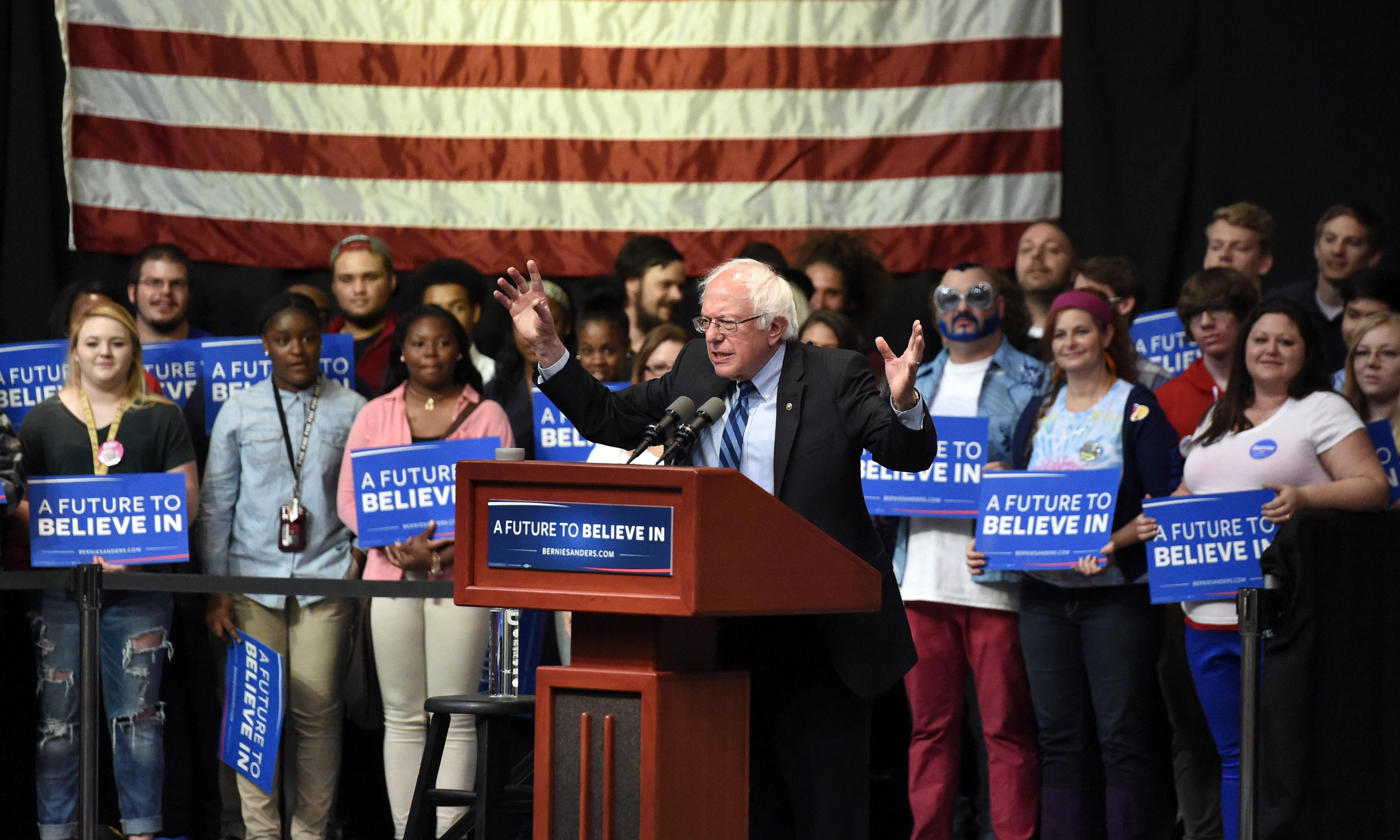 Despite trailing behind Hillary Clinton in polls, Sanders once again proved his appeal to disaffected midwest voters by pulling off his 18th victory of 2016

Source: Bernie Sanders pulls off shock victory over Hillary Clinton in Indiana | US news | The Guardian

Source: Winning in Losing: How Sanders pushed Clinton to the Left | Informed Comment

Bernie Sanders is not only taking on the Washington establishment in his campaign for the Democratic Party presidential nomination, he is also challenging many of the received truths that make up the ideological foundations upon which its power rests.

By Juan Cole | (Informed Comment) | – – Many Arab-Americans want the Jewish candidate to be president. The prominent …

The more they hate him, the more people love him. And by ‘they’, Lucas Grainger-Brown means establishment media cheering for establishment politicians. You know you’re doing something right when special interests try to shut you down. In the Democratic Party presidential primaries, Bernie Sanders and his platform are routinely transfigured into straw men and pummelledMore

The Panama Papers may be the defining story of the 2016 Democratic Primary. And Bernie Sanders is on the right side of history.

Source: Why the Panama Papers Could Catapult Bernie Sanders to the White House

Bernie Sanders is the far-and-away reader favorite in the readers’ poll in the TIME 100 list of the world’s most influential people in 2016.

Source: More US Muslims favor Bernie Sanders than do US Jews | Informed Comment

Bernie Sanders’ campaign has finally threatened Hillary Clinton’s winning margin enough that the mainstream media can no longer ignore him. However, much of the their discussion on Sanders still revolves around asking the same, tired question: Is America ready to elect a socialist? Putting aside the tired refrain that Bernie’s actually a Democratic Socialist — which Sanders and Larry David joked on SNL […]

Source: It’s Official — Young Voters Have a Higher Opinion of Socialism than Capitalism

As you might have have already heard, Hilary Clinton recently beat Bernie Sanders in the Iowa Democratic Caucus by an extremely thin margin, 49.8 percent to 49.6 percent, with all precincts reporting, according to the state department. Despite the claim that all precincts reported, however, the Sanders campaign is thinking about requesting a recount. This scrutiny […]

Source: Robert Reich: It Takes a Movement, Like the One at the Heart of Bernie Sanders’ Campaign, to Change the World – Truthdig

Noam Chomsky, the emeritus professor at MIT and outspoken and acclaimed political activist, delivered measured praise for Bernie Sanders amidst his usual strain of social critique during an interview with Mehdi Hasan featured on Al Jazeera’s UpFront. Chomsky said that “If [Sanders] were elected, I think he would – of the current candidates – I think he’d be the one who […]

Source: Bernie Sanders Just Picked Up Support from the World’s Most Renowned Intellectual

A year ago, concerned that ordinary citizens would be locked out of the presidential nominating process, The Nation argued that a vigorously contested primary would be good for the candidates, for the Democratic Party, and for democracy.

Bernie Sanders, the 74-year-old democratic socialist from Vermont, is the overwhelming choice of American Millennials. A new poll of 18- to 35-year-olds from Rock the Vote and USA Today shows Sanders leading Hillary Clinton in the Democratic primary 46 percent to 35 percent, regardless of party or ideology. The big question is whether young people will actually go […]

Source: Bernie Sanders Has a Double-Digit Lead Over Hillary Clinton Among Young Voters

Bernie Sanders just won a game-changing endorsement with weeks to go before the first primary ballots are cast.

Source: Bernie Sanders Is Absolutely Right About Clinton and Big Banks—Here Are the Numbers to Prove It – Truthdig

Speaking just a few dozen blocks from Wall Street Wednesday, Bernie Sanders announced that, with regard to so-called “too-big-to-fail” banks, he would “break them up.

Sanders calls out Trump for having no plans to help working class. The Donald responds in usual way: with lies.

If the 2016 U.S. presidential election were held today, Sen. Bernie Sanders (I-Vt.) would win by a landslide over GOP frontrunner Donald Trump, according to a new poll released Tuesday by Quinnipiac University.

Bernie Sanders was winner of the 2015 TIME magazine’s Person of the Year online poll, yet his name was absent from the shortlist prepared by TIME editors for the final winner of TIME Person of the … Although Clinton still has a healthy primary lead.