Australia’s pension funds control nearly $3 trillion of workers’ capital, but they’re currently dominated by corporate interests. The labor movement should take back control over them from bankers and use the funds to build a better future.

Workers Should Take Back Control of Their Pension Funds

After Israeli forces shot her 15-year-old cousin in the head with a rubber bullet last December, Ahed Tamimi, a Palestinian girl from Nabi Saleh in the West Bank, stood up to the occupying Israeli forces and was arrested and charged for slapping a soldier. The story of the activist went viral.

But what Ahed was fighting for was largely buried beneath sensationalized media representations of her.

via Why do we Revere Malala but Not Ahed Tamimi? 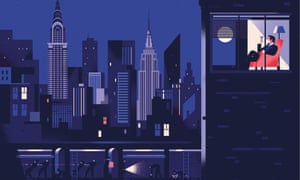 “As difficult as it was for me, I’ve come to an inescapable and profoundly disturbing conclusion. I believe that an elite group of people and the corporations they run have gained control over not just our energy, food supply, education, and healthcare, but over virtually every aspect of our lives; and they do it by controlling the world of finance. […]

So much for a more ‘consultative’ PM – The Drum (Australian Broadcasting Corporation). There are ways for the media to cover stories such as the Sydney siege without committing gross ethical violations.

AUST gets wake-call with Sydney terror. Only Daily Telegraph caught the bloody outcome at 2.00 am. Congrats.

In one brutally insensitive tweet, Rupert Murdoch told the world everything it ever needed to know about the central tenet of the News Corp culture: nothing matters except the story.

It is a culture in which the ends justify the means.

It is a culture that celebrates cruel vulgarity, infamously exemplified by the headline “Gotcha” in the London Sun when, during the Falklands War, the British forces sank the Argentine warship the General Belgrano, with the loss of 368 lives. In Stick It Up Your Punter!, their account of life on The Sun, Peter Chippindale and Chris Horrie wrote that although even the editor, the egregious Kelvin MacKenzie, had second thoughts about the heading, Murdoch said:

This is a culture that ultimately leads to the kind of criminality exposed in the phone-hacking scandal that engulfed the British branch of Murdoch’s empire in 2011. It is a culture that says if that’s what it takes to get the story or sell a newspaper, let’s do it.

In the case of the Lindt Café siege, it is a culture that permitted the publishing of the faces of hostages as they were forced at gunpoint to hold up the gunman’s black flag in the café window. There was a strong news case for showing them holding up the flag but no case for showing their faces.

These are images that are likely to haunt those hostages all their lives. The risk of doing harm should have been obvious. The disregarding of that risk is unjustifiable and unforgivable.

It is a culture that permits the publication of a door-stop photo of the father and husband of Katrina Dawson, who died at the gunman’s hands. They are leaving the hospital where Dawson died. The photo is clearly taken against the husband’s wishes: he is covering his face with his hand. The father’s face is a mask of shock. The intrusion on their grief is another unforgivable act.

There are ways to cover these stories without committing these gross ethical violations, and much of the other media showed how to do it. Channel Nine’s graphic live footage of the final police assault, and other television footage of hostages dashing from the scene, were vivid and immensely strong pieces of news reporting. ABC TV’s careful pixelating of faces of hostages in footage taken during the siege was another example of good ethical decision-making.

However, the newspapers – and not just News Corp’s but Fairfax’s too – seemed to think that material posted by the hostages on Facebook was simply public property to be exploited for media purposes.

This is a clear violation of a foundational privacy principle that says material supplied for one purpose shall not be used for another purpose without the provider’s consent. Many people – young people in particular – post material on Facebook for the purpose of sharing it with their friends. They do not anticipate that it will be used by the media in whatever context or for whatever purpose the media thinks fit.

The focus of this article has been on News Corp because the connection between its performance and Murdoch’s tweet is the principal point of argument. However, that is not to say News Corp coverage was all bad, nor that others were blameless.

The coverage of the Lindt Café siege is as a strong a candidate as we have seen in recent years for the Australian Press Council to conduct an investigation into the performance of the newspapers generally, and for the Australian Communications and Media Authority to use its own-motion powers to do the same in respect of radio and television.

The mixed quality of the media performance was illustrated by the responses to it by the NSW Police Commissioner, Andrew Scipione, and the chair of the Australian Press Council, Professor Julian Disney. Scipione publicly thanked the media for acting responsibly in the way they covered the siege:

For you to act the way you did, to be responsible, all I can say is “thank you”.

Much of the coverage has been excellent and has not hesitated to tell painful truths when necessary. But there have been some deeply regrettable errors and exaggerations, spreading dangerous misinformation without any reasonable basis. This type of material can be a serious risk to public safety, as well as causing an unjustified level of fear and distrust across the community.

It was a general statement of assessment, and did not make specific allegations against any particular media outlet.

However, it provoked a response from News Corp broadsheet The Australian, which has been running a campaign to undermine Disney in his last year as chair of the Press Council.

In a front-page story, it accused Disney of “triggering concerns” – by whom, one wonders – about “whether his organisation has abandoned the rules of procedural fairness”.

The basis for this accusation was that Disney had spoken without hearing the media’s side of the story. The weakness in this argument is that Disney was not making a finding against a specific newspaper, but making a general statement about the performance of the newspapers as a whole.

However, the motive for the story became clear in its last paragraph. There, The Australian quoted its own editor-in-chief, Chris Mitchell, as saying Disney:

… has just dealt the Press Council out of any future complaints about the role of the media during this week’s events.

This was clearly meant as a shot across the bow of the Press Council. In the event that the Press Council does decide to hear complaints about the coverage of the siege, it is reasonable to suppose that News Corp will challenge its fitness to do so. This may not thwart any such inquiry, but it might make it more difficult to accomplish, especially if News Corp decided not to co-operate on the grounds of apprehended bias.

This brings us finally to another aspect of the News Corp culture: every critic is an enemy, and we take no prisoners.