Hillary Clinton sure didn’t look like an “awful” candidate up on the debate stage this week.“Awful” was how ABC News political analyst Matthew Dowd derided the Democratic nominee over the summer on This Week. “She is an awful candidate. Everybody knows it,” he stressed.Dowd was hardly alone. The Beltway pundit class has re

Source: The Press Concocted A Clinton Caricature, But That’s Not Who Showed Up At The Debate

“I do have a problem with that. Yeah, I do,” Sanders said.

The following is an edited version of an address given by John Pilger at the University of Sydney, entitled ‘A World War Has Begun’. I have been filming in the Marshall Islands, which lie north of Australia, in the middle of the Pacific Ocean. Whenever I tell people where I have been, they ask, “WhereMore

Source: Bernie Sanders Is Absolutely Right About Clinton and Big Banks—Here Are the Numbers to Prove It – Truthdig

Source: Hillary Clinton in Nevada relishes debate success as win for all Democrats | US news | The Guardian 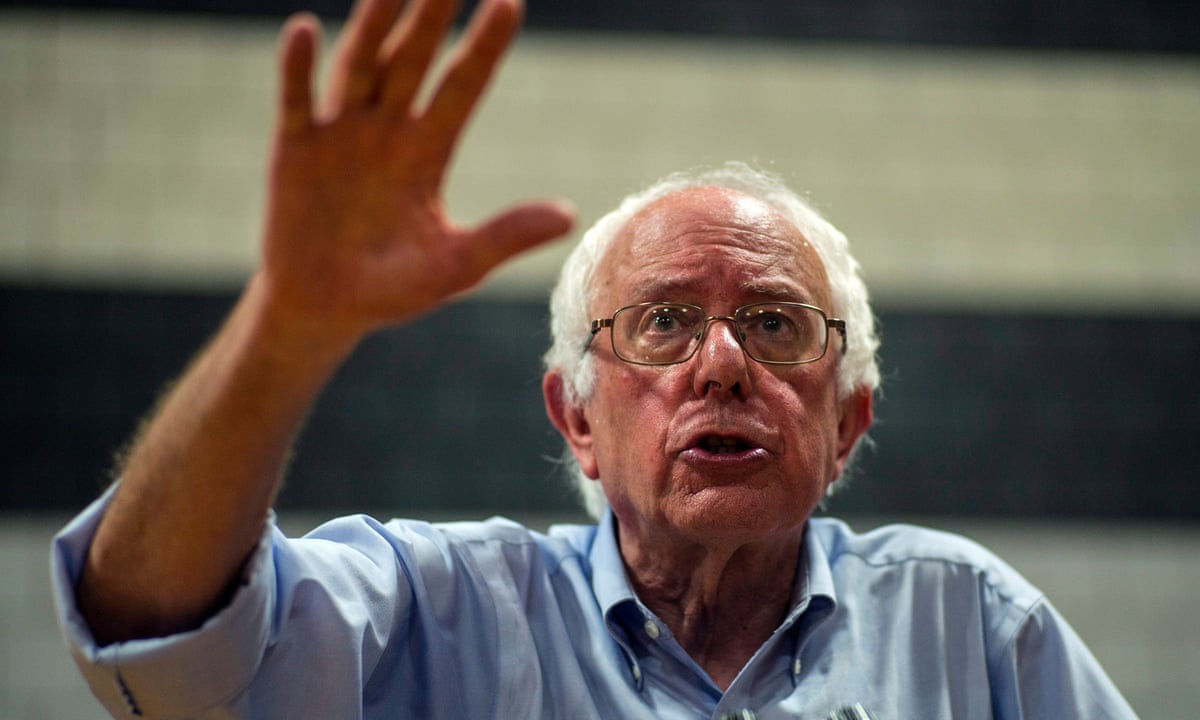 Senator would receive backing of 41% of Democrats to Clinton’s 32% as Clinton holds shrinking lead in Iowa, NBC finds

Almost all the economic gains are still going to the top, leaving America’s vast middle class with stagnant wages and little or no job security. Two-thirds of Americans are working paycheck to paycheck.

Meanwhile, big money is taking over our democracy.

If there were ever a time for a bold Democratic voice on behalf of hardworking Americans, it is now.

Yet I don’t recall a time when the Democratic Party’s most prominent office holders sounded as meek. With the exception of Elizabeth Warren, they’re pussycats. If Paul Wellstone, Teddy Kennedy, Robert Kennedy, or Ann Richards were still with us, they’d be hollering.

The fire now is on the right, stoked by the Koch brothers, Rupert Murdoch, and a pocketful of hedge-fund billionaires.

Today’s Republican firebrands, beginning with Ted Cruz, blame the poor, blacks, Latinos, and immigrants for what’s been happening. They avoid any mention of wealth and power.

Which brings me to Hillary Rodham Clinton.

In declaring her candidacy for President she said “The deck is stacked in favor of those at the top. Everyday Americans need a champion and I want to be that champion.”

Exactly the right words, but will she deliver?

Some wonder about the strength of her values and ideals. I don’t. I’ve known her since she was 19 years old, and have no doubt where her heart is. For her entire career she’s been deeply committed to equal opportunity and upward mobility.

Some worry she’s been too compromised by big money – that the circle of wealthy donors she and her husband have cultivated over the years has dulled her sensitivity to the struggling middle class and poor.

But it’s wrong to assume great wealth, or even a social circle of the wealthy, is incompatible with a deep commitment to reform – as Teddy Roosevelt and his fifth-cousin Franklin clearly demonstrated.

The more relevant concern is her willingness to fight.

After a devastating first midterm election, her husband famously “triangulated” between Democrats and Republicans, seeking to find a middle position above the fray.

But if Hillary Clinton is to get the mandate she needs for America to get back on track, she will have to be clear with the American people about what is happening and why – and what must be done.

For example, she will need to admit that Wall Street is still running the economy, and still out of control.

So we must resurrect the Glass-Steagall Act and bust up the biggest banks, so millions of Americans don’t ever again lose their homes, jobs, and savings because of Wall Street’s excesses.

Also: Increase taxes on the rich in order to finance the investments in schools and infrastructure the nation desperately needs.

Strengthen unions so working Americans have the bargaining power to get a fair share of the gains from economic growth.

Limit the deductibility of executive pay, and raise the minimum wage to $15 an hour.

And nominate Supreme Court justices who will reverse “Citizens United.”

In recent decades Republicans have made a moral case for less government and lower taxes on the rich, based on their idea of “freedom.”

They talk endlessly about freedom but they never talk about power. But it’s power that’s askew in America –concentrated power that’s constraining the freedom of the vast majority.

Hillary Clinton should make the moral case about power: for taking it out of the hands of those with great wealth and putting it back into the hands of average working people.

In these times, such a voice and message make sense politically. The 2016 election will be decided by turnout, and turnout will depend on enthusiasm.

If she talks about what’s really going on and what must be done about it, she can arouse the Democratic base as well as millions of Independents and even Republicans who have concluded, with reason, that the game is rigged against them.

The question is not her values and ideals. It’s her willingness to be bold and to fight, at a time when average working people need a president who will fight for them more than they’ve needed such a president in living memory.

Robert Reich, one of the nation’s leading experts on work and the economy, is Chancellor’s Professor of Public Policy at the Goldman School of Public Policy at the University of California at Berkeley. He has served in three national administrations, most recently as secretary of labor under President Bill Clinton. Time Magazine has named him one of the ten most effective cabinet secretaries of the last century. He has written 13 books, including his latest best-seller, “Aftershock: The Next Economy and America’s Future;” “The Work of Nations,” which has been translated into 22 languages; and his newest, an e-book, “Beyond Outrage.” His syndicated columns, television appearances, and public radio commentaries reach millions of people each week. He is also a founding editor of the American Prospect magazine, and Chairman of the citizen’s group Common Cause. His new movie “Inequality for All” is in Theaters. His widely-read blog can be found at www.robertreich.org.

Doom and gloom may not be the new hope and change, but they just might work