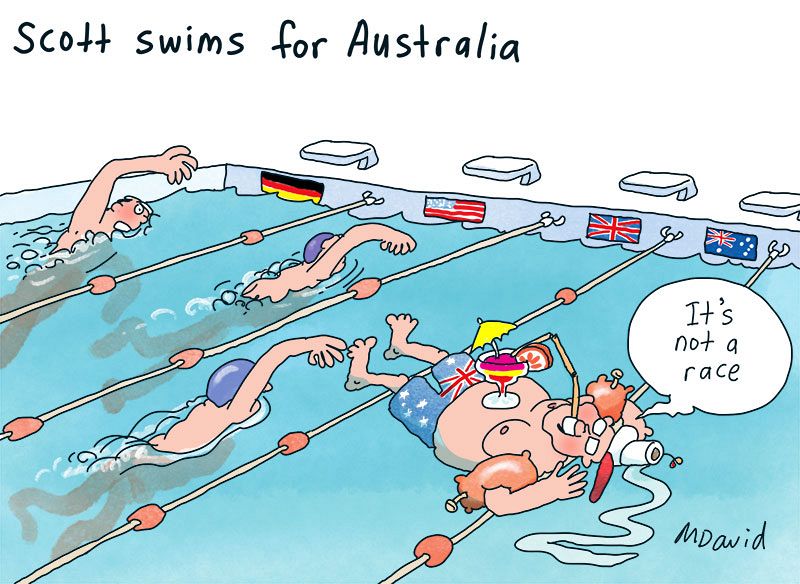 Unlike other vaccine rollouts, the Morrison Government’s COVID vaccine rollout hasn’t been distributed by the states, but by Liberal-aligned private companies. Andrew P Street follows the money.

Trump is eating dust yet again.

Jakarta: Indonesia’s state-owned pharmaceutical company Bio Farma said on Tuesday that interim data on trials it was conducting on vaccines produced by the Chinese company Sinovac showed up to 97 per cent efficacy. “Our clinical trial team found, within one month, that the interim data shows up to 97 per cent for its efficacy,” said Iwan Setiawan, a spokesman for Bio Farma, at a news conference.

Donald Trump’s days in the White House are numbered, but that has not stopped him from advancing his administration’s ‘America First’ approach. The outgoing President wants to limit the world’s access to a coronavirus vaccine so that Americans take priority and are first in line to get the jab. He held a vaccine summit at the White House on Wednesday morning (Australian time) and signed an executive order. It was to ensure “Americans have first priority to receive American vaccines”, Mr Trump said.

Coronavirus vaccines: How Donald Trump could affect a global rollout

The Australian Catholic Church says it will not support a potential vaccine for the coronavirus, arguing that a more effective method would be moving the virus to another location and pretending nothing had happened.

Catholic Church Opposes Vaccine, Suggests Moving COVID To Another Parish Instead | The Shovel