In campaign debates, in radio stations, television studios, people to people encounters all over the nation, the name Barnaby Joyce comes up as the biggest brake on Australia making a greater commitment to reducing its greenhouse gas emissions. Does the leader of the National Party deserve the brickbats? Maybe we should look to our backyards, writes Mark Sawyer.

Source: Hating Barnaby Joyce: is it him, or is it us? – Michael West

Labor pulled us out of that one in 72 and is doing the same for this one and 60% support Dan while over 90% have been willingly vaccinated. On the scale of things mandates haven’t resulted in the sackings of hundreds but have made work enviroments safer. Morrison isn’t “against mandates and for freedom” in fact he wants to pass a Bill and mandate against LGBTQIs

Scott Morrison’s chant over “people wanting their lives back” recalled some 200 young men dead in Vietnam, conscripted by his political Party, the Liberals, who cannot have their lives back. Prime Minister Scott Mo

A four-hour meeting of the 21 Nats on Sunday ended without a conclusion, despite assurances from Energy Minister Angus Taylor their coal backers and fossil fuels mates would be receiving billions worth of sweeteners. Mr Joyce insists his party is “not chained to a script,” he derides modelling put up by anybody – the Business Council, CSIRO, the government, you name them – as make believe. Further undermining whatever decision the government arrives at is the sniping from former resources minister Matt Canavan, who on his arrival back in Canberra told the media scrum “the Prime Minister doesn’t have a plan, he has a dream”. 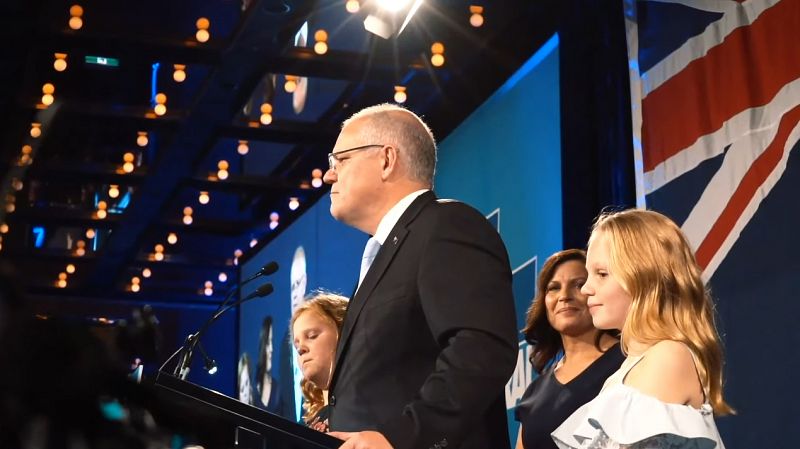 via Liberals outdo themselves with untruths, hubris and hypocrisy 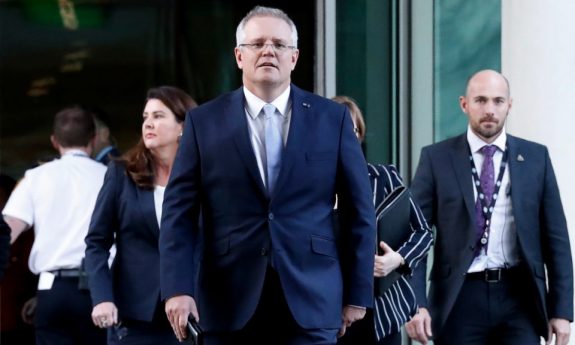 For the Coalition, it is all about winning, not governing, just winning. Christopher Pyne has said as much. “Politics is trapped in a self-obsessed and panic-prone spiral that is damaging Parliament’s ability to work for the good of voters.” That is code for not being able to get anything of substance done.

He also explained (finally), some of the thinking inside the party room meeting that saw Malcolm Turnbull sacked.

David Wroe in Sunday’s Sydney Morning Herald wrote, “Opening up on last year’s leadership turmoil, Mr Pyne also said Home Affairs Minister Peter Dutton was “electorally unpopular” outside his home state of Queensland and would have damaged the Liberal Party’s chances of winning the federal election had he been installed as leader.”

One suspects that’s all the Liberal party thinks about….It’s all about winning. Not governing, just winning. Let government take care of itself. Any idiot can govern, but better us idiots than some other idiots.

But here’s the kicker. Never underestimate the ability of the electorate to fall for their rhetoric and vote against its own best interests. For a party devoid of policies and effective leadership, a negative campaign by the Coalition is all they have and for them, as lazy as they are, it’s the path of least resistance, one in which they have form. Remember the ‘debt and deficit’ farce?

But, the results can be devastating for an Opposition. Take note! The election is not won, until it’s won. 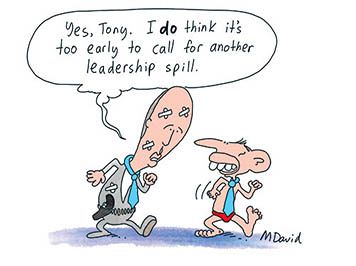 Ask Peter “the skull” Dutton, our minister for gnome affairs, whose failed messianic bid on 24 August to supplant Malcolm Turnbull as Australia’s Prime Minister is mostly responsible for the Vesuvian-strength political disruption against the Liberals in Saturday’s state election in Victoria and political rockstar Julia Banks moving to the crossbench as an Independent, severing from the Liberal Party entirely.

via For democracy’s sake, Dutton must go

When winning is all that counts( ODT)

Indonesia’s relationship with Australia could be “thrown under a bus” following Canberra’s provocative move to consider relocating its embassy in Israel, a trade expert is warning.

Malcolm Turnbull has shown, albeit reluctantly, that he will take on his predecessor publicly, if he must.

Source: Malcolm Turnbull chooses the truth defence, even if it means war with Tony Abbott

A Victorian Liberal Party campaigner who has worked in Geelong has resigned from the party amid allegations he was involved in the neo-Nazi movement.

Fairfax Media has reported that Mr Harrison was a former prominent member of the white supremacist group Church of Creativity.

In a statement, Liberal state director Damien Mantach said the party was not aware of Mr Harrison’s previous connections.

“His comments are unacceptable and do not reflect the views of the Liberal Party,” he said.

“He has now resigned from the party, effective immediately.”

“He has never been a part of my team and has never worked for the Coalition Government,” he said in a statement.

“There is absolutely no place in society for these type of comments.”

A spokesman for the Liberal MP for Corangamite, Sarah Henderson, would not confirm what role Mr Harrison played in her 2013 federal election campaign.

Mr Nelson and Mr McManus have not return calls from the ABC.