via In WA, unpaid fines are keeping Indigenous mothers in jail 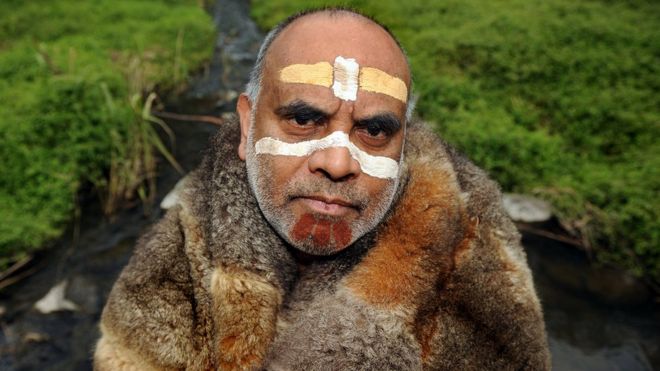 Australia is the only Commonwealth country never to make a treaty with its indigenous peoples. Why has it proven so difficult? Kathy Marks looks at the vast challenges in Victoria alone – a state that is working towards a national first. 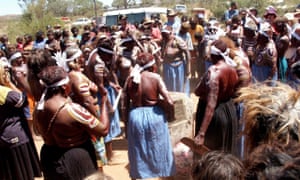 Aboriginal and Torres Strait Islanders were killed until at least 1930, often with police sanction, researchers say

That was the killing of 300 members of the Kamilaroi people at Slaughterhouse Creek, about 54km from Moree in western NSW. A group of 15 heavily armed stockmen attacked at dawn on 1 May 1838, rushing down the slopes of the ravine to the camp on the creek bed.

It came just over four months after another massacre on 26 January 1838, at Waterloo Creek, where up to 50 Kamilaroi people were killed by 26 mounted police, under the command of Major James Nunn, whose orders were to expel Aboriginal people from the region which was being opened up for farmland.

Two years earlier, another 80 Kamilaroi were killed over several weeks by squatters and mounted police.

The Waterloo Creek massacre was brought before court, but the case was dropped. Both witnesses were soldiers who had taken part in the massacre. One said three or four had been killed, the other said 40 to 50 had been “badly killed”.

Despite leaving its name on the landscape, the Slaughterhouse Creek and Waterloo Creek massacres remain a contested event in Australian colonial history.

Myall Creek: here, in 1838, a crime that would not be forgotten took place

It wasn’t the only massacre brought to trial in 1838. On 10 June, settler John Henry Fleming and 11 stockmen, armed with muskets, swords, and pistols, drove a group of 28 Wererai people into stockyards at Myall Creek, east of Slaughterhouse and Waterloo Creeks. 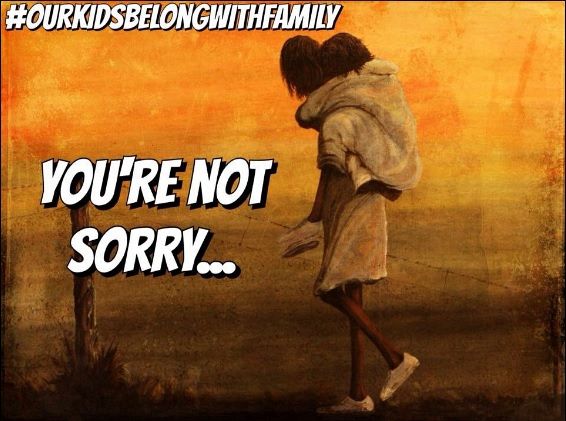 Nine years after acknowledging ills of the past, the fight is continuing for Indigenous Australians.

Source: Nine years after the Apology: We said sorry … but are we really? 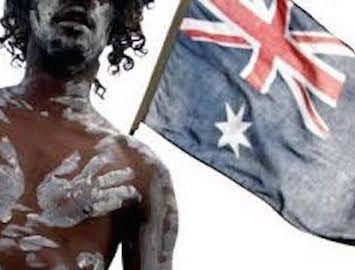 Reports indicating that the life-expectancy gap between Indigenous and non-Indigenous Australians is narrowing, are hopeful at best and do little to effect change, says Gerry Georgatos. 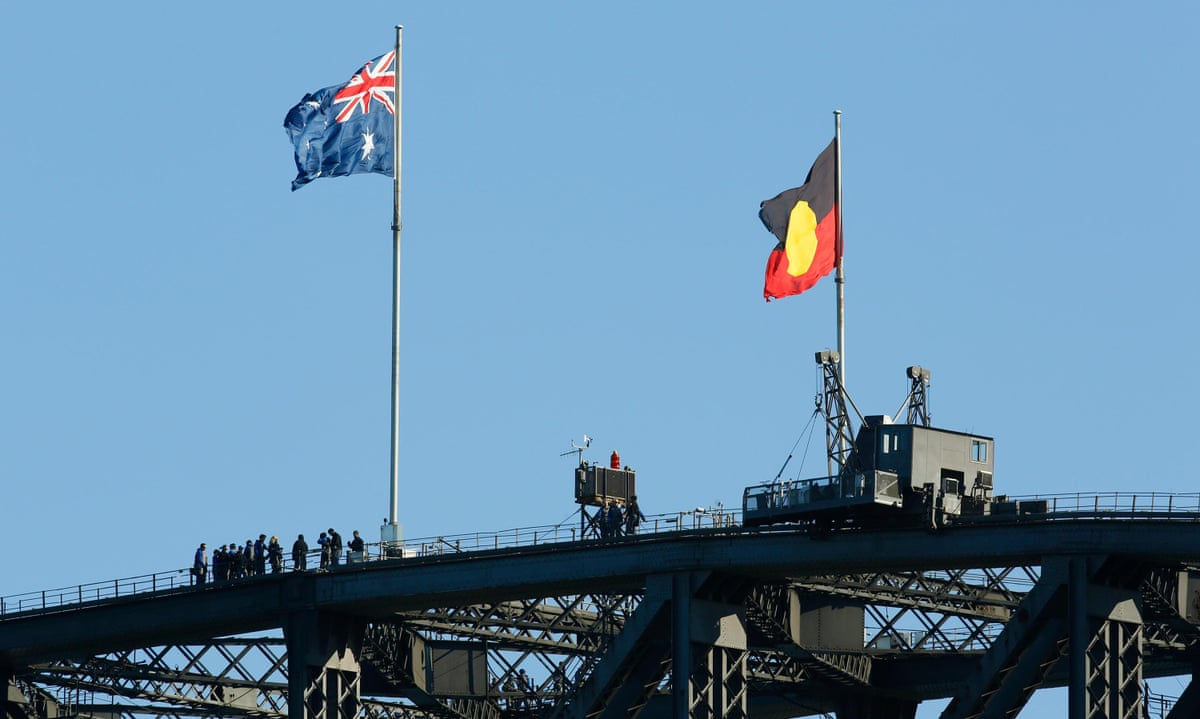 The News Corp columnist quotes my references to how racism has impacted on my people but he fails to mention my essential point: “we are better than this”

Source: No Andrew Bolt, my view of Australia is not too black and white. I speak of all our histories | Stan Grant | Opinion | The Guardian

Noel Pearson’s idea is doomed because this is a shifting centre without ground, especially in Aboriginal Australia.

Source: Noel Pearson’s hunt for the ‘radical centre’ is doomed

After his “lifestyle choices” comment, our PM seems torn between a sense of the injustice done to Indigenous people, and an awareness of the political gain of playing to the prejudices of a vocal extremity, writes Jonathan Green.

I don’t get Tony Abbott.

Remember these words, the sad and simple truth of them, spoken with earnest conviction by the then leader of the opposition back in November 2012:

“Australia is a blessed country. Our climate, our land, our people, our institutions rightly make us the envy of the earth; except for one thing – we have never fully made peace with the first Australians. This is the stain on our soul that prime minister Keating so movingly evoked at Redfern 21 years ago.”

“We have to acknowledge that pre-1788, this land was as Aboriginal then as it is Australian now and until we have acknowledged that we will be an incomplete nation and a torn people.”

And he was so right, so almost therapeutically courageous, to say what he did: “the stain on our soul”. A “torn people”, that’s the truth of us.

So much of Australia’s white history – our thoughts, words and deeds – has been aimed at either masking or denying that fundamental truth: that this country has been inhabited for millennia by peoples with a profound connection to the very earth that colonists and settlers so brazenly – heedlessly – occupied.

A collective, mysterious sense of kinship, obligation and affinity.

Which is why true reconciliation with Indigenous Australians will be an effort of open-hearted imagination as much as a thing of rational will and logic. We may not understand the Indigenous affinity for land and its yearnings, it’s probably beyond our long-ingrained cultural grasp, but it ought not be beyond our capacity to look on that relationship with minds open to other human and cultural possibilities. We might even see the imponderable vastness of Indigenous culture with both wonder and respect.

Which takes us to “lifestyle choices”, the Prime Minister’s clumsy – but then determinedly repeated – belittling of remote Indigenous life as some sort of self-indulgent tree change: a leaning on the heavy lifting Australian taxpayer.

How do we reconcile these two Tony Abbotts, the national leader who senses the “stain on our soul” but seems so wilfully blind to the possibility that removing that stain implies a respect for Indigenous Australians and their culture that would almost certainly include acknowledging a right to live on traditional lands. How to reconcile the Tony Abbott who concedes that we are a “torn people” until we conclude some conscious settlement with Aboriginal Australia and yet peddles the idea of terra nullius, arguing that pre-1778 Sydney was “nothing but bush”?

This seems a man torn between some deep personal sense of the injustice done to Indigenous people in the name of colonisation (and an even deeper sense of the impact 200 years of denial have had on the collective psyche of modern Australia) and an awareness of the political necessity of appeasing that body of conservative thought that holds that the best way of closing the gap between black and white Australia is to make the black portions disappear.

“Lifestyle choices” is a pandering to the players on the country’s hard right … the likes of Andrew Bolt who see “true racism” in any sense of self determination of separatism. But he can make that case for himself:

The Greens idea that Aborigines are imprisoned by their race, denied any choice in their destiny or even place of abode, is actually the true racism, and one unfortunately maintained by our legal apparatus. And it’s the racism which traps too many Aborigines in the poverty and dysfunction we’d never accept if they were white.

And if Indigenous Australians chose a “traditional” life? If they see that connection with their country as fundamental to their idea of self, as intrinsic to their sense of well-being and of intergenerational duty?

As former MP and now commentator, Ross Cameron, put it yesterday on Twitter:

Indeed not. But an enlightened modernity might see the benefit of encouraging the “land fetish” as both a lower cost alternative to the social destruction that would probably follow the forced relocation of outlier communities to the stressed fringes of regional urban centres, and for the simple respect it shows ancient culture and connection.

An enlightened modernity would see in that respect the seeds of its own psychological health, the means by which it might cleanse its soul of the stubborn stains of occupation.

But it seems that for the moment all of that, those ideas held by the better angels of our Prime Minister’s nature, can go hang.

The immediate priority is not the enduring cause of the post-colonial Australian settlement, nor any helpful contribution to the simple nuts and bolts of modern-day Aboriginal disadvantage and aspiration.

For the moment it seems the greater cause is the health of Tony Abbott’s internal political position. A state enhanced – it seems on the recent evidence – by playing to the prejudices of a vocal extremity, a body of opinion with little sway in the broad voting community, but no end of influence in the Liberal Party room.

Which takes us to the even greater pity of this whole “lifestyle” affair: that we seize on this story not because of the intrinsic newsworthiness of Aboriginal affairs, but rather because of the intrinsic newsworthiness of Abbott gaffes, an alternate universe in which we parse the prime ministerial language without heeding its real world impact: divorcing the sometimes fallible substance of his words from their meaning.

We’ve paid little heed to the West Australian Government’s slow steps toward Aboriginal dispossession for months. But we can’t get past the spectacle of the PM with his foot in his mouth.

It’s a pity that focus on one won’t bring benefit to the other.

Jonathan Green hosts Sunday Extra on Radio National and is the former editor of The Drum.