Scott Morrison attended a Pentecostal national convention on the Gold Coast last week, at which he shared with those gathered his belief that he and wife Jenny have been “called to do God’s work”. 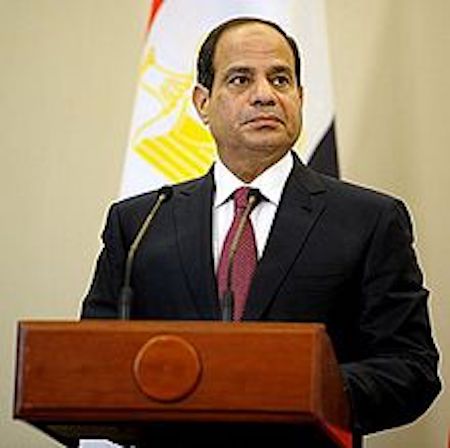 U.S. President Barack Obama’s ambitions to reduce carbon emissions and lead the world toward a treaty on climate change are about to collide with an unyielding Oklahoma “mountain man.”

Republican Sen. James “Mountain Jim” Inhofe, 80, is a self-proclaimed climate change denier – in 2012 he published a book called The Greatest Hoax: How the Global Warming Conspiracy Threatens Your Future – and in January, when Republicans take control of both houses of Congress, will return as chairman of the Senate Environment and Public Works committee.

It’s a powerful job that gives him control of the environmental legislative agenda on Capitol Hill and allows him to hold to account White House emission reduction initiatives. This inevitably will place him at odds with Obama’s legacy goals of guiding the U.S. – and the world – toward a clean energy future.

Equally important is the fact he will become a pivotal player within a Republican Party deeply divided on whether climate change is man-made and, if so, what the role of government should be in dealing with it.

“There is a struggle going on, some even call it a civil war, within the Republican Party over this issue and others,” Prof. Tony Leiserowitz of the Yale Project on Climate Change Communication said.

Inhofe will play an important role in rallying the conservatives, who have proven unassailable adversaries. The question is whether his ideology ultimately will shatter against the hard rock of reality.

“That’s when ideology is forced to confront itself and look itself in the mirror and say OK what’s more accurate, my ideals or the way things look on the ground,” Leiserowitz said. “Eventually, usually, ideology finally gives way. But it doesn’t give way easily.”

If there were any doubt about his determination to unravel Obama’s climate policies, Inhofe last week put them to rest: “The president’s climate change agenda has only siphoned precious taxpayer dollars away from the real problems facing the American people. ” Inhofe, who declined to be interviewed before he is officially elected chairman, has promised to scuttle any possibility of an international treaty coming out the United Nations climate negotiations in Paris next year.

Environmental groups are girding themselves for a fight.

“Sen. Inhofe is an avowed opponent of reducing carbon pollution and moving toward clean energy,” Keith Gaby of the Environmental Defense Fund said. “The fact that he holds this position means that there will be some really high-profile fights.”

The hope is that the moderate faction of the party will prevail. “If Sen. Inhofe interprets this as a mandate to dismantle environmental protections and climate protections I think he’s going to quickly realize that he’s making a very unpopular choice,” Gaby said.

Of that, however, there is indeed little certainty. Americans’ climate change beliefs trend toward the fickle. Polls show belief in climate change reached its peak in 2007. After the 2008 recession – when media coverage of climate change dropped by up to 90 per cent and when the Tea Party gained popularity – that belief dropped 14 percentage points. It has yet to work itself back to 2007 levels.

(Canadians’ belief in manmade climate change, on the other hand, has remained over the past decade relatively steadfast, recently rising to 87 per cent, according

to a Université de Montréal poll. Compare that with 50 per cent of Americans.)

On the international level Inhofe has campaigned against global climate treaties and actively worked to assure that the Senate never passes climate legislation.

Yet while his biggest donors come from the fossil fuel sector, his motivation is both ideological and religious.

When debating climate change, he quotes Genesis 8:22: “‘As long as the Earth remains there will be seed time and harvest, cold and heat, winter and summer, day and night.’ My point is, God’s still up there. The arrogance of people to think that we, human beings, would be able to change what He is doing in the climate is to me outrageous.”