An October 2-3 opinion poll conducted by Yahoo and YouGov from Friday-Saturday, when the public knew about Trump having fallen ill, found that they blamed him

Trump Prospects Plummet as Public blames him for Illness, Independents desert him over Debate Bullying

Will we now see policy discussions and debates in the media? No Effen way. (ODT

Trump has COVID-19: More evidence that he’s always put his ego ahead of public health | Salon.com

US President Donald Trump has signalled he might not accept rule changes for upcoming presidential debates, which organisers have said will be needed to reign in unruly behaviour.

US Presidential debate: Trump signals he might not accept changes to format

The truth is, the European leaders feel alone because they know that what Trump has dismantled cannot be rebuilt so quickly and so easily,” she said. “As for the others, Putin, Bolsonaro, Erdogan, they must be telling themselves what we already knew: They can do everything, because the US isn’t a leader anymore.”

So many important discussions this nation must have are being hijacked by sensationalist scaremongering and the caterwauling from the extreme right.

In true Trump fashion, racial profiling is on the rise. Muslims, Africans and asylum seekers are vilified in a frenzy of xenophobia. Aboriginal disadvantage is due to laziness and giving them too many free handouts.

We can’t even fix the tragic plight of the refugees on Manus and Nauru. They are “quietly” bringing people here they tell us in media reports that are supposed to satisfy the growing calls for immediate action whilst saying “shhhhhhh don’t tell anyone”. At the same time, to satisfy the indignant right, they continue to fight tooth and nail in court to stop these people being freed.

Any discussion about migration quickly simplifies to they are taking our jobs, making housing unaffordable, and clogging our cities.

A letter to Andrew Bolt from Julia Baird and it’s polite. What Bolt calls “free speech” is privatized product and locked in contracted speech. The merger of Ch 9 and Fairfax will concentrate media into 2 companies controlling 82% of our media and consolidating speech supporting  less than 5% of the nation who can afford to buy the advertising space and skewed to content supporting the LNP. We need the ABC more than ever and the LNP are intent on insuringthe demise of the public broadcaster. The only broadcaster devoted to the principle of free speech and questioning the veracity of those making it. Tony Abbott put the nail in the coffin of Radio Australia the once heartbeat of the Pacific by cutting ABC funding by $200mill and 1985 levels. Since then with our disintersest in Foreign Aid we have simply given that space to China and are now blaming the Chinese for what was obvious in order to retain some domestic votes at the expense of what was a once positive relationship. Turnbull is the highest paid PM in the world nothing but the best for he and the LNP spells nothing for Australia. (ODT)

It would be far better if think tanks were legally required to reveal all funding, so we can best assess contributions to public debate. This includes the likes of the Australia Institute, the McKell Institute, the Centre for Independent Studies and the Sydney Institute, as well as the IPA.

The Australian media landscape is increasingly spotted with large silos and part of the reason for that is the fact that a large number of prominent conservative commentators – like Chris Kenny, Ross Cameron, Rowan Dean – have exclusive contracts with Sky and will not appear elsewhere.

It also means that some of the loudest critics of the ABC can’t or won’t come on the flagship daily panel show (The Drum) just to discuss ideas. Some conservatives ask for money to appear. Some will say privately that they don’t want the attack, that there is little incentive to cross silos just to be abused on Twitter.

Some examples: in recent months, Kenny and Cameron, we’ve asked Janet Albrechtsen – who politely declined – Rita Panahi – who said The Drum was a “terrible show” – and Gemma Tognini- who has a contract with Sky – to come on the show. I won’t name them all as our door remains chocked open (Gerard Henderson, I am looking at you).

Silos are about gathering armies, about attack, and the casualties are civility and persuasion. It’s taking more and more muscle to carve out public spaces for argument, not antagonism, and for talking, not trolling.

If you have only conviction without persuasion, you won’t convince anyone.

via Shouting down your opponents just cements the silos 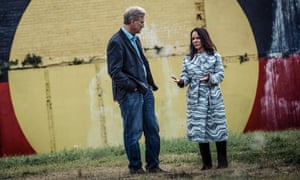