Now at Fox of course it’s all about the money. Back in the 60’s DJ’s were paid to play records to insure higher ratings on Billboard whch translated to higher sales it was called “payola” That cash flow was eventually stopped. How is it Murdoch and Roger Ailes were allowed to apply the same formula with the NEWS. These days the money isn’t delivered in brown paper bags. It comes in the for of NDA contracts. (ODT)

According to a new report from ProPublica, Solomon was involved in an apparent pay-to-play operation at The Hill, involving him courting a conservative group for a six-figure advertising deal and also quoting its director in the Hill’s news content. 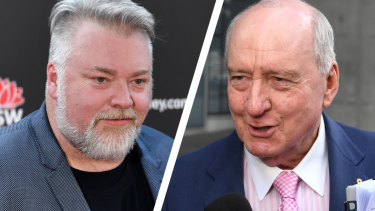 2GB is no longer Macquarie and CH9 would readily sack Jones a smaller cog in a much bigger wheel. (ODT)

A veteran radio executive puts it bluntly: “Alan’s a big fish at Macquarie but a small fish at Nine,” he says, pointing to the company’s portfolio of TV stations, newspapers, websites, streaming service Stan and real estate brand Domain. “He makes a lot of money but Nine won’t sit back and let him taint their whole reputation.”

While Jones insists his Ardern comments were a “mistake”, his detractors pointed to his growing rap sheet: calling for Opera House chief executive Louise Herron to be sacked last year for not allowing advertisements to be projected onto the building; suggesting that former Prime Minister Julia Gillard ought to be “thrown in the sea“; reading a text message on-air in the lead-up to the 2005 Cronulla riots, urging “Aussies” to “support the Leb and wog bashing day“; and a $3.74 million defamation payout in 2018 to a family Jones wrongly implicated in the deaths of 12 people.

The Alan Jones dilemma for 2BG: ratings versus revenue 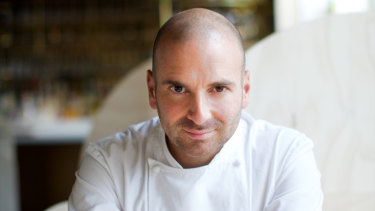 Rupert Murdoch’s media empire in the US has siphoned off $4.5 billion of cash and shares from his Australian media businesses in the past two years, virtually tax free.

A University Is Not Walmart.