The Doomed Fallacy of Jobs and Growth (Part 2)

via Median income: Do You Earn Enough? Find out the annual median income for your profession

While companies might reap significant gains in productivity from automating certain jobs, this won’t necessarily lead to pay rises for everyone. 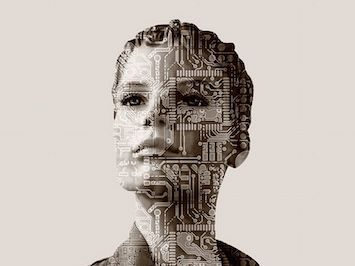 It’s almost scary to think that the world as we know it may well be run by Artificial Intelligence (AI) one day.

Source: Artificial Intelligence: Will it really terminate the labour force? Bill Shorten needs to be better prepared with some specifics when asked about Labor’s plan for job creation. Obvious answers are the renewable energy industry and building infrastructure but there is one Labor initiative that never rates a mention that will create jobs in every part of Australia – the NDIS. In July, the Productivity…

Source: Labor should get specific about job creation – » The Australian Independent Media Network

10 careers with the most psychopaths per capita – Salon.com.

The Federal Government is planning to axe another 175 agencies in a bid to save more than half a billion dollars over four years.

Finance Minister Mathias Cormann is set to make the announcement as part of the Government’s budget update on Monday.

Among those agencies set to be abolished are the Diabetes Advisory Group, Anzac Centenary Public Fund Board and the Local Government Ministers Forum.

“The goal is to ensure the Government is as big as it needs to be but as small as it can be,” he told Sky News.

Have your say: What do you think of the Government’s plan to abolish 175 agencies?

“We believe that we inherited a bloated public service from our predecessors and part of our effort to repair the budget is to ensure that the administration and the operations of government are as efficient and as effective as possible so that they deliver the best possible services to people across Australia, at the lowest possible cost.

“A lot of these bodies are responsible for similar areas of responsibility. There’s a lot of overlap, a lot of duplication… what we’ve set out to do is, wherever possible, ensure these functions are streamlined.”

The Coalition has already axed 76 government bodies since coming to office last year.

As the Government prepares its mid-year economic update, take a look at the progress of some of its major initiatives.

Opposition Leader Bill Shorten criticised the proposal saying now was not the time for the Government to be cutting jobs.

“The Finance Minister’s talking gobbledegook… it’s a cliche masquerading as an economic policy,” he said.

“All the smart economists around the world say that when you have an economy that’s in danger of contracting, it’s not the role of government to speed up the contraction.”

The proposed scrapping of agencies comes after Treasurer Joe Hockey revealed the budget deficit would be worse than the Government had previously forecast when it releases the Mid-Year Economic and Fiscal Outlook (MYEFO) on Monday.

Mr Hockey said the drop in iron ore prices and others factors such as Labor blocking spending cuts would ensure the budget did not return to surplus in 2018 as previously forecasted.

He said more cuts would be announced next week.

“The savings we’re announcing are not going to have a negative impact on the Australian economy.”

Last May’s budget forecast a $30 billion deficit this financial year, and the Treasurer said that figure would now be much worse.

Merrill Lynch Australia chief economist Saul Eslake said he expected the deficit to have increased by about $5 billion or more.

“There’s no doubt given the faster than expected decline in commodity prices and the slower than expected wages growth compared with what was forecast in May, that the deficit will be bigger than had previously been forecast,” Mr Eslake said.

He said the Government was unlikely to make any significant changes like tax hikes.

“Given that the economy is weaker than expected to have additional discretionary fiscal measures that is spending cuts or tax increases would only serve to weaken the economy at an inappropriate time,” he said.

“So the Government’s going to have to wear the political embarrassment of the deficit being bigger than it had forecast and taking longer to return to surplus than it had previously promised.

“Compared with the alternative of raising taxes again or cutting spending which would adversely affect the economy, I think they’re making the right choice.”

Mr Eslake said the Treasurer’s May forecasts were not conservative enough and iron ore prices had fallen considerably more than the Government and other experts had expected.

“When the budget was brought down, the iron ore price was something like US$120 a tonne and the Treasury had forecasted it would be around $90 a tonne in the current quarter that was lower than most people were forecasting at the time,” he said.

“I don’t think it’s there to be critical of the Government’s … numbers, you can make judgements about whether the measures the Government was proposing to correct the budgetary situation were the best that could have been chosen but that’s a separate argument altogether.”

The Australian economy is heading down a slippery slope. Successive data released by the Australian Bureau of Statistics this week is all pointing in the same direction. Last week the national accounts figures showed national growth below trend at 0.3% for the September quarter, and annual growth at 2.7%.

A growth rate of 3% is necessary just to maintain the existing workforce. Therefore, it was no surprise that Thursday’s employment figures for November showed a further increase in unemployment of 0.1% to 6.3%. Worse still was the finer detail. There were only 1800 new full time jobs created and 40,800 part time jobs. The creation of only1800 full time jobs in November is a damning indictment of the government’s fiscal policy.

It means the underutilisation rate, i.e. the total of unemployed and underemployed, has reached 15%. In body count terms that is a total of 1,848,100 people either not working or working reduced hours. That figure by any measure is a crisis. It is a clear indication that the government’s economic policy is a failure and shows that Joe Hockey’s austerity economics is taking precedence over the need to tackle unemployment.

The government in its infinite stupidity still thinks it needs to cut spending. The lunacy of this thinking can be demonstrated quite simply. To continue trying to reduce the fiscal deficit while industry is in the doldrums will lead to depressed output, a continued reduction in the national income which in turn will cause a reduction in demand; in short, a never ending downward spiral.

This will lead to further unemployment and less tax revenue, which means the fiscal deficit will continue to rise anyway. Little wonder then that the Consumer Sentiment Index also released this week shows further decline and is now down to the same levels experienced during the GFC.

Why is this not obvious to Joe Hockey?

The index was 105 index points in December 2013 and today it is 91.1 points, a slide of 14% in one year. In fact this decline started with the end of Kevin Rudd’s fiscal stimulus. These figures may not mean much to the average man or woman in the street who still has a job, but they are a sure-fire indicator that worse is to come. That should make those who are employed, either full or part time, feel very nervous.

In the words of Bill Mitchell, Professor of Economics at the University of Newcastle, New South Wales, “The Government should abandon their ideological obsession with supply-side punishment regimes and realise that the unemployed cannot search for jobs that are not there.” The government’s policy settings are all wrong and they will continue to worsen unless a well planned and executed stimulus is put in play.

If Joe Hockey cannot see what is coming, he should not be in the job. The present policy of fiscal austerity is counter to the OECD working paper released December 9, 2014, entitled – Trends in Income Inequality and its Impact on Economic Growth – by Federico Cingano.  The paper’s major findings were that the gap between rich and poor was at its highest level in 30 years, that income inequality and underinvestment in education were the major contributors to this gap and that promoting skills and learning across families and youth was paramount in arresting job decline and promoting growth.

As Bill Mitchell says, “We need a government to get involved in providing public services and infrastructure particularly to low income groups.” The current neo liberal philosophy of supply side economics is a proven failure and by pursuing it our government is taking us down a slippery slope to economic disaster.

And what is our government doing at the moment? They are trying to stifle youth education and engage in austerity economics in a vain effort to return to surplus. This is madness. We need a job creation program now, one that is backed up by skills training in areas that will increase production to meet demand.

If we continue with Hockey’s austerity program, by this time next year unemployment will likely be close to 7%, revenues will have further declined and welfare payments increased to such an extent that the deficit will break through $50 billion. It is already $34 billion compared with the May budget estimate of $29 billion.

There is no joy in saying those figures will be the end of the Abbott government. The misery of those who will be unemployed and underemployed, part of a sub-class of Australians, the legacy of a failed economic policy, will be more than enough for an incoming government to deal with. To avoid a looming catastrophe we need a job creation program now or we travel down the road to perdition in more ways than one.

But don’t take my word for it. Read Bill Mitchell’s most recent blog. 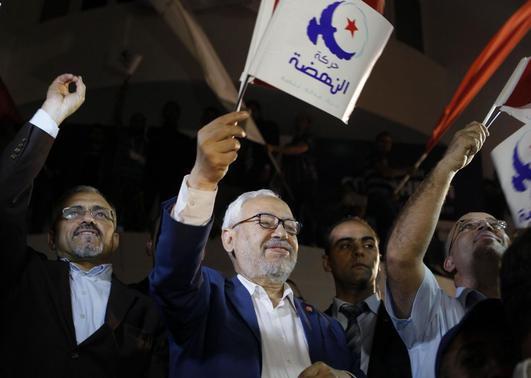 (Reuters) – Tunisia’s Ennahda party, the first Islamist movement to secure power after the 2011 “Arab Spring” revolts, conceded defeat on Monday in elections that are set to make its main secular rival the strongest force in parliament.

Official results from Sunday’s elections – the second parliamentary vote since Tunisians set off uprisings across much of the Arab World by overthrowing autocrat Zine El-Abidine Ben Ali – were still to be announced.

Tunisian militant fighters have long been prominent among jihadis in foreign wars dating back to the 1980s Soviet occupation of Afghanistan, and more than 3,000 are estimated to be fighting for Islamic State now in Syria and Iraq.

While the role of Islam in politics overshadowed the first election in 2011, jobs, economic opportunities and Tunisia’s low-intensity conflict with Islamist militants were the main concerns of a country heavily reliant on foreign tourism.