His defence “ACCIDENT”. He didn’t pack the boxes or know he had them. Besides he doesn’t read. The best the FBI secretly planted the boxes an documents he’d “Declassified”.

The FBI recovered documents labeled “top secret” from Donald Trump’s Mar-a-Lago estate in Florida, according to court papers released after a federal judge unsealed the warrant that authorised the unprecedented search this week.

A property receipt unsealed by the court on Friday shows FBI agents took 11 sets of classified records from the former president’s estate during a search on Monday.

The property receipt is a document prepared by federal agents to specify what was taken during a search. 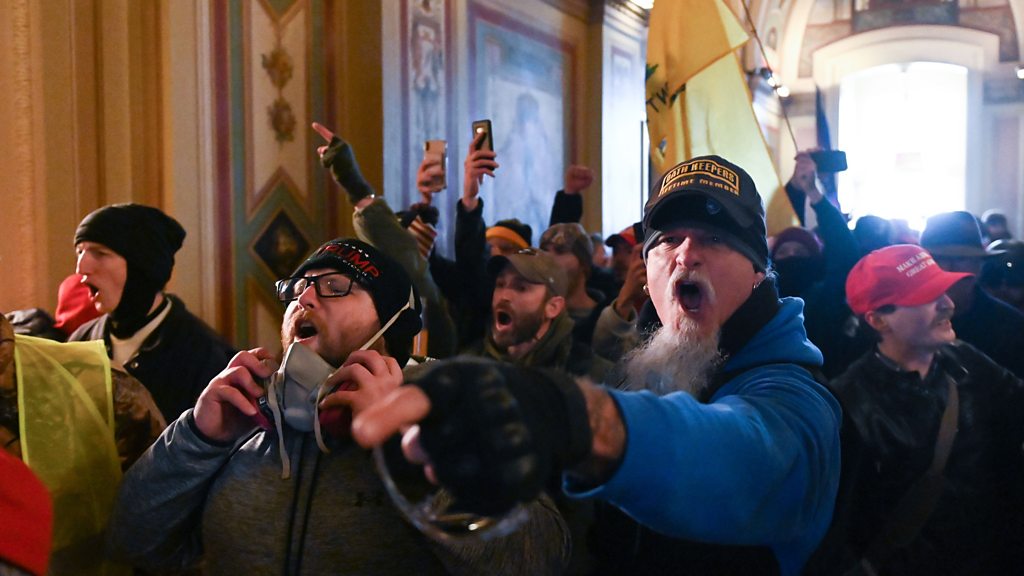 White terrorists are given free reign on Murdoch media in Australia and the UK just as they are in the U.S. So much so there wouldn’t have been a massacre in a mosque in Christchurch NZ. Sky News had been providing  the platform for White Nationalist Extremists for years and were and still are the echo chamber of hate and division. They were ignored by ASIO and our Federal Police but cut off by NZ when trying to broadcast the murderous mayhem live. They are still ignored today despite the fact 66% of the media complaints are against Murdoch Media.

Just as Trump is calling for his supporters to Stand down, Stand By, and Prepare for a  repeat of Jan 6th, but this time  across all the USA. Murdoch media incites and encourage mayhem and is still the major private corporate fake news and media provider in the country. The LNP government continues to dance to their tune. It’s difficult to tell who is the monkey and who’s the organ grinder in their quid pro quo coupling. One thing is certain they want the ABC Australia’s most trusted public funded News source gone.

At the same time, this country’s security agencies failed epically in their treatment of Muslim Americans after the 9/11 attacks by infringing on their civil liberties, while abridging or disregarding constitutional protections for millions of innocent people. Faiza Patel, co-director of the Brennan Center for Justice’s Liberty and National Security Program, points to congressional reports that question the value of all this monitoring of an American minority, not to speak of the absurdities it has entailed. As she put it, “Often, the reports singled out Muslims engaged in normal activities for suspicion: a [Department of Homeland Security] officer flagged as suspicious a seminar on marriage held at a mosque, while a north Texas fusion center advised keeping an eye out for Muslim civil liberties groups and sympathetic individuals and organizations.” In such a world, even Muslim Americans active in peace centers become inherently suspicious, but heavily armed white nationalists in motels just outside Washington aren’t. 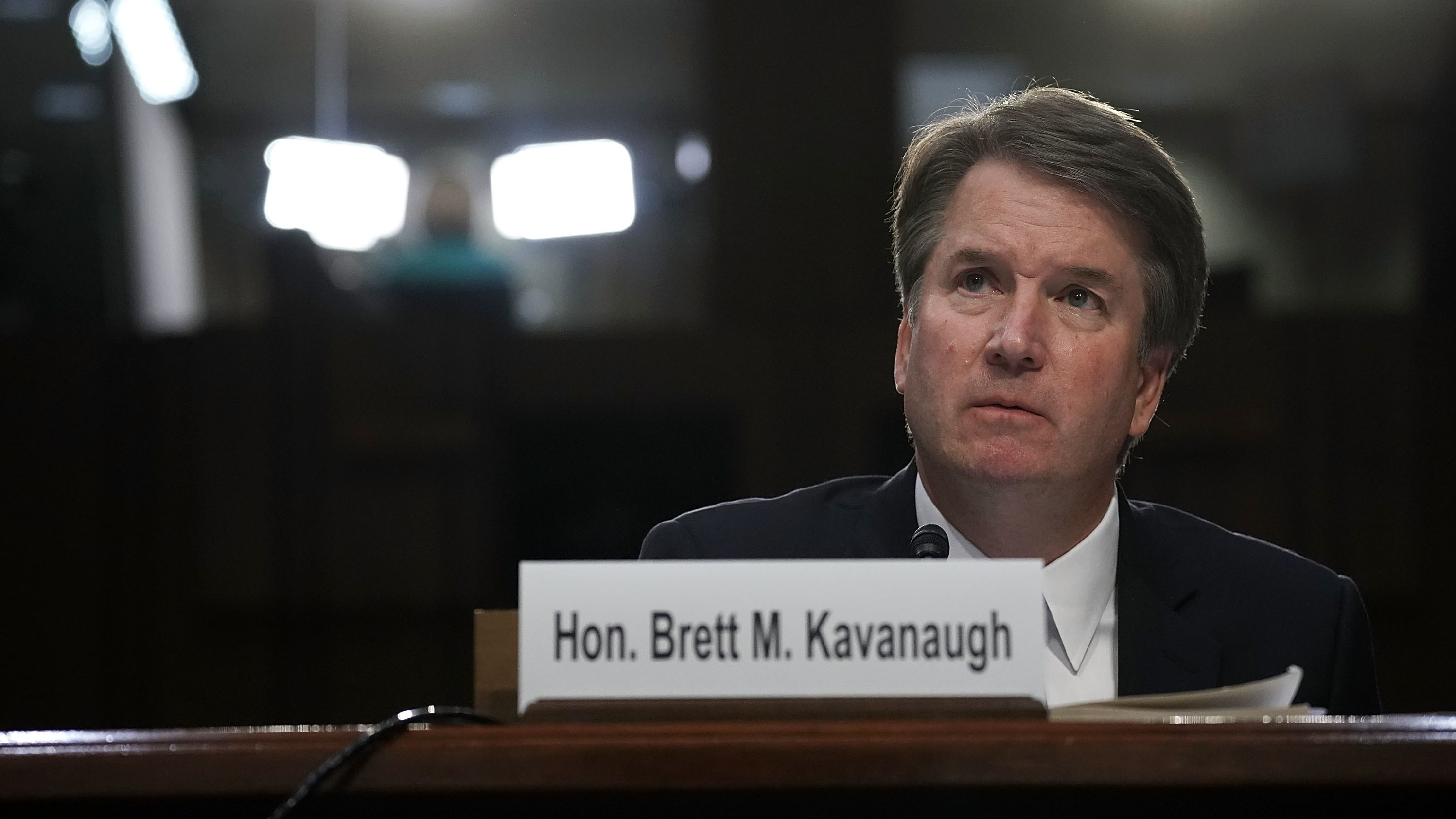 They, with Alito, are the Supreme Court majority. The ones who all but ended voting rights and allowed for even more secrecy in dark money to flood our system. What they have planned for next session is even worse. The Supreme Court is packed with dangerous ideologues, and a few corrupt ones, too. Now President Biden and Democrats have a chance to, well, unpack it. To dilute the Trump/RNC/Koch/Federalist Society’s malign influence and balance it out with four or six or however many additional justices. It is imperative. It is existential.

Source: The FBI Apparently Lied about Investigating Kavanaugh. What Are Democrats Going to Do about It? | The Smirking Chimp 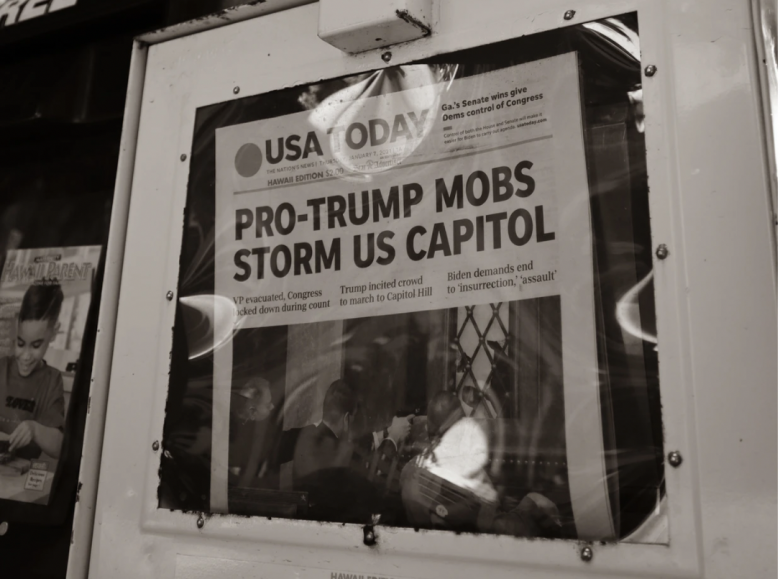 The FBI had its largest number of arrests related to January 6, this week. Those weekend warriors for Trump are flipping, fast. By David Neiwert 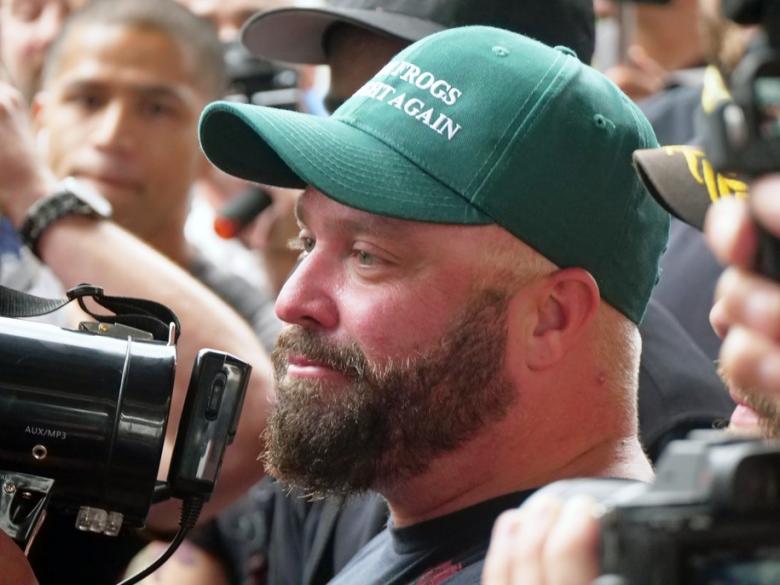 The FBI’s Christopher Wray testified to the Senate earlier today that there is no evidence that Antifa or fake Trump supporters were part of the insurrection against the U.S. government on January 6th.

FBI Director: No Evidence Of ‘Antifa’ Or ‘Fake Trump’ Supporters At MAGA Riot | Crooks and Liars 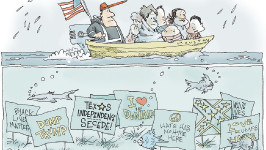 Previously unreported documents disclose that by April 2016, authorities believed that “anarchist extremists” were the primary instigators of violence at public rallies against a range of targets. They were blamed by authorities for attacks on the police, government and political institutions, along with symbols of “the capitalist system,” racism, social injustice and fascism, according to a confidential 2016 joint intelligence assessment by DHS and the FBI. Following President Donald Trump’s firing of FBI Director James Comey, conservative media floated extreme right-wing personalities to lead the FBI. These possible FBI director replacements have a history of racist and anti-Muslim comments often made on Fox News, and their records demonstrate they can’t be trusted to lead the bureau impartially

Source: These Are The Candidates Right-Wing Media Are Floating To Head The FBI

Trump never complained that Comey was too hard on Hillary Clinton until he needed a reason to fire him.

From the May 9 edition of CNN’s The Situation Room with Wolf Blitzer:

James Comey has been fired, following his “correction” to his testimony last week.

In yet another twist in the US presidential campaign, the new tranche of emails first referred to by the FBI’s James Comey reveal there are literally hundreds of hot singles in the New York area ready to meet Hillary Clinton.

The emails, which were leaked to media today, show that the singles contacted Mrs Clinton looking to connect with like-minded, fun-loving people up for a good time. While some messages claimed there were no strings attached, others did not explicitly state this, leading to further claims of potential corruption.

Disturbingly, there also seems to be a Russian link to the emails, with at least one referring specifically to unmarried Russian women ready to connect right now.

The emails, which were sent to an address on Mrs Clinton’s private email server, also include hundreds of messages seeming to offer significant financial support in return for small favours, such as a bank account number.

Donald Trump has pounced on the emails, saying it is further proof of corruption. Although he added he had many, many single woman contacting him all the time. 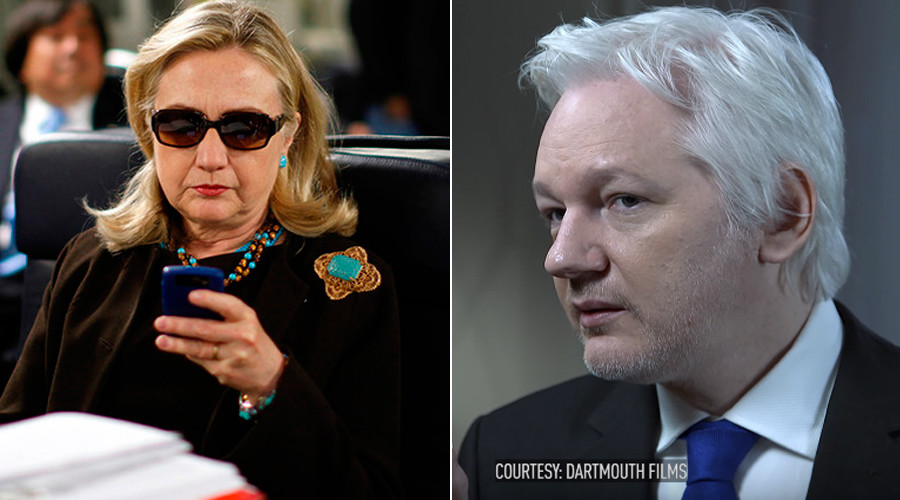 FBI director James Comey has said he “will have failed” if he doesn’t make the agency less white.

Source: Maybe The FBI’s Love For Trump Has Something To Do With How Extremely White And Male It Is

His carefully maintained nonpolitical image is now starting to fray.

Has the bureau investigated this material?

Source: A Veteran Spy Has Given the FBI Information Alleging a Russian Operation to Cultivate Donald Trump | Mother Jones

FBI Director James B. Comey’s stunning announcement that he has directed investigators to begin reviewing new evidence in the Clinton email investigation was yet another troubling violation of long-standing Justice Department rules or precedent, conduct that raises serious questions about his judgment and ability to serve as the nation’s chief investigative official.

We know the Orlando shooter was employed by a company with sensitive Homeland Security contracts. He was also interviewed by the FBI twice, so we must ask if he was goaded on like many others, said Daniel McAdams, executive director of the Ron Paul Institute.

Source: ‘Majority of terrorist attacks in US initiated by FBI, not terrorists’ — RT Op-Edge

By Derrick Broze at theantimedia.org   On Wednesday, the Director of the Federal Bureau of Investigations said the agency has no evidence the married couple accused of killing 14 people in San Bernardino, California earlier this month had any connection to an active terror cell. This …

Source: Yet Again, the Media Got the Facts Wrong About the San Bernardino Attacks AnonHQ

We spend the hour with an explosive new film that shines a bright light on the FBI’s shadowy use of informants in its counter terrorism sting operations. These undercover operatives are meant to root out would-be terrorists before they attack. Since 9/11, they have been used to prosecute at least 158 people. But critics argue they often target the wrong people, “including those with intellectual and mental disabilities, and the indigent.” “(T)ERROR” goes inside the world of a particular informant who has played a key role in several major terrorism cases. It does so while he is in the middle of carrying out his latest sting operation. It came together when two independent filmmakers gained unprecedented access to follow Saeed Torres, whose undercover name is “Shariff,” a 63-year-old former black revolutionary turned FBI informant, as he monitors a white Muslim convert named Khalifah al-Akili. Torres knew one of the directors, Lyric Cabral, and after he came out to her as an informant, he agreed to share his story, without informing his superiors. As the film unfolds, al-Akili begins to post on his Facebook page that he suspects the FBI is targeting him. The filmmakers used this an opportunity to approach him, and soon find themselves interviewing him at the same time they are also documenting “Shariff” monitoring him. During this time each man remains unaware that the filmmakers are talking to the other one. We get the rest of the story when we are joined by the filmmakers who co-directed “(T)ERROR,” Lyric Cabral and David Felix Sutcliffe, and play part of an interview with al-Akili from federal prison. Al-Akili was arrested just days after he emailed civil rights groups to say he believed he was the target of an FBI “entrapment” sting. He is now serving eight years in federal prison for illegally possessing a gun after having previous felony convictions for selling drugs. We are also joined by Steve Downs, executive director of the National Coalition to Protect Civil Freedoms. He works with Project SALAM, which published a report last year called “Inventing Terrorists: The Lawfare of Preemptive Prosecution.” He is also representing imprisoned Pakistani scientist Dr. Aafia Siddiqui. We are also joined by Marlene, the mother of Tarik Shah, who was arrested in 2005 after a jointFBI/NYPD sting operation that also involved Saeed “Shariff” Torres. She details in the film how Shah thought Shariff was his close friend, but he was actually an FBI informant.