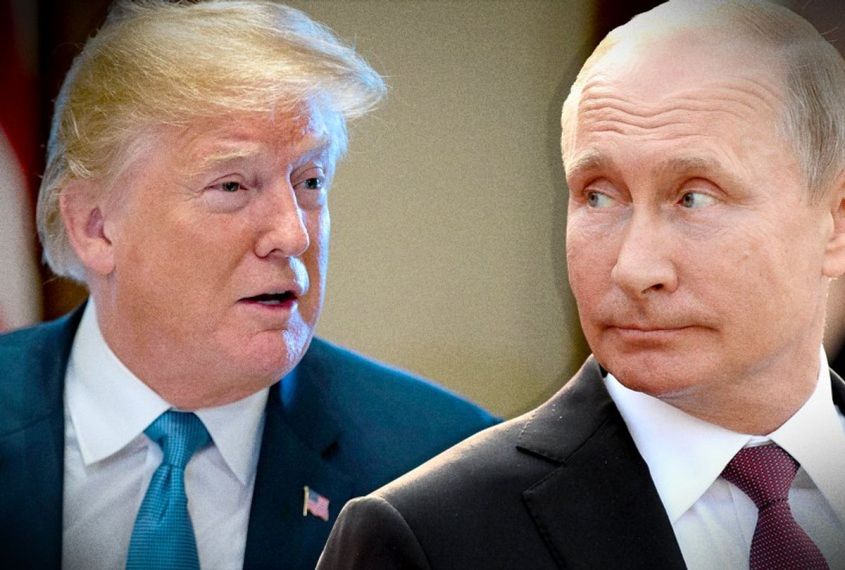 Utilizing Putin’s playbook, Republicans make a mockery of free and fair elections. Putin, for his part, falsified election results and “managed” the electoral process by limiting who – and which parties – could actually stand for elections.

In contrast, U.S. Republicans do their “managing” a bit more obscurely, but even more harmfully for the whole idea of democracy. They are actively engaged in a campaign to disenfranchise voters from ethnicities and geographies that are not promising “hunting grounds” for the Republicans.

The US is wealthy per capita, so it should have a high chance of continuing to transit to more democracy, not less. So why is the place falling apart? Well, I called the system capitalist democracy, and that is increasingly a contradiction. American capitalism is unhealthily dominated by monopolies and is marching toward a world of billionaires on the one hand and of workers barely making it on the other. Economic insecurity has increased, which is associated with heightened racism as ethnic groups feel they are competing for a shrinking pie. Remember I said that in 2014 the losers in Libya’s election refused to go home or to acknowledge the rules of the game? And I said that then Libya fell into civil war? And now I am saying that in 2021 a substantial section of the Republican Party doesn’t want to go home after losing and also does not agree on the rules of the game? You do the math.

The political malaise currently gripping Australia is made all the more poignant when an iconic leader of the past leaves us.

Whatever your political bent, the passing of Gough Whitlam reminds us of a time when leaders helped shape what the country would become and what it meant to be Australian.

The visionary jingoism of Gough’s time is now a relic of the past. The benefits and complexities of living in a globalised, multicultural world is giving rise to two conflicting ideologies.

The first is a new kind of humanist consciousness, which is often at odds with national policy making and the second, an ever more insular hyper capitalism in which organisations shape policy and democracy ‒ of, by and for the people ‒ takes a back seat to capital markets.

For any nation looking to prosper in a world becoming more connected ‒ where nations are increasingly dependent on one another ‒ forging your own path, living to your own values is sadly seen as politically dangerous and diplomatically reckless regardless which party you represent.

In the past twenty years, Australia has moved from being the envy of the world ‒ a strong, free, principled, fair and welcoming society ‒ to becoming a more mean-spirited, intolerant, arrogant and crude sidekick of Westminster and the Oval Office. This transition was intended to endear us to larger, richer, stronger nations thought to be in the best position to protect and support us . From whom I still have no idea.

It is true that Australia’s relationship with the United States and Britain provides us with benefits, but does it deliver enough value to compensate for the damage it has and continues to cause to our freedom, our democratic rights and our national identity?

I am not yet forty years old, but in my lifetime we have gone to war in Iraq three times. We have destroyed a nation on the other side of the world that never threatened nor attacked us.

Confusingly, however, we allow the genocide of impoverished people in Africa without raising an eyebrow. We stand silently as a generation of people fight for freedom and democracy in Hong Kong and Tibet and we say nothing.

Our diggers went to war in Europe, Korea and Vietnam, fighting for the principles of democracy, fighting for freedom of all people — and yet now, when others want to secure that very same right, we remain silent; the aggressor is a major trading partner and heaven forbid we offend the golden goose.

It seems our moral conscience has a price and our federal politicians have been under instruction to sell, sell, sell!

The reason Australia teeters on the edge of a moral identity crisis is that we have allowed the slow, steady erosion of our democracy. The leadership required to turn the ship around ‒ visionary leadership and political courage like that provided by Whitlam ‒ simply cannot exist in today’s political system. A system which has nothing at all to do with delivering the will people and everything to do with power and partisanship.

In 2006, the ABS counted political party members at just 1.3% of the Australian adult population — yet political parties are required to deliver the outcomes sought by their members.

But what about the other 98.7% of voting aged Australians, who want their politics, sans entrenched ideology?

There is no other environment in the world in which the selection of a leader based on capacity, merit and intelligence could install Tony Abbott ahead of Malcolm Turnbull.

Only political party politics ‒ a system that relentlessly protects its base, operates with factions and is driven by powerful ideology ‒ could provide Australia’s current Cabinet.

Change is not just inevitable, it is vital for our survival.

Everything in your world has been innovated in the last forty years — your technology, entertainment, job, food, medical support, transport, travel, telecommunications and a thousand other things. My grandmother is 98 years old and today’s world is unrecognisable from the world she was born into, just as it is unrecognisable from the world she lived in when she was the age I am now.

Everything has changed, been innovated, evolved and been improved.

Yet, our system of government ‒ which is older than my grandmother and is intended to serve our entire society ‒ has remained unchanged. Real democracy requires a complete overhaul of what we the people are prepared to accept from our representatives.

Real democracy that will deliver nation building demands an informed constituency, accountability of representatives, transparency and removal of all corporate donations and lobbyists; a system based on merit, an agnostic non-partisan approach to all issues, a fact based solutions oriented commitment from all sides of politics and equality of opportunity for those willing to participate and commit themselves to civic duty.

Many people across the globe are exploring what Democracy 2.0 might look like and it is time Australia joins the conversation.