COVID-19 is destroying the foundational ethos of individual liberty and small government, to the point where conservatives have been at sea, unable to respond effectively to the health crisis. It comes down to serving the public interest versus the self interest of elites and vested interests, which is not a conflict confined to conservatives: centre-left parties are fully capable of ignoring the public interest and looking after their mates. But in a pandemic, it seems, left-wing governments are more inclined to impose the restrictions necessary to control the virus. Two current illustrations of that are the mess in New South Wales and the crowds at Lord’s this week watching England v India, mask free. The NSW Liberal government was reluctant to lock down hard enough and deprive its citizens of liberty, with the result that the Delta version of COVID-19 is now out of control. The federal Coalition supported that, and criticised the Victorian Labor government’s hard lockdown, but is now forced into embracing total lockdown, along with Gladys Berejiklian.

“This is not America,” a woman said to a small group, her voice shaking. She was crying, hysterical. “They’re shooting at us. They’re supposed to shoot BLM, but they’re shooting the patriots.” ( Riots on Capitol Hill) 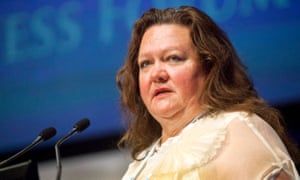 Like Joe Hockey, Rinehart saw the problem of inequality as having more to do with the character of the poor than with the rules of the game: “If you’re jealous of those with more money, don’t just sit there and complain. Do something to make more money yourself – spend less time drinking or smoking and socialising, and more time working.  https://youtu.be/Pj0P6BAHNb4

The big con: how neoliberals convinced us there wasn’t enough to go around | Richard Denniss | Australia news | The Guardian

Malcolm Turnbull says his welfare drug tests are “based on love”.

“We’re talking about a trust crisis that is causing a systemic meltdown.”

Conservatives stoke rumours of a breakaway group from the LNP.

Source: Are Bernardi, Christensen About To Split For Their Own New Party? 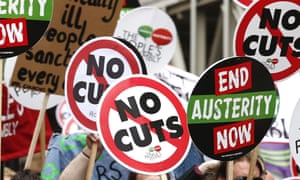 Cameron and Osborne blame their spending cuts on the Blair/Brown legacy, when really it’s all about their obsession with tax cuts

Source: Austerity, injustice and the forces of callous Conservatism | Business | The Guardian

Source: Roy Beck, the Master of Deception | In perpetual search for reason

The Abbott government’s push to double advertising on the SBS during peak viewing periods is part of a plan to sell the public broadcaster, former Liberal prime minister Malcolm Fraser says.

Mr Fraser criticised the government’s cuts to the SBS and the ABC, which total more than $300 million over five years.

“Forced cuts from the ABC and SBS … it is part of a whole ideological approach, which to me is to ultimately get rid of publicly funded broadcasting,” Mr Fraser said.

“The government does not believe in government activity. They’re not prepared to say so straight out in relation to ABC and SBS, because both are too popular.”

Communications Minister Malcolm Turnbull said government would seek to average out the SBS’s current advertising limit of 5 minutes an hour over the day, allowing it to double it in peak viewing periods. This would increase the broadcaster’s “savings” back to the federal budget to $53.7 million, or 3.7 per cent, over five years, he said.

“[That is] assuming that the additional revenue to the SBS from advertising changes amounts to $28.5 million over five years,” the minister said.

But the commercial free-to-air networks have disputed the government’s figures, saying doubling advertising during peak would rob them of more than $200 million.

Mr Fraser said he was concerned that ongoing cuts and more advertising on the SBS would eventually lead to the government privatising the broadcaster.

“They’ll say ‘what’s the point, you’re behaving like a commercial [broadcaster], you’re getting your money the same way’.

“If there is any value left, they will sell it to somebody or if there is no value left they’ll wind it up,” he said.

“We are seeing an ideological program designed to get rid of both [the ABC and SBS].”

“I would like to see the ABC operating, certainly throughout Asia, with the kind of reputation that the BBC holds worldwide. And the BBC is one of the most reliable news reporters. It always has been and that’s good for Britain.

“The ABC is the only organisation that can do that for Australia.”

Mr Turnbull defended the cuts on Wednesday, saying “the work I’ve undertaken with both broadcasters is about more than repairing the [federal] budget, it is also about reform that will modernise both organisations, pave the way for productivity gains and ensure our national broadcasters are focused on good business practices for the long-term”.

Mr Fraser’s comments were at odds with commercial network bosses, who say that the ABC should be able to absorb a cut over five years.

“I applaud the fact that editorial responsibility is finally being split or will be split, and even more so, the directors now will have to not sit on the fence,” Mr Hartigan said.

“They have got to be active. That’s what boards are in place for to represent their constituency, and finally they will have to put up or shut up. You just can’t hide. There is no place to hide in today’s transparent world.”