White nationalist groups, who make up some of the most serious terror threats in the country, find new members and support in the U.S. military. These groups believe that white people are under attack in America.

How dangerous are the White Nationalists in the US Military?

In what appears to be a blatant appeal to the white supremacists in his base, President Donald Trump has made clear his attempt to both defend and rewrite the history of racial injustice in the United States while eliminating the institutions that make visible its historical roots.

Attacking even the Study of Slavery History, Trump is Running for President of White Nationalists 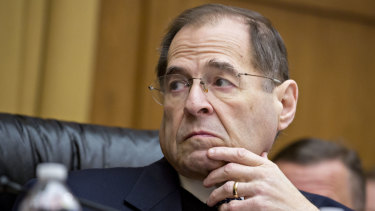 Jerry Nadler, the chairman of the committee and a leading Democrat, blamed President Donald Trump for an attitude that “fans the flames with language that, whether intentional or not, may motivate and embolden white supremacist movements”.

The Anti-Defamation League, a leading Jewish group focused on hate crimes, said 78 per cent of violent extremist criminal acts in the US last year were by white supremacists.

via YouTube live stream overwhelmed by racist comments during US hearing