The Washington Post reported Omarosa Manigault, “who is now a communications official in the Trump administration,” had “physically intimidated” White House correspondent April Ryan and “made verbal threats, including the assertion that Ryan was among several journalists on whom Trump officials had collected dossiers’ of negative inform 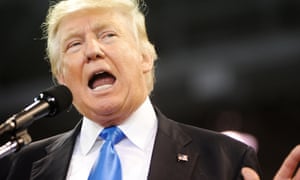 While the Republican’s responses are hysterical, they fit with an American tradition of exploiting existential fear