If concessions are made to develop ‘green energy’ industries using our natural advantages of plenty of open space and sunshine/wind rather than subsidising the coal industry, the entire planet will be better off. If the government has to spend a little extra initially to resettle refugees rather than keeping them in prison, or supporting the homeless, the unemployed or those with a disability get a helping hand when they need it, we should be proud that we are doing something that is beneficial to the majority of our community. Most of those that get support when they need it end up repaying the contribution in spades. As Hewson says, Nobody expects Morrison to hold a hose or draw up a syringe, just to lead on important issues, the resolution of which would clearly be to the greater good of our nation. ( John Hewson once leader of the LNP )

Source: Looking after your mates – » The Australian Independent Media Network

Hidden away in my ‘To read’ file I found a piece written by former Liberal Party leader John Hewson. I shall have to clean my list out more often in the hope of finding more gems. Hewson’s piece is important and I’m not sure how I missed it because I have witnessed him going through a Fraser-like conversion in his approach to politics in the past few years. The piece was written almost 12 months ago and spoke to a favourite subject of mine. How to clean up our politics to make for a better democracy for all Australians. John Hewson proposes six Rules of engagement.

How to clean up Australian politics – » The Australian Independent Media Network

Quite a wish list, I agree. But this is merely the bare bones of what needs to be done if we are to get serious as a nation about transparency, accountability and integrity in our politics and government. It is genuinely in our national interest, and we should expect and accept nothing less of those we elect to represent and govern us.

How rorts, mates and marketing took over politics | The Saturday Paper

If one considers the LNP to be better fighters because they have the IPA, Murdoch and money behind them does that mean they are better governors and organizers than the ALP? Australia would still be a backwater nation corporately owned more than it is now if it weren’t for the ALP. Unfortunately the privatization of everything has resulted in the dysfunction we are witnessing to day in our institutional inability to deal with eithet COVID and Climate Change. The battle for the common good is weakened by the neoliberal institutions we have inherited. (ODT)

August 25, 2020 — 11.59pm View all comments Branch stacking is one of the most unedifying, if not sordid, features of Australian politics. It is a fundamental tool of the factions evident in both Labor and the LNP. Labor has been at it longer, and is better at it. Indeed, Labor factions are more structured, disciplined and effective – LNP factions are more amateurish and aspirational.

Liberal and Labor leaders must respond to ‘cancerous’ branch stacking

About two-thirds of our 331 COVID deaths have been of aged Australians. From the outset it was known that the deaths would be concentrated among the aged. Indeed, Australia has one of the highest aged death rates from COVID-19 in the world.

The federal government has a clear, overarching responsibility for aged care, but this week it has moved to blatant blame-shifting. The Minister for Aged Care, Richard Colbeck, has told us that while the federal government is “responsible for the management and regulation of aged care”, it is the responsibility of the states to “manage the pandemic” because they are “responsible for the public health response”. What semantics. What a copout. 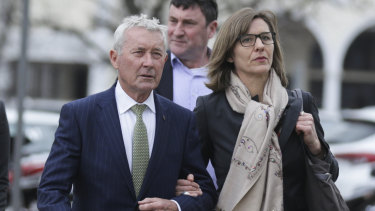 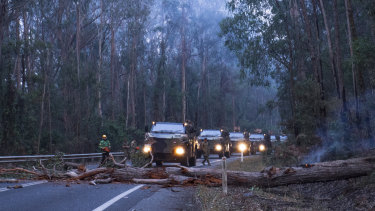 Moreover, there are basic questions such as why we are building inferior French-designed subs instead of leasing from the US; or why have we made ourselves more of a target for terrorists and the likes of Iran by having joined wars in Iraq and Afghanistan, and now the US armada in the Straits of Hormuz; or why would we contemplate an additional “national guard” to handle disasters.

All this rather than assigning national disaster responsibilities to all three arms of the ADF – for transport and logistics, recovery programs, our own fleet of water-carrying aircraft.

via Australia fires: Climate change, our greatest threat, is overlooked by defence expenditure

Mark Latham’s announcement today that he is to lead One Nation to the next NSW election in March, and to seek a seat in the Upper House, reeks as the next stage in the “Trumpification” of the fringes of Australian politics.

via Beware the Trumpification of our politics