In Europe, the volunteers welcoming Ukrainian refugees are often the same people attacked for aiding refugees in the Mediterranean. That’s not just hypocritical, it’s inhumane — we should welcome all migrants fleeing war and terror.

Source: The War in Ukraine Shows That Europe Could Help Refugees if It Really Wanted To

The exodus out of Ukraine since Russia began its invasion has provoked questions about discrimination between the uprooted. Last week, social media was awash with claims that white Ukrainian refugees at the border with Poland were given preferential treatment compared to other groups, including people from many Middle Eastern and African nations who were living or studying in the country. While initially denied, Flippo Grandi, the UN High Commissioner for Refugees, has since confirmed the allegations.

Source: Who is protecting the Palestinians fleeing Ukraine?

BYE BYE- The Constitutional Separation of Powers between the Church and State. Fuck what America’s Jews want. Legislate Discrimination instead.

Israel has concluded a very unholy alliance with the American Evangelical Community, as support among progressive U.S. Jews for its settlement policies in the West Bank continues to wane. For this reason, in 2017, the Arkansas Senate passed Act 710, forbidding all “public entities from contracting with and investing in companies that boycott Israel.” Call me old-fashioned, but I miss that old Separation of Church and State principle. In Arkansas, legislation is now directly tied to the Second Coming. There is a painful irony to American Evangelical politicians using Zionism as a cudgel to exacerbate the political divide, and punish resistors. The act prohibits all state agencies, departments and contractors from doing business with any company that supports the Boycott-Divest-Sanction (BDS) movement.

Source: Evangelical Politicians, using Israel as a Pretext, are Gutting the Constitution by Banning Boycotts 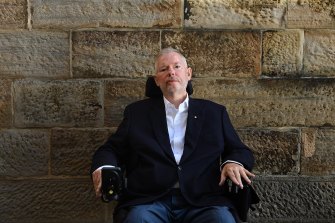 “If a person loses their legs in a motorbike accident and they are 64, they’re entitled to NDIS benefits. If they do when they’re 65, they’re not,” Mr Moss told The Age and the Herald.

Source: Falling off the ‘magical cliff’: Call for review of NDIS age ‘discrimination’

Source: How discrimination and stressful events affect the health of our Indigenous kids

Discrimination against Indigenous Australians – ATN – All Together Now.

Benjamin Netanyahu, Israeli prime minister, has met representatives of black Israelis of Ethiopian origin in an attempt to ease the tension following their angry protests in central Tel Aviv on Sunday night.

The protests came after a video was circulated showing two policemen harshly beating a black soldier.

It has again brought to the surface complaints by black Israelis about the discrimination they are subject to in the country.

But can the government offer a real solution to their plight?

The date was Aug.7, 1930. The place: Marion, Indiana. Three young African-American men were lynched. The horror of the crime was captured by a local photographer. The image of two hanging, bloodied bodies is among the most iconic in the grim archive of documented lynchings in America. Most associate lynching with the Deep South, with the vestiges of slavery and the rise of Jim Crow. But this was in the North. Marion is in northern Indiana, halfway between Indianapolis and Fort Wayne, and about 150 miles from Chicago. But intolerance knows no borders.

In the photo, beneath the towering maple tree in Marion’s Courthouse Square, stands the white mob who lynched the men. Some are smiling for the camera. One man points at the hanging corpse of Abram “Abe” Smith, hanging next to Thomas Shipp.  The third victim actually survived. James Cameron was the youngest of the three, and was beaten and dragged to the base of the tree, beneath his dead friends, and had a noose put around his neck. He was, for some reason, not killed. He went on to found four local NAACP chapters, as well as the America’s Black Holocaust Museum. He would also serve as Indiana’s director of civil liberties.

Indiana certainly doesn’t want to be remembered for this terrible crime, or for being a bastion of hatred. So why did Indiana Gov. Mike Pence legalize a new wave of intolerance by signing into law Indiana’s controversial “Religious Freedom Restoration Act” (RFRA)?

The law’s supporters claim it protects religious freedom. Opponents call it a thinly veiled attack on the rights of lesbian, gay, bisexual and transgender people. The law allows individuals and businesses to refuse service to LGBT people, solely based on their sexual orientation or gender identity. It has provoked a national backlash, with prominent people, large corporations and city and state governments condemning or boycotting Indiana. Charles Barkley, former NBA basketball star and sports commentator, issued a statement reading, “As long as anti-gay legislation exists in any state, I strongly believe big events such as the Final Four and Super Bowl should not be held in those states’ cities.” Indianapolis is hosting the Final Four championship basketball games April 4-6.

The University of Connecticut’s men’s basketball coach, Kevin Ollie, won’t be attending the games, respecting Gov. Dannel Malloy’s travel ban forbidding state employees from going to Indiana with public funds. Pat Haden, former NFL quarterback and current athletic director at the University of Southern California, announced he’s boycotting a college football meeting held in Indianapolis at the same time as the Final Four by tweeting: “I am the proud father of a gay son. In his honor, I will not be attending the CFP committee meeting in Indy this week. #EmbraceDiversity.” If the NCAA pulled the games to another state, it would be an economic disaster for Indiana, and a reputation-killer for Republican Gov. Pence.

Speaking of sons, Gov. Asa Hutchinson of Arkansas, where the Legislature followed Indiana’s by passing a similar RFRA law this week, says he will not sign the bill into law. He cited his own son signing a petition against the law.

The NCAA itself has expressed deep concern about Indiana’s law. But it’s not just basketball. Even the car-racing organization NASCAR announced it was “disappointed by the recent legislation passed in Indiana. We will not embrace nor participate in exclusion or intolerance. We are committed to diversity and inclusion within our sport.”

New York and Washington have joined Connecticut in banning state-funded travel to Indiana, as have New York City, Denver, Seattle and San Francisco. Corporations from Nike to Apple to Marriott have denounced the law. Angie’s List, the popular home-service referral website, halted a $40 million headquarters expansion in Indianapolis.

Under enormous pressure, after first refusing, Pence has asked the Legislature to “fix” the bill, to “clarify” that the language in the law does not allow discrimination based on sexual orientation. Many opponents say they will settle on nothing less than a total repeal. As one protester’s sign read, “You can’t clarify hate.”

The image of that 1930 lynching in Marion, Ind., inspired the Billie Holiday song “Strange Fruit.” Bob Dylan opened his 1965 hit “Desolation Row” with words inspired by it: “They’re selling postcards of the hanging.” Lynching survivor James Cameron is quoted on the America’s Black Holocaust Museum website, “Hatred is a poison, that corrupts the hater from within.” People everywhere, inside and outside Indiana, are proving that organized action is the antidote.