Morrison is doing what was done 40 years ago NOTHING and he’s calling that PROGRESSIVE and a world-leading strategy.

The report was stamped CONFIDENTIAL twice on each page, with the customary warning it should “not be released to any other government except Britain, Canada, NZ and US.” About 40 years ago this week, the spooks at Australia’s intelligence agency, the Office of National Assessments (ONA), delivered the 17-page report to prime minister Malcolm Fraser. The subject? “Fossil Fuels and the Greenhouse Effect.” Michael Cook, the agency’s director general, wrote in an introduction how his team had looked at the implications of rising levels of carbon dioxide in the atmosphere “with special reference to Australia as a producer and exporter of coal.” Cook wrote: “Scientists now agree that if such emissions continue it will some time in the next century lead to a discernible ‘greenhouse effect’ whereby the Earth’s atmosphere becomes measurably warmer with related climatic changes.” 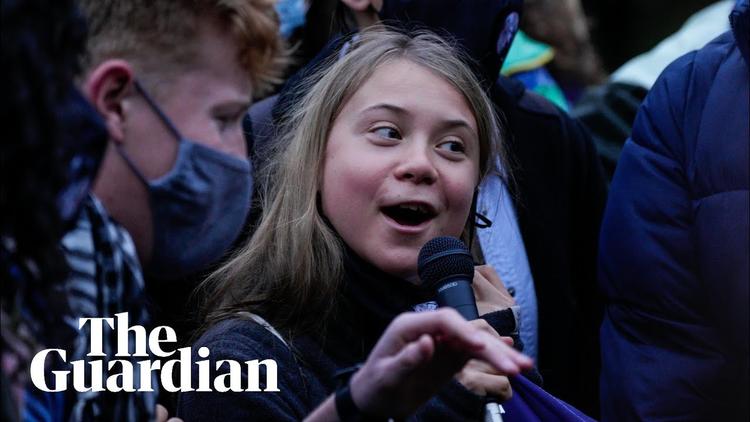 Like Greta’s School Strike for the Climate, the climate movement in the streets of Glasgow is informed by the recognition that the science is clear and the solutions to the climate crisis are readily available. It is only political will that is lacking. This must be supplied by ordinary people, from all walks of life, through creative, dramatic action and mass mobilization, to demand the political and economic transformation we so desperately need. The usually mild-mannered UN Secretary General Guterres made it clear that “street heat” will be key to saving humanity. “The climate action army – led by young people – is unstoppable,” he told world leaders in Glasgow. “They are larger. They are louder. And, I assure you, they are not going away.”

Source: Greta Thunberg to World Leaders at COP26: Shove your ‘Climate Crisis’ up your Arse!