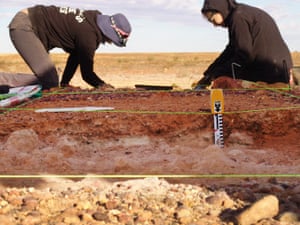 “But you have to look at what that ordinariness obscures. The reason they’re there is to support this broad, statewide system of removing any kind of Aboriginal resistance to European expansion. Rather than just looking at it and saying it’s just like any other site, it’s about how that system could function so successfully,” she said.
Advertisement

“By successful, what I mean is that it allowed them to kill more people.”

The native police were a state-sanctioned paramilitary organisation with groups of Aboriginal troopers under the leadership of a white officer.

Historians say troopers were survivors of massacres from their own lands in other parts of the country, recruited by coercion, intimidation, kidnapping and inducement, as well as voluntary enlistment.

Every government department I have visited in the Territory, its personnel are a sea of White privilege. Every private sector enterprise I have visited is a sea of White privilege. There is no one-third of the workforce comprised of Aboriginal Territorians. This was the case two and three decades ago. It is obvious that the work of yesteryear in touting affirmative actions, the goal of workforce parity, was a lie.Today, the Northern Territory remains to Australia what Mississipi, Alabama and North and South Carolina were to the United States decades ago.