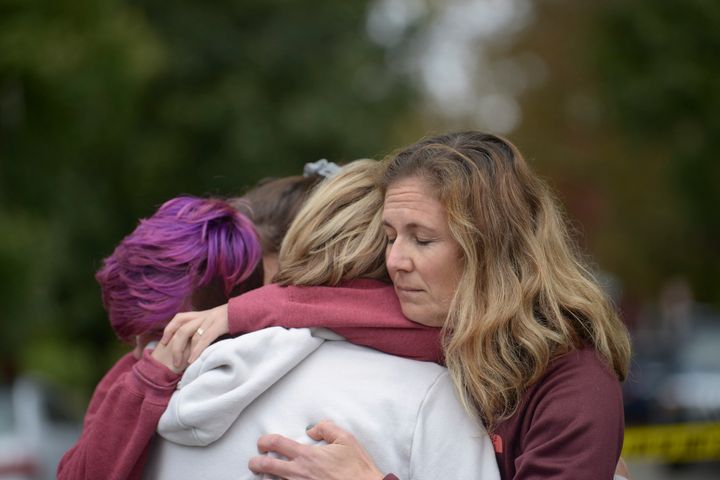 When the President of the United States Donald Trump is the greatest danger to National Security.  A proud Nationalist, Pro guns, anti- refugees, enabler of violence whose rallies are broadcast by Murdoch media across America a resounding call to Trumpsters to arm hate and show themselves. (ODT)

A social media post by Bowers said a Jewish refugee organisation, the Hebrew Immigrant Aid Society, “likes to bring invaders in that kill our people. I can’t sit by and watch my people get slaughtered. Screw your optics, I’m going in.”

Trump told reporters later that the killings might have been prevented if there had been an armed guard in the building.

“If they had some kind of a protection inside the temple maybe it could have been a much more different situation, they didn’t,” he said when asked about a possible link to US gun laws.

In the United States that year, a white supremacist murdered nine African Americans during a prayer service in Charleston, South Carolina.

In 2012, a neo-Nazi gunman with white supremacist ties walked into a Sikh gurdwara – or house of worship – in Oak Creek, Wisconsin, and murdered six Sikh Americans.

What we know about suspect in Pittsburgh synagogue shooting 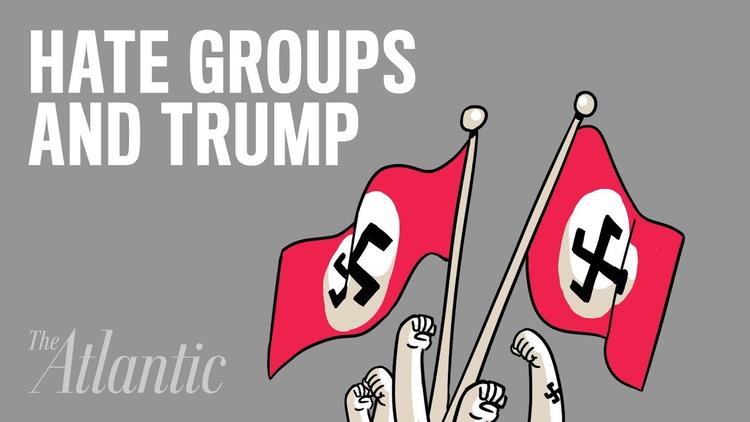 The Atlantic | (Video News Report) | – – “According to research by the Southern Poverty Law Center, the number … 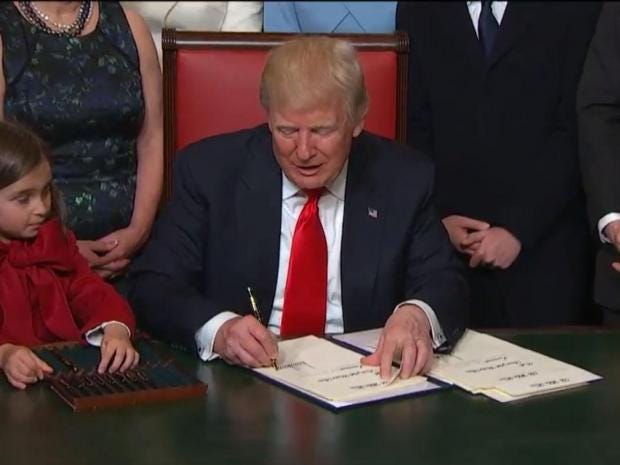 A website with the aim of impeaching the new President of the United States has launched at the same time as the White House website takes down information on LGBT people, climate change and posts inaccurate statistics about rising crime. The ImpeachDonaldTrumpNow.org website and movement is being led by two liberal advocacy groups, Free Speech for People and RootsAction, which aim to oust the 45th President from the nation’s highest office. 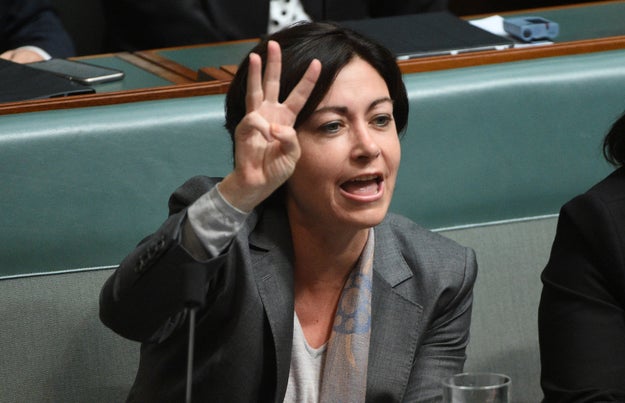 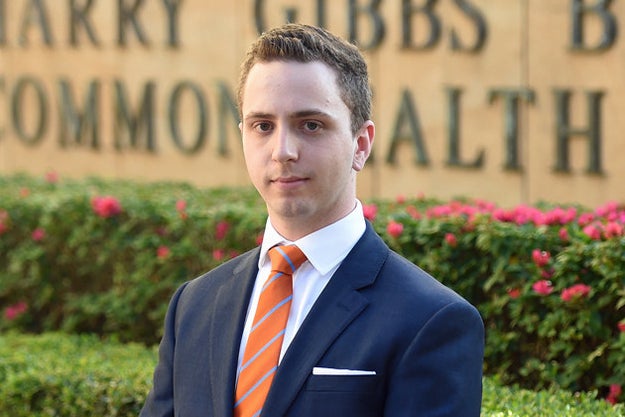 Terri Butler is yet to get a call, text, email or fax from the accuser.

It doesn’t matter if the murderer in Orlando was Jewish, Christian or Muslim — the same hate crimes keep targeting us, over and over again, across the world. By Yael Marom and Ma’ayan Dak At least 50 people were killed and another 53 wounded early Sunday morning in a massacre at the “Pulse” club, a venue associated with the LGBTQ community in Orlando. The media spent the better part of Sunday trying to understand why it happened. But for many of us in the LGBTQ community, it was clear as could be: yet another hate crime in a wave of…

What is remarkable is mass shootings in the United States are no longer truly shocking. Sadly, they have become as commonplace as the platitudes rolled out by the politicians who aren’t acting on gun control.

Source: Thoughts and prayers: The sad truth about the response to the San Bernardino shooting – The Drum (Australian Broadcasting Corporation)

The ABC is hopeful the instillation of Malcolm Turnbull as Prime Minister will allow it to claw back some of the $250 million slashed from the broadcaster last year as tension between the government and broadcaster cools off.

Abbott walks in the footsteps of his political godfather.

John Howard had his haters, mainly because of his decision to back George W Bush in an illegal war. Spurred on by a hateful media Julia Gillard was loathed by many because of a perceived lie. When people hate politicians, they do so with malevolent intent.

Often hate is attractive to unthinking, ill-informed minds. It is born of trepidation. A fear of not understanding. This can be witnessed in the audiences that people like Bolt, Jones, Hadley and others attract. Or when the Murdoch presses display their detestation, in all its putrid ugliness, on the front pages of their tabloids.

Hate reveals itself in politics, sport, self, jealousy, race, religion, culture and relationship. Hate is simply an outward manifestation of our inner struggles with our faults and flaws?

Hate also expresses itself in leadership. The way leaders conduct themselves is reflected in the decisions they make. On a grand scale leaders like Hitler, Stalin and Pol Pot displayed hate in all its viciousness.

We all have the capacity for it. A sportsperson out of the blue utters a racial slur, born of hate that is completely out of character. They cannot explain why but usually their hatred is born of ignorance, something they dread, or is foreign to them.

It seems to me that hatred is fear without courage aligned with an inability to forgive. An incapacity to manage past hurts, losses and taught or acquired prejudices.

Fear goes immediately to blame and from blame a desire for vindication or revenge that manifests itself in hatred.

Every day the Abbott Government portrays a sense of loathing. Since gaining power Tony Abbott and his government has shown a hatred for all things Labor that has surpassed the usual transitional norm. At the launch of the Paul Kelly book ‘’Triumph and Demise’’ in which he expressed the view that our democracy was in trouble Tony Abbott said there was nothing wrong with it.

A clear example of his revulsion of all things Labor.

In Opposition Tony Abbott made it abundantly clear that he was there to oppose everything and that’s exactly what he did. He opposed everything with combative belligerence, often using sexism as a means of degrading his opponent. He created a shock and awe mentality of a government out of control. His loathing of a female Prime Minister transferred into misogyny. The media said he was the most successful Opposition Leader the country had ever had. A strange measure of success based on hate.

His Prime Ministership began with a determination to impose his born to rule Neo conservative ideology on the electorate and two Royal Commissions. An unprecedented decision to release cabinet documents as evidence in the commissions showed just how far he was prepared to allow his hatred to go.

The first was into the management of the Pink Bats Scheme. It reached conclusions no different from the previous 8 inquiries. The Government has said it will respond to its recommendations before Christmas. Will it risk more criticism of its already negative public image with more vindictiveness? Secondly it instigated another Royal Commission into Unions. John Howard saw through Abbott’s spite, saying they were a bad idea.

Then an orchestrated campaign of hatred in tandem with Murdoch was launched against the ABC.

Their hatred for asylum seekers is well-known. They have been demonising them for many years. There are now over 600 children locked up in detention centers. 459 are on the Australian mainland and 144 on Christmas Island. There are 186 children detained on Nauru without any chance of being resettled in Australia. What is their crime?

They hate people who worry about ‘’Climate Change’’ and want to do something about it labeling them as alarmists, dismissing science as superfluous to the debate.

Yes they hate science if it transgresses the corporation’s capitalistic agenda. The right to profit from pollution no matter the harm it does.

They hate that everyday Australians consider it unfair for the poor to have to pay $7 for going to a GP while millionaire mothers receive cheques for $50,000 for having a baby.

And they hate trade unions and resent the working people who choose to join them. They hate that young people are objecting to deregulated university fees.

Pensioners are not spared their vengeance either with a deliberate attempt to lower their living standards. If ever one wanted evidence of this government’s hatred of the poor and middle classes one only has to look at the current budget.

Ross Gittens put it this way.

‘’The first and biggest reason the government is having to modify or abandon so many of its measures is the budget’s blatant unfairness. In 40 years of budget-watching I’ve seen plenty of unfair budgets, but never one as bad as this’’

To hate with conviction requires a capacity to lie with unabashed certitude. To legitimise it to the point that people think they are no longer communicating in English.

At his press conference December 1, Abbott was still insisting that ‘’all’’ families were $550 better off on their power bills since the removal of the carbon tax. An unmitigated blatant, deliberate lie.

Nobody lies with greater sincerity than the Prime Minister. As a professed Christian he should know that nothing good was ever built on a foundation of hate.

The Prime Minister and his government has shown an insensitivity to the common good that goes beyond any thoughtful examination. They have hate on their lips and their hate starts with the beginning of a smile.

PS I hated writing that.