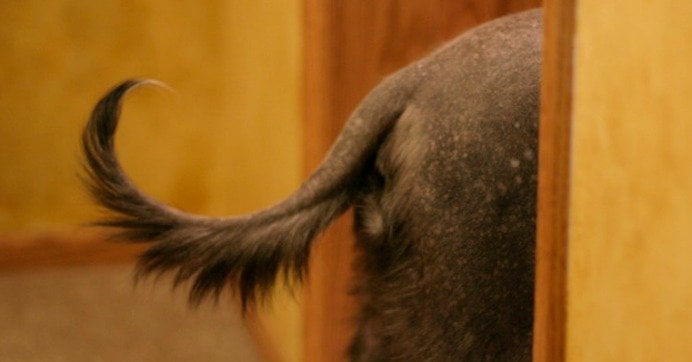 Occasionally we are surprised by Mr. Trump when he makes pronouncements that none of us thought to be within his realm of expertise. Of course, those realms are so all inclusive, as we have learned during the course of his presidency, that we should not be surprised. His recent pronouncements on wind, and wind related devices, however, have caused some of us to wonder if there resides within Mr. Trump a body of scientific knowledge of which we were unaware or, alternatively, is he is simply an ignoramus.

via Trump and High Level Intelligence | The Smirking Chimp

Source: Professor: Otto Warmbier ‘Got Exactly What He | The Daily Caller 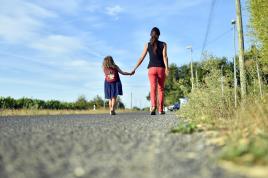 A mother’s genetics determines how clever her children are, according to researchers, and the father makes no difference.  Women are more likely to transmit intelligence genes to their children because they are carried on the X chromosome and women have two of these, while men only have one.

Source: Children inherit their intelligence from their mother not their father, say scientists | The Independent

THE CABIN ANTHRAX, MURPHY, N.C. (CT&P) – As the world mourns the loss of 12 more innocents in the civilized world’s battle with a bunch of Islamic fundamentalist bipedal turds, the signage used by Parisians to show their solidarity with Charlie Hebdo ignited a firestorm of ignorance across the Bible Belt today.

Evangelical leaders across the United States but particularly in the southeast called for a ban on the use of Jesus’ name on placards and posters used by those wishing to stand up for liberty and freedom of speech in Europe.

“We just can’t stand by and watch as the Lord’s name is taken in vain,” said Bryan Fischer of the American Family Association. “I am a great supporter of free speech as long as it agrees with whatever hatred I happen to spewing at the time, but this is taking it a little too far. Besides, them Mooslims aren’t all bad. They have a few good ideas, like executing homosexuals and keeping women in their place.”

Pat Robertson droned on and on during his 700 Club broadcast this morning about how the attack on Hebdo was a disgrace but using “Our Savior’s name” on posters was far worse. He warned his over 250 viewers that it would cause a new series of earthquakes and tidal waves in the Caribbean and elsewhere across the globe.

Perhaps the most interesting response came from Michele Bachmann, who ran to the nearest microphone to blame President Obama for both the attack and the signage. “This is a direct result of our socialist emperor Barack Obama not taking my advice to nuke Tehran over the Christmas holidays. Now, instead of having the Ten Commandments in every school and courthouse across America, we have those damn Frenchies carrying around blasphemous posters that say ‘Jesus Charlie!’”

When told about the reaction French President Francois Hollande said “I really don’t know what to say. Sometimes I curse my forefathers for ever helping those idiots gain their independence.”

THE CABIN ANTHRAX, MURPHY, N.C. (CT&P) – After analyzing the results of a new Pew Research Center poll conducted just last week, experts have concluded that the United States is not yet ready for a democratic form of government. The finding is particularly troubling considering the midterms are less than one week away.

“It looks as if we are in real trouble,” said Dr. Frank Black, who headed the Pew Research team. “There are just too many people out there who don’t possess enough innate intelligence to function in everyday life, much less determine their own fate by voting for their own representatives.”

“We found that only 32% of Americans believe that evolution is ‘due to natural processes such as natural selection,’ and fully one-third of Americans are so stupid that they utterly reject the theory of evolution and believe instead that humans ‘have existed in their present form since the beginning of time.’”

“And that is only one example,” continued Black. “The American public’s lack of basic scientific knowledge is mind-boggling.”

“Only 20% of Americans believe in the ‘Big Bang,’ only 50% believe in climate change, and an overwhelming number of Americans want to ban incoming flights from Africa because of the Ebola crisis when most American citizens have no fucking clue what a virus even is.”

“Hell,  do you realize that fully 40% of Americans think that they are going to be lifted up into heaven in some sort of Rapture event? It’s really depressing.”

“The state of affairs is equally miserable when it comes to progressive government policy. America has had to be dragged kicking and screaming into the 21st century as regards gay marriage, equal pay for women, immigration, and sane firearms policies.”

“Given the recent track record, whole swathes of the United States should really not be allowed to vote,” said Black. “The rise of the Tea Party to prominence in recent years should make that obvious. Take Texas and Florida for example. When a one state elects a dolt like Rick Perry and the other an ancient Aztec snake god as governor, we have real problems.”

Dr. Black suggested that since America was not yet ready for any type of representative government that possibly the best alternative would be some form of benign dictatorship.

“If we could get someone in the White House who would dissolve Congress and ratchet up public education to at least Third World standards, then that would be a good start,” said Black. “The money is there if we could just redirect it. Instead of invading Muslim countries every other week, we could use some of those trillions to teach our offspring some basic science, civics, and history. It will be a long, hard slog, but I think the future of North America depends on it. After all, do we really want half of our kids believing that we are being observed by aliens in UFO’s? I don’t think so.”

I recently read an article by Miranda Divine titled ‘Why the Libs are Ruddy marvelous’. It outlines the academic qualifications of government members. It is truly impressive. They must be the brainiest bunch to have ever graced our parliament.

“For starters, there are three Rhodes Scholars: Abbott, Malcolm Turnbull, and Angus Taylor. Two more ministers have degrees from Oxford University: George Brandis QC, and Josh Frydenberg, who has the added distinction of a master’s degree from Harvard. Two other MPs also have master’s degrees from Harvard, among the seven MBAs, two MPAs and four PhDs on the government benches. Two more have masters of philosophy from Cambridge. Fulbright scholar Greg Hunt has an MA from Yale. Former WA treasurer Christian Porter has an impressive four degrees. And he’s a backbencher”.

And it doesn’t end there. Read this. She of course failed to mention that it is essentially a men’s club. Or that Brandis cannot use a computer.

Now let’s look at what a Queens College Oxford education has done for our Prime Minister:

“We just can’t stop people from being homeless if that’s their choice”.

“Jesus knew that there was a place for everything and it’s not necessarily everyone’s place to come to Australia”.

“If we’re honest, most of us would accept that a bad boss is a little bit like a bad father or a bad husband … you find that he tends to do more good than harm. He might be a bad boss but at least he’s employing someone while he is in fact a boss”.

“I think it would be folly to expect that women will ever dominate or even approach equal representation in a large number of areas simply because their aptitudes, abilities and interests are different for physiological reasons”.

Statements like the aforementioned (often embedded with religious intent)) are devoid of social empathy and are reflective of thinking that has been influenced by notions of dim-witted superiority. They are the words of a ruler not a leader. They are an indictment of both Abbott and his ministry.

They are statements of the uncaring, the intellectually barren, the cerebraly deficient, the privileged and the narcissistic elitist.

Of the born to rule with ideals of grandeur.

We are experiencing something very unique in Australian politics. A belief that lying has approval, that deception and misleading words will and can persuade the electorate to your view. A belief that there are enough people so politically naive that they will believe you. And that’s the majority of Australians.

It’s straight out of the Conservative Tea Party Handbook. This is deliberate ‘’foot in mouth disease’’ with intentional consequences. There is a pattern and they have been persuaded it works.

“Of course I would have read The Gonski Report had the dog not eaten it”.

Tony Abbott. Prime Minister. “I will shirtfront Putin”. “Coal is good for humanity”.

George Brandis. Attorney General. “People have a right to be bigots”.

It was a Muslim who realized that light ENTERS our eyes, unlike the Greeks who thought we EMITTED rays, and so invented a camera from this discovery.

It was a Muslim who first tried to FLY in 852, even though it is the Wright Brothers who have taken the credit.

It was a Muslim by the name of Jabir ibn Hayyan who was known as the founder of modern Chemistry. He transformed alchemy into chemistry. He invented: distillation, purification, oxidation, evaporation, and filtration. He also discovered sulfuric and nitric acid.

It is a Muslim, by the name of Al-Jazari who is known as the father of robotics.

It was a Muslim who was the architect for Henry V’s castle.

It was a Muslim who invented hollow needles to suck cataracts from eyes, a technique still used today.

It was a Muslim who actually discovered inoculation, not Jenner and Pasteur to treat cowpox. The West just brought it over from Turkey

It was Muslims who contributed much to mathematics like Algebra and Trigonometry, which was imported over to Europe 300 years later to Fibonnaci and the rest.

It was Muslims who discovered that the Earth was round 500 years before Galileo did.

Just imagine a world without Muslims. Now I think you probably meant, JUST IMAGINE A WORLD WITHOUT TERRORISTS. And then I would agree, the world would definitely be a better place without those pieces of filth. But to hold a whole group responsible for the actions of a few is ignorant and racist. No one would ever expect Christians or White people to be held responsible for the acts of Timothy McVeigh (Oklahoma bombing) or Andreas Brevik (Norway killing), or the gun man that shot Congresswoman Giffords in head, wounded 12 and killed 6 people, and rightly so because they had nothing to do with those incidents! Just like the rest of the 1.5 billion Muslims have nothing to do with this incident!

Jackie Lambie isn’t the worst the Libs ave a collection of them. Abetz the abortion/cancer expert. Brandis the meta, um meta, what? and Hockey who  knows how the poor live. Of course we can’t leave him out  Abbott Canadia best friend. They don’t do this once or twice it goes on and on. If ever anybody asked Abbott about the Sunni uprising he wouldn’t have apoplexy. He only goes on media that gives him the opportunity to put and answer his own questions. Andrew Bolt , Ray Haddley you know Murdoch men.