We need to beat the lobbyists at their own game. Rather than blaming victims, we need to demand political action and stand in solidarity with those who battle to remain healthy within our transparently rigged and unhealthy food environment, writes James Muecke, with Grant Ennis.

Source: Sugar shovellers are making us sick, fat and poor (and check out what they pay in tax!)

When we go to sleep, our brain gets to work restoring and repairing itself. Although it doesn’t look like much is happening on the outside, the inside is a hive of activity.

Source: Sleep: What happens when we sleep? 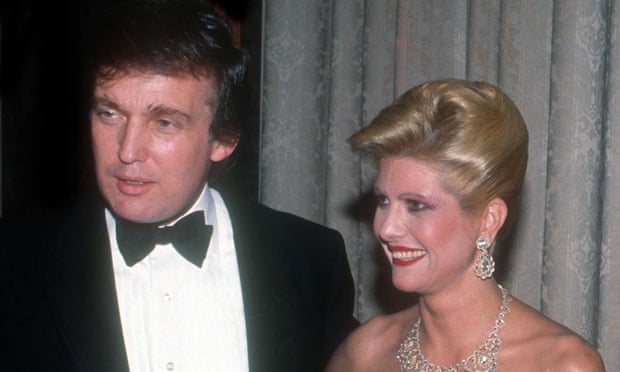 Falls in Australia due to accidents and/or lack of balance in the aged are also the greatest cause of death and quality of life deterioration in the elderly and are not attended to well enough by our public health system. We once helped the elderly crossroads, giving them a seat and generally offering assistance. However not anymore.

US health officials consider falls to be the leading cause of injury-related death for people who are 65 years of age or older. About 64 out of 100,000 elderly people die as a result of accidental falls, according to the Centers for Disease Control and Prevention.

Can you make your brain work harder?

“We, Quebec doctors, are asking that the salary increases granted to physicians be cancelled and that the resources of the system be better distributed for the good of the healthcare workers and to provide health services worthy to the people of Quebec,” the letter said. 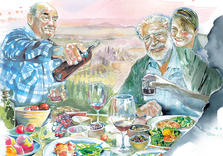 A long life is not just a health issue; it’s a justice issue. The wealthiest 1 percent, according to a study reported in The Lancet medical journal, now live on average 10 to 15 years longer than the poorest 1 percent. The shock of that statistic belies some basic logic that says the length of your life should not depend on the size of your bank account.

via 5 things we Know about People who live Longest, and their Communities | Informed Comment

Source: The ‘Fictitious Disease’ Called ADHD. The ADHD Scam and the Mass Drugging of School Children – ORGANIC AND HEALTHY

Medicare architect John Deeble has suggested a new way of funding healthcare as an alternative to charging patients to see the doctor: making business pay for medical certificates.

Professor Deeble, who co-wrote proposals that formed the basis of Medicare, suggested the certificates employers require to verify a worker’s illness should be billed separately by Medicare, and the amount then recouped through a levy on business.

“It’s got nothing to do with healthcare, so why not?” Professor Deeble said.

“The person who requires the medical certificate is the employer. The [sick] person doesn’t want it. It is a service to business, because otherwise it would have to set up its own clinics, or they’d have to just accept their employees’ word.”

Brian Morton, the chairman of the Australian Medical Association’s council of general practice, said he believed the proportion of patients who visited GPs simply to obtain a certificate for their employer was “unnecessarily high”.

Dr Morton said employers should trust their employees more, giving the example of a policewoman who had recently come to see him to obtain a medical certificate.

“Here we are trusting her with a gun … and yet she can’t be trusted to be honest in terms of why she was sick.” He said doctors could do little for many minor ailments such as colds, and such visits placed pressure on doctors to prescribe antibiotics when they were not appropriate.

Dr Morton suggested employers consider alternative ways of managing absenteeism, such as providing bonuses to workers who did not take sick leave.

“Anything that adds to the costs and complexity of running a business is a backwards step that will make it more difficult for businesses to grow and create jobs,” said Australian Chamber of Commerce and Industry chief executive Kate Carnell.

Stephen Smith, the national workplace relations director for the Australian Industry Group called Professor Deeble’s suggestion “a ridiculous idea that would be met with very strong opposition from employers”.

Policy consultant Terry Barnes, a former health adviser to the Howard Government who authored a proposal for a GP co-payment, said many visits made by patients to doctors to obtain medical certificates were a poor use of GP time.

But he said a levy was not the solution. Instead, he suggested the creation of a new Medicare item for which no rebate was paid, for which the patient could seek reimbursement from their employer.

Health Minister Sussan Ley said that providing a patient with a medical certificate was an accepted part of medical practice, and such visits often also involved diagnosis and treatment. But she said she was “continuing to keep an open mind” as part of her consultations on Medicare reform, and Professor Deeble was “welcome to put forward his ideas for consideration”.

Joe Stiglitz warns us what harm the TPP wants to do to pharmaceutical pricing:

There are two ways the office of the trade representative can use the T.P.P. to maintain or raise drug prices and profits.

The first is to restrict competition from generics. It’s axiomatic that more competition means lower prices. When companies have to fight for customers, they end up cutting their prices. When a patent expires, any company can enter the market with a generic version of a drug. The differences in prices between brand-name and generic drugs are mind- and budget-blowing. Just the availability of generics drives prices down: In generics-friendly India, for example, Gilead Sciences, which makes an effective hepatitis-C drug, recently announced that it would sell the drug for a little more than 1 percent of the $84,000 it charges here.

That’s why, since the United States opened up its domestic market to generics in 1984, they have grown from 19 percent of prescriptions to 86 percent, by some accounts saving the United States government, consumers and employers more than $100 billion a year. Drug companies stand to gain handsomely if the T.P.P. limits the sale of generics.

The second strategy is to undermine government regulation of drug prices. More competition is not the only way to keep down the prices of essential goods and services. Governments can also directly restrain prices through law, or effectively restrain them by denying reimbursement to patients for “overpriced” drugs — thus encouraging companies to bring down their prices to approved levels. These regulatory approaches are especially important in markets where competition is limited, as it is in the drug market. If the United States Trade Representative gets its way, the T.P.P. will limit the ability of partner countries to restrict prices. And the pharmaceutical companies surely hope the “standard” they help set in this agreement will become global — for example, by becoming the starting point for United States negotiations with the European Union over the same issues.

Americans might shrug at the prospect of soaring drug prices around the world. After all, the United States already allows drug companies to charge what they want. But that doesn’t mean we might not want to change things someday. Here again, the T.P.P. has us cornered: Trade agreements, and in particular individual provisions within them, are typically far more difficult to alter or repeal than domestic laws

We can’t be sure which of these features have made it through this week’s negotiations. What’s clear is that the overall thrust of the intellectual property section of the T.P.P. is for less competition and higher drug prices. The effects will go beyond the 12 T.P.P. countries. Barriers to generics in the Pacific will put pressure on producers of such drugs in other countries, like India, as well.

Of course, pharmaceutical companies claim they need to charge high prices to fund their research and development. This just isn’t so. For one thing, drug companies spend more on marketing and advertising than on new ideas. Overly restrictive intellectual property rights actually slow new discoveries, by making it more difficult for scientists to build on the research of others and by choking off the exchange of ideas that is critical to innovation. As it is, most of the important innovations come out of our universities and research centers, like the National Institutes of Health, funded by government and foundations.

The efforts to raise drug prices in the T.P.P. take us in the wrong direction. The whole world may come to pay a price in the form of worse health and unnecessary deaths.

As near as I can figure out, the plan is to use trade agreements to allow U.S. companies (who, let’s face it, don’t even pay many taxes here anymore) to dominate everywhere in the world and make as much money as possible by controlling regulation and overriding existing legal systems.

Which make us the Mafia, right?

Like Loading...
Really! Treasurer Joe Hockey is becoming as adept as Tony Abbot at putting the proverbial foot in his mouth.That Joe should be looking so far ahead, and be concerned for someone in the year 2165, is touching. Perhaps he is thinking of his own grandchildren, not yet born, who will have to work until they are 120 to enjoy the luxury of retirement.

My advice would be to ensure you include that prediction in your memoirs to show that at least you were thinking of them. But I wouldn’t spend any more time on it than that. You may rest assured that life in 2165 will be vastly different from ours today and such trivial matters as retirement will not be getting too much attention. Feeding them, yes. Retiring them, no.

While speaking with Neil Mitchell on 3AW this morning Joe explained how his son had broken his leg over Christmas and after several consultations and X-rays, he only had to pay $40 for a waterproof cast. Wow, that much?

“That’s wrong,” Joe said. “The fact we are living longer is great news. It’s kind of remarkable that somewhere in the world today, it’s highly probable that a child is being born that is going to live to 150. That’s a long time.” Yes, it is, Joe. It’s certainly longer than you or I will live.

However, I hope you also took note of the quality of the service your son received at what I presume was a public hospital. If you felt that as a high income earner you were paying too little, then why don’t you abolish the private health insurance rebate, and raise the Medicare levy for high income earners so that the quality of service you received can be better funded?

“The question is how we live with dignity and ensure we have a good quality of life the whole way through. This is the conversation we are going to have with Australia over the next few months,” he added. Well, if you continue trying to cut Medicare funding, you should be more concerned about the good quality of life we have today instead of worrying about the state of things in 2165.

Trying to make us feel guilty about what we pay today compared with the state our hospitals in 150 years tells me that you are not living in today’s world, that you are not in touch with today’s people, except of course, the high income earners for whom $40 is not even a drop in the ocean.

You should not have paid anything for your son’s accident. Your Medicare levy should have covered it. If you think paying $40 was wrong, then perhaps you should increase the levy to 3% for high income earners. That way, you might share the burden more equitably with those on lower incomes who pay the same rate you do.

If you are, as you suggest, planning to have a conversation in a few months about the health prospects for the nation in 150 years’ time, I don’t like your chances of cutting through. Most of us are struggling enough just getting through today.