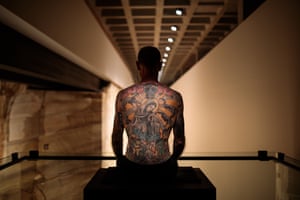 via Tim alone: Mona’s human artwork is still sitting in an empty gallery for six hours a day | Art and design | The Guardian

The mural is a characteristically coy commentary on capitalism, although it is accompanied by a smaller piece that depicts a seal. The pair is located in Midwood, at Coney Island Avenue and Avenue I. The larger one features what looks like a real estate developer (equipped with both a briefcase and a hardhat) brandishing a whip in the shape a rising red line graph, while a procession of children, a woman, an elderly person, and a dog flee. Nearby, a smaller mural whose connection to the theme of gentrification is indecipherable, features a seal balancing a ball — formed by the unpainted circle where a sign used to hang — on its nose.

via Banksy Blitz Continues in NYC with New Murals in Brooklyn 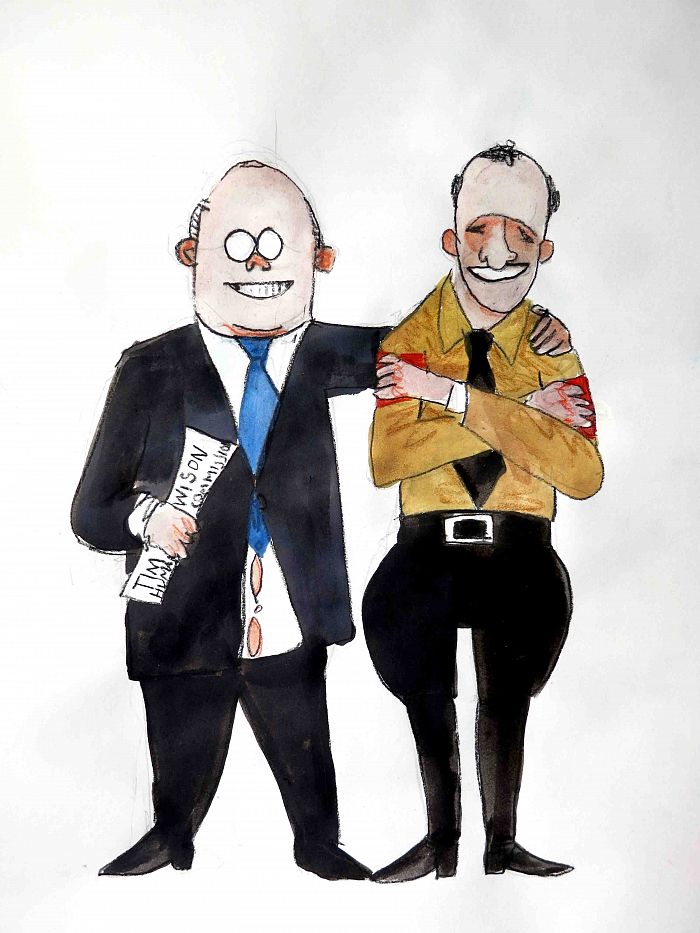 Arms length? Forget it – it’s back to the Menzies era for arts funding

The scenes of social collapse in movies of a decade ago are now everyday scenes in allegedly democratic countries, writes Melissa Frost in this letter to The AIMN.

I watched the movie “Children of Men” again the other night and walked away with a renewed feeling of dread. A sinking feeling of doom came over me. Right in my chest. Had I just witnessed a glimpse of the future? Our future. Our future here on Earth. Was this how it ends? Are we imploding as a species? “No, no, no”, I said to myself. It can’t be, as I slipped onto the comfort of my massive mattress pulling the crisp European duvet over my head. But as I restlessly tossed around in bed that night I started to analyse what is happening here in Australia.

There are a lot of similarities between the movie and the ideology of our present government in Australia. We have a government that is anti-immigration, totalitarian and fascist. Refugees coming to our shores are classified as illegal immigrants, hunted down by our border patrols, made to sit on navy decks in neat little rows of confinement and then transferred to prisons where they spend an eternity of misery. These scenes we view hourly on the 24hour news channels we also see in the movie. A universal battleground of military control, security zones, refugee camps and warring tribal and religious identities.

The world of “Children of Men” is in absolute turmoil and anguish. The media are filled with headlines about religious fundamentalism – based terrorist attacks, mosques being put under surveillance, allegations of tortures of journalists, backlash against refugees and immigrants and political powerplays enveloped in pollution and poverty. The scenes of the two hour movie are a world of social collapse and desperation redolent of the hourly scenes on our screens of Iraq, Syria, Gaza or closer to home the 105,000 homeless of Australia. Which brings me to the story of the residents of a luxury apartment block in the UK installing spikes outside “their” reception area to deter a somewhat sheltered slumber for the homeless of Southward, South London. Mark Hicks, a resident of the building, said it was a “very good idea” as he was seeing “drunk homeless people” in his doorway which is “not very nice at all and if it stops that, its great”.

Where has our humanity gone? Are we so desensitised to these hourly visions that our subconsciousness is now immune? Yes, yes I think we are. “Children of Men” is based in the UK and it is interesting that the film makers decided on the UK. The UK is one of the oldest democracies in the world. Democracy means a government by the people. That is all the people have a say in the running of their lives. So for Brits to witness their government developing fascist ideologies and terror-invoking methods is tyrannical and oppressive.

And this is exactly what is happening in Australia. We are witnessing a government led by Tony Abbott who is backed by conglomerates such as the Rinehart empire and the Murdoch empire thrusting 24 hour fascist ideology and terror-invoking commentary on the Australian people. Its time for Australians to read the signs and demand Democracy.