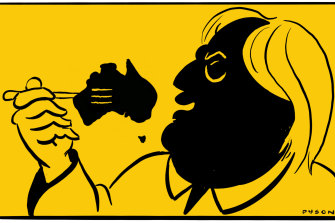 A Vote for Palmer’s UAP is a Vote for Morrison and that’s as diseased as Democracy gets.  Remind yourself what Morrison did these past 3 years and what he would do with another 3 owing Palmer. Palmer is the bastard who keeps nobody honest when it comes to getting what he wants.

Published opinion polls are barely recording more than 5 per cent for “others”, but several insiders insist Palmer’s UAP is looking at a vote across Victoria, NSW and Queensland of around 8 per cent and as high as 12 per cent across suburban Melbourne and Brisbane. About 17 per cent voters under 40 are considering voting for Palmer, one strategist told this columnist.

Source: Clive Palmer woos a demographic that is disaffected and ‘mad as hell’