For two years, Tony Blair has backed Keir Starmer’s war to expel socialists from Labour. Now the Blairites are launching the Britain Project — the latest bid to create an über-neoliberal force to destroy any trace of social democracy.

Source: The Britain Project Is the Latest Incarnation of Zombie Blairism

Former British PM Tony Blair defends his place in history after the damning inquiry into the Iraq war.

A haggard-looking Tony Blair spent two hours struggling to rescue his reputation from the ruins of Iraq. In his protracted press conference, the former Prime Minister expressed sorrow for the British soldiers killed or maimed after the invasion of March 2003 and offered an apology – but insisted that the world was a better place for the removal of the Iraqi dictator, Saddam Hussein, and the Chilcot report proved he had acted in good faith.

Ali Abbas still remembers the day his childhood changed forever, however much he might wish to forget. It was March 30 2003.  He was 12 “Just a little kid, enjoying my life, going to school, playing football, with lots of friends…” He had fallen asleep with mum Azhar, dad Ismaeel, and ten-year-old brother Abbas all sleeping reassuringly close to him in the same room.

Source: What the orphan who became a symbol of the Iraq war says about Tony Blair now | UK Politics | News | The Independent 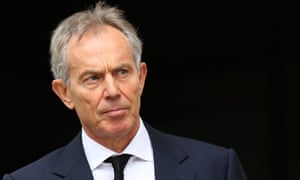 Britain and America “profoundly” underestimated the chaos that would be unleashed by the toppling of Saddam Hussein, Tony Blair has admitted, in one of his starkest expressions of regret over the Iraq War. With the long-awaited Chilcot Inquiry report into the war due to be published within weeks, Mr Blair said that the West had not foreseen the “forces of destabilisation” that fill the vacuum left by the dictator’s fall.

Source: Tony Blair: Britain and US ‘profoundly’ underestimated chaos brought about by toppling of Saddam Hussein | People | News | The Independent

A cross-party group of MPs, including former SNP leader Alex Salmond, may renew their attempts to impeach Tony Blair following the publication of the Chilcot report later this year. According to reports, Mr Salmond has begun rallying support for an attempted prosecution, pending the findings of the report, which will be released in July. In the UK, impeachment is the procedure whereby MPs can vote to have someone put on trial before the House of Lords. It is a centuries-old procedure which has not actually been used since 1806.

The long-awaited Chilcot report into the Iraq war is reportedly set to savage Tony Blair and other former government officials in an “absolutely brutal” verdict on the failings of the occupation.

How is it a good moral result that Lebanon takes something equivalent to a quarter of its population, while Australia congratulates itself for taking 12,000 people? 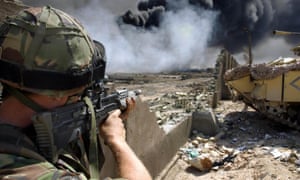 Analysis: The former UK prime minister used to claim the 2003 invasion would undermine jihadis. The 12 years since have proved how wrong he was

Source: Tony Blair is right: without the Iraq war there would be no Islamic State | World news | The Guardian