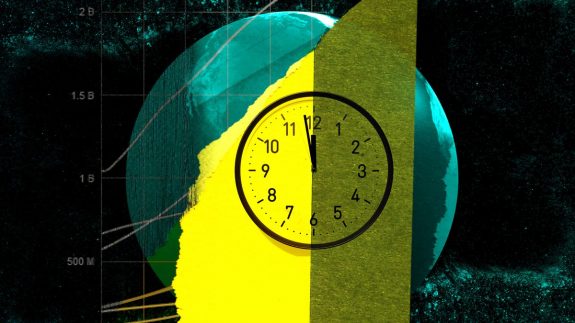 Even if the prime minister manages to survive a spill motion, the whole country now knows a good section of his backbench doesn’t have confidence in him

If a prime minister has to resort to tricky tactical manoeuvres and look-over-there assertions to cling to power, then his time is probably up, sooner or later.

“The only question for our party is do we want to reduce ourselves to the level of the Labor party in dragging down a first-term prime minister?” Tony Abbott said early Sunday in a statement, which he subsequently read out before television cameras without taking any questions.

But quite evidently that is not the only question for the Liberal party. Repeating Labor’s disunity is certainly a factor, but the Liberals have already gone so far down that road they can’t possibly turn back and brush off all their old lines about “ending chaos and confusion”. Even if Abbott manages to survive a spill motion the whole country now knows a good section of his own backbench does not have confidence in him.

And if he doesn’t survive voters may not judge the Coalition as harshly as they judged Labor, because the problems with this government have been out in the open. As was the case under Kevin Rudd’s Labor, the Liberal party is railing against prime ministerial command and control, but unlike Labor the public is also railing against the Coalition’s policy decisions and might therefore be more understanding about a change.

And there are other obvious questions too. Like “what will the prime minister do if he stays?” The budget is deteriorating and the deficit is getting bigger, but the prime minister says the “hard work” is done. “We seem to be saying the house is still burning, but it’s OK because it might be burning a bit slower in a while,” one despairing Coalition figure said Sunday.

Big parts of the last budget still languish, rejected by the public and the Senate, but he’s sticking with them. Finance minister Mathias Cormann insisted on Sunday that no minister had ever suggested to him that last year’s budget was unfair. If true, that puts the cabinet about a million miles out of step with views in the electorate.

Another question for the Liberal party is: “What will be gained by waiting to put this question to the test?” Many are worried that could mean the NSW state election becomes a referendum of the federal Coalition’s performance and that the budget process falls hostage to a desperate prime minister second-guessing the politics and the polls.

And another question is what would an alternative candidate do differently or better – also impossible to answer in a climate where none has formally declared. Turnbull and Julie Bishop have been speaking in code – for example by insisting the leadership is the gift of the party – contradicting Abbott’s claim that only the electorate should be able to vote him down. Turnbull inched close to a declaration Sunday morning. Bishop left all her options open. While the leadership fight is conducted as a kabuki play, it is pretty hard for MPs and senators to properly assess their options.

But in the end many are distilling the situation down to very different questions from the one posed by Tony Abbott this morning.

If a prime minister retains power by bringing forward a vote on what is effectively a no-confidence motion against him, without a proper party room debate before that vote is taken, and with the clear threat that any ministers who are known to vote for the spill would have to lose their jobs, if he keeps his job after repeating his same old slogans when asked about the future, should anyone have confidence that anything has changed – whether in comparison to this government or the last one?

If the motion to spill the leadership of the Liberal Party leadership succeeds, the main prospect as a challenger is and has always been Malcolm Turnbull, who has transformed himself to a milder, more patient and less pushy political figure, writes Annabel Crabb.

From the jungly commando warfare that has occupied the Coalition over the last two torrid weeks, a familiar battle-cry has now clearly emerged: “If it leads, we can kill it.”

This afternoon, two WA backbenchers have posted their intention to move, on Tuesday, for a spill of the Liberal Party leadership, five-and-a-bit years and two elections and four prime ministers on from its memorable capture by Tony Abbott with the heart-stopping margin of one single vote.

The message: No leader is safe any more. Not in their first term, not ever. The threat has evolved.

On one memorable occasion in 2007, John Howard even asked his Cabinet whether they thought he should go. By the time they answered (“Yes”), he was out of his consultative patch and the moment was lost.

These days, you don’t even need to start with a challenger.

These days, dissatisfaction plus a multi-headed media hydra will get you to crisis point even if – as in this present situation – none of the purported leadership alternatives has sought to bring things to a head.

Can Tony Abbott survive on Tuesday? Possibly. Can he survive long-term? Hmmm. Put it this way: Barnaby Joyce last week bet his house on Tony Abbott still leading the Coalition at the next election. He would want to be checking his mortgage insurance.

Mr Abbott has just made a terse appearance at Sydney’s Commonwealth Parliamentary Offices to declare that he and his deputy, Julie Bishop, have spoken and have agreed to stand together – leader and deputy – to contest any motion to spill.

“We are not the Labor Party,” he further and uncontroversially declared, before disappearing from the shortest press conference I can ever recall seeing.

Ms Bishop’s absence from her leader’s side does not necessarily mean that she has been tied up somewhere by Peta Credlin; she has been in Adelaide, playing awkwardly with preschoolers in the company of a sub-ebullient Christopher Pyne.

The question of whether Ms Bishop’s support would continue in the event that the spill motion succeeds is still unanswered.

But the full support of Ms Bishop has never, in any event, been a guarantor of ballot triumph; she supported Brendan Nelson all the way to his defeat in 2008, and she supported his successor, Malcolm Turnbull, right up to the point at which he was knocked over by Mr Abbott in late 2009.

In any event, the main prospect as a challenger is and – realistically – has always been Malcolm Bligh Turnbull.

He has not declared himself to be a candidate. He has been studiously cautious about canvassing the issue with colleagues.

If internecine political warfare has changed, then Malcolm Turnbull is one jungle-dweller who has evolved as effortlessly as Schwarzenegger.

The old Malcolm, who strutted and fretted under Brendan Nelson’s leadership and whose ambition to take over was so red-hot it was palpable across a crowded room, is nowhere to be seen these days.

New Malcolm is milder, more patient, less pushy. Less prickly; the “metadata” fiasco, which last year saw the PM and George Brandis both stumble rather badly on some technical detail within Turnbull’s portfolio rather than just doing the obvious thing and including him in the discussion, would have sent Old Malcolm into Rage Orbit. But he helped to fix the situation, and refrained from making a fuss.

Internally, Turnbull has been reported as encouraging colleagues to give the PM more time. That in itself is not a qualification for saintliness; more time would suit Turnbull.

Annabel Crabb is the ABC’s chief online political writer. She tweets at @annabelcrabb.