An extraordinary investigative report from documented.net tells how morbidly rich families, their companies, and their personal foundations are funding efforts to limit or restrict democracy across the United States.

Source: Opinion | Why Oligarchs Don’t Just Want to Be Rich, But Kill Democracy Too | Common Dreams

Source: How Russian Oligarchs, the Saudis, and China Are Swaying American Elections | The Smirking Chimp Some of Russia’s richest and most powerful men have been described as oligarchs. But what does the term really mean and why is the West so fascinated with them?

Source: What is an oligarch? The circle of businessmen who made their wealth after the fall of the Soviet Union – ABC News

At long last, the Australian government has added one of Putin’s claque to the sanctions list, Origin’s fracking partner in the Beetaloo Basin. And dirty dealings in a dirty industry don’t end there. The case highlights the massive government outlay required for otherwise uneconomic projects, writes Kurt Johnson. It’s worth asking exactly why the Australian government dithered until today to sanction oligarch Viktor Vekselberg. This associate of Vladimir Putin, owner of world’s largest collection of Fabergé eggs, has a significant minority stake in Falcon Oil and Gas Australia. The company, in a joint venture with operator Origin Energy which together own three permits in the Northern Territory’s Beetaloo Basin, the keystone project of the government’s “Gas-fired Recovery Strategy”. 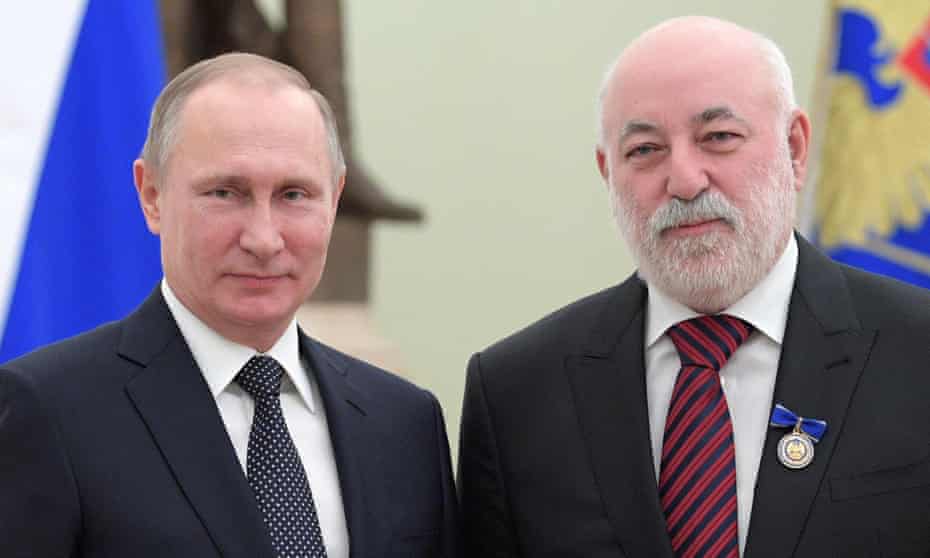 Why is Morrison applying a feather duster to the Russians and Australian Corporations still doing business with Putin’s State? Are they L-NP donors?

The Morrison government is facing questions over why it has not included two Russian oligarchs, who have assets in Australia, among those it has imposed sanctions against over the invasion of Ukraine.

The Russian ultra-rich amassed their wealth during the economic and social turmoil following the collapse of the Soviet Union, and the introduction of the market economy.

Many had ventured into commerce in the 1980s, unaware they were positioning themselves to benefit unimaginably from one of the fastest redistribution of assets in history.

Russia’s early post-Soviet elite were from modest social backgrounds who had genuinely benefited from the Soviet education system.

Mr Abramovich, for example, grew up in poverty.

Over the course of the 1990s, a group of bankers and tycoons appeared at the top of the new rich stratum by seamlessly turning their political clout into wealth.

“The early Russian oligarchs seemed to have appeared from nowhere and got their hands on the driving wheel of government,” Dr Schimpfossl says.

Space to play or pause, M to mute, left and right arrows to seek, up and down arrows for volume.
Audio: Rich Russians: From oligarchs to bourgeoisie (Late Night Live)

During the oil price boom that helped fuel President Vladimir Putin’s resurgence in the 2000s, Moscow regularly topped rankings of cities with the most billionaires.

“A whole new layer joined them getting rich on the back of the high oil price which lasted until 2008,” Dr Schimpfossl says.

“It was almost as important as the first round of privatisation in the ’90s.”

Mr Putin eventually brought economic liberalisation under his personal control and significantly reined in the oligarchs.

“If they didn’t fall out with Vladimir Putin shortly after he came to power, they now prop up his kleptocracy with injections of cash whenever he asks them to,” Dr Schimpfossl says.

The bank’s private investment arm is increasingly chasing profits at the expense of its anti-poverty mission.

Source: The World Bank Is Supposed to Help the Poor. So Why Is it Bankrolling Oligarchs? | Mother Jones