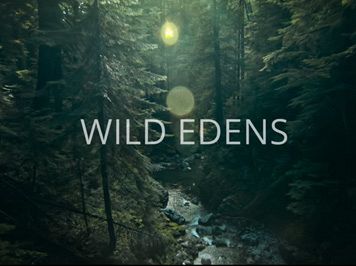 A new documentary series is nothing more than a propaganda tool for nuclear power, writes Noel Wauchope.

IN SEPTEMBER THIS YEAR, National Geographic will launch the documentary series, Wild Edens. It’s all about wilderness areas and is also a soft sell for the nuclear industry. And there’s a proud Australian connection, with the Global Ecology Lab of Flinders University, South Australia. Their energy researcher, Ben Heard, was master of ceremonies at the premiere in Spain in April.

In late July, Robert Thomson, the suave chief executive of News Corp – the recently separated and financially challenged publishing branch of the Murdoch media empire – announced that Col Allan, the editor-in-chief of Rupert Murdoch’s favourite tabloid, the New York Post, was coming home to Australia on a two- to three-month assignment. Unless Allan’s visit had some political purpose, the return of the native was difficult to explain. Under his editorship, the New York Post has reportedly lost several hundred million dollars since 2001.

Source: Why Rupert Murdoch can’t be stopped: The political empire of the News Corp chairman | The Monthly

Murdoch’s got plans for National Geographic.

As these phones rang, one by one National Geographic let go the award-winning staff, and the venerable institution was no more.

The name now belongs to Rupert Murdoch, and he has plans for it. The CEO of National Geographic Society, Greg Knell, tried to claim back in September that there “there won’t be an [editorial] turn in a direction that is different form the National Geographic heritage.” Murdoch’s move today only served to prove Knell’s words hollow, with hundreds of talented people now served their pink slips. And with the recognition that Murdoch’s other enterprises do not reflect the standards held by National Geographic, and with Murdoch’s history of changing the editorial direction of purchased properties, today’s move indicates that we can expect a similar shift for National Geographic.

National Geographic‘s weakness has been its cable channel. While it does feature many pieces on scientific endeavors, it also has featured shows such as Doomsday Preppers and Chasing UFO’s which lacked much of the respectability of the print magazine. They have since been removed from the schedule, but the damage to the channels reputation remains, and reflects poorly upon National Geographic itself. 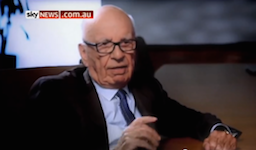 It was announced yesterday that 21st Century Fox and the National Geographic Society are creating a for-profit, commercial company that will encompass all National Geographic properties, including its magazines, websites and television channels. Fox will own 73% of this new company.