But there are real questions about whether he will, in fact, be able to govern. At the moment, it seems likely that the Senate – which is wildly unrepresentative of the American people – will remain in the hands of an extremist party that will sabotage Biden in every way it can. Before I get into the problems this confrontation is likely to cause, let’s talk about just how unrepresentative the Senate is.

‘We are in big trouble’: Is America becoming a failed state? 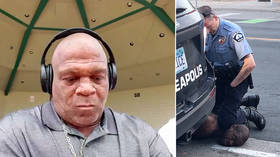 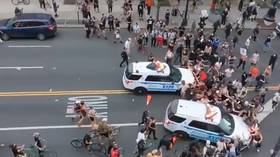 The ruling elites abjectly serve corporate power to exploit and impoverish the citizenry. Democratic institutions, including the courts, are mechanisms of corporate repression. Financial fraud and corporate crime are carried out with impunity. The decay is exacerbated by the state’s indiscriminate use of violence abroad and at home, where rogue law enforcement agencies harass and arrest citizens and the undocumented and often kill the unarmed. A depressed and enraged population, trapped by chronic unemployment and underemployment, is overdosing on opioids and beset by rising suicide rates. It engages in acts of nihilistic violence, including mass shootings. Hate groups proliferate. The savagery, mayhem and grotesque distortions familiar to those on the outer reaches of empire increasingly characterize American existence. And presiding over it all is the American version of Ubu Roi, playwright Alfred Jarry’s gluttonous, idiotic, vulgar, narcissistic and infantile king, who turned politics into burlesque.

via America the Failed State