UK-based offshore drilling contractor Valaris has filed for bankruptcy protection in the United States, offering creditors to swap some $6.5 billion of its $7.8-billion debt pile for equity. The company is the largest offshore rig owner in the world. Warmongers walk away with the purse leaving the rest to pay and Australia is a victim as well. (ODT)

Even if Washington stopped spending on its wars tomorrow, it will still, thanks to those conflicts, owe more than $8 trillion in interest alone by the 2050s.

Never before has this country relied so heavily on deficit spending to pay for its conflicts. The consequences are expected to be ruinous for the long-term fiscal health of the U.S., but they go far beyond the economic. Massive levels of war-related debt will have lasting repercussions of all sorts. One potentially devastating effect, a new study finds, will be more societal inequality.

via Bankrupting Ourselves to Death: How We’re Borrowing to Fight the Wars we’re Losing

A full-blown trade war could cost the global economy $US470 billion ($590 billion), according to Bloomberg Economics.

Doing A World Of Good: Decisions by a 4 times bankrupt who has grown his inheritance by Minus $9 billion and destroyed countless numbers of others in the process.

US coal company Peabody Energy reports more than $10 billion in debt, making it the third, major US coal producer to seek protection from creditors since 2014. 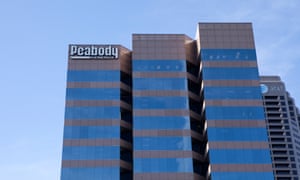 PAUL BUCHHEIT FOR BUZZFLASH AT TRUTHOUT

Because of irresponsible reporting by conservative sources, many Americans have been led to believe that social programs are bankrupting our nation. The mainstream media fawningly concurs, with statements like this from USA Today: “The massive deficits…[and] chronic underfunding…are largely the result of Washington’s habit of committing too much money to benefit programs.” States are now beginning to attack imagined safety net abuses, such as the use of food stamp funds to pay for fortune tellers and pleasure cruises.

But hungry people rarely waste their modest benefits, and most are eager to work to support their households. Almost three-quarters of those enrolled in food stamps and other social programs are members of working families. And according to the US Department of Agriculture, only 1 cent of every SNAP dollar is used fraudulently.

The real threat is the array of entitlements demanded by the very rich. As they get richer, they’re gradually bankrupting the greater part of America, the middle and lower classes. The following annual numbers may help to put our country’s expenses and benefits in perspective.

The threat of “entitlement,” in the case of Social Security, is more properly defined as an “earned benefit.” Social Security is the major source of income for most of the elderly, who have paid for it. As of 2010, according to the Urban Institute, the average two-earner couple making average wages throughout their lifetimes receive less in Social Security benefits than they paid in.

That’s $2.2 trillion in tax expenditures, tax underpayments, tax havens, and corporate nonpayment. It is estimated that two-thirds of tax breaks accrue to the top quintile of taxpayers.

That’s $5 trillion dollars a year, the annual amount gained in US wealth from the end of 2008 to the middle of 2014. In the six years since the recession, for every $1 of safety net costs, $10 in new wealth went to the richest 10%.

America’s 14 richest individuals made more from their investments last year than the $80 billion provided for people in need of food.

Clearly, conservative sources don’t tell us the full story. They dwell on the cost of the safety net, emphasizing its accumulating total over several years, while stubbornly ignoring the real problem.

The super-rich feel they deserve all the tax breaks and the accumulation of wealth from our nation’s many years of productivity.

That’s the true threat of entitlement.