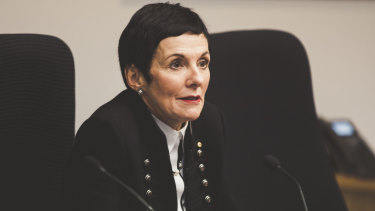 via Wage theft or honest mistake? Small business hits back

TODAY Tony Abbott delivered a confessional end to the parliamentary year by confronting the government’s problems and predicting voters would be forgiving.

The Prime Minister appeared to hug himself as he slapped his chest with both hands and accepted any blame: “Obviously I take responsibility for everything in the end. The buck stops here.”

Mr Abbott stood before reporters for a 45 minute press conference in Canberra after the government’s difficulties last week, considered one of the worst ever for the Prime Minister.

He put the difficulties down to “atmospherics” and not substance, but did not deny it was a painful week, with Medicare policy confusion, debate over his promises, and outcry over cuts to public broadcasters.

In what amounted to an admission of jitters within government ranks and a pep talk for the Coalition’s fresh start next year, Mr Abbott:

• Acknowledged voters’ discontent, but said they would better appreciate his policies “over time”;

• Argued that voters know “where the government’s heart is” and would re-elect it in 2016;

• Compared his first year to the “diabolical position” of newly elected Prime Minister John Howard in 1996, and pointed to the Howard victory in 1998;

• Said his reference to “barnacles” last week was intended to foreshadow plans to get policies through the Senate, not to abandon them.

• There needed to be better negotiations with the Senate cross bench to get the government’s Plan A policies through before looking for a Plan B;

• The Prime Minister’s paid parental leave scheme, already changed once, was still facing “a lot of internal and external flak”, but would not be dropped;

• He stood by his personal office after a significant communications mix up last week, which left him “bemused and surprised” to be told the $7 GP co-payment was being dumped;

• He acknowledged the big fall in revenue from declining resource exports, but said there would not be “massive additional savings” to make up for it, although “sensible efficiencies” would be sought.

“They wanted to put baubles this big on that Christmas tree back there, but I held firm.” Source: News Corp Australia

Last week, Mr Abbott took two days to agree that he had, on election eve, promised there would be no funding cuts to the ABC and SBS, having just announced some $300 million in cuts to the broadcaster.

Today he pleaded that there had been a change of circumstances, and denied it was a broken promise.

“Things have moved on. Circumstances are different,” he told reporters.

“Going to that election, the then government was telling us the deficit for that year would be $18 billion. It turned out to be $48 billion.

“I think sensible governments are not only entitled to, but are expected to change when circumstances change.”

Despite the confessions, Mr Abbott also blamed the Labor Opposition for the political pain he was feeling.

“I think that the Labor Party are doing their best to sabotage the policy and sometimes the public see the soap opera. They don’t see the substance,” he said.

“But I think we are getting our message across clearly and I think that over time the public will respond more appreciatively than they seem to be now.