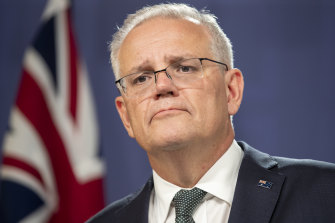 Is Morrison announcement an American decision?  A $10Bn base plus ongoing payments to house and rent their submarine fleet and manpower?  We have already spent $3bn just planning, advertising and cancelling ours and got absolutely nowhere other than destroying our relationship with France. Is it any wonder Morrison has never been seen as a man of action just a stumble bum?

Mr Morrison will note there would be economic benefits from the submarine base that would also be used by visiting nuclear-powered US and UK submarines. Among the criteria set for the location of the base, Mr Morrison will say its proximity to a large population base so as to recruit and retain a substantially larger uniformed submarine workforce.