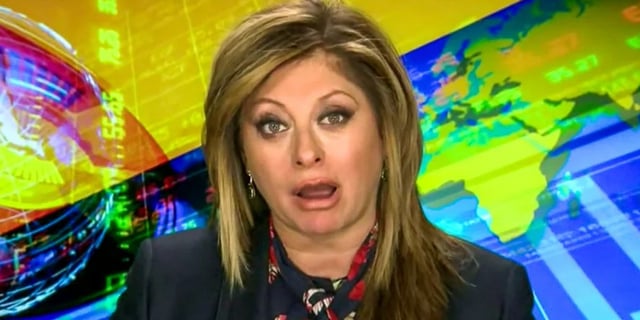 Russian State Media models itself on Fox News. Fox now declares, along with their favorite President Trump, that the likes of Vlad and Orban run model governments and are model leaders of political systems that should be envied. That they are merely misunderstood and maligned by Biden.

98% of Canadian truckers are vaccinated and their unions do not support the stupidly named “freedom convoy” which is both highly organized and funded by the likes of the Oath Keepers. They are armed, and are using their children as shields. How free is that?

Yes, Fox News has gone the Full Monty in declaring Justin Trudeau “Red” when Murdoch media is actually acting as a support agent for the Russians in their efforts to reelect Trump just as they did in 2016 and 2021 when they encouraged the Jan 6th riots. Murdoch Media is so blinded by the opportunity to profit it is constantly caught out as unfit for having a media license anywhere in the world. Murdoch was caught 1) Illegally bugging the phones of British citizens forcing the News of the World to be closed and his CEO and editor jailed. He then fled the country for the USA 2) Broadcasting live the NZ Christchurch massacre so much so the NZ government shut him down. 3) The Murdoch’s are the basis of 65% of all complaints directed to the Australian Press Council yet remain the nation’s biggest Fake News provider. 4) They are the shadow behind the conservative efforts to shut down both the BBC and the ABC and become the voice of right-wing government in the anglo world.

Today has been a wild one over in Fox News propaganda land, even by their standards. This morning, anchor Jesse Watters urged the United States to annex Canada to save it from Prime Minister Justin Trudeau, whom Watters suggested is a communist. And he was serious.“We have to finish the wall and build a fresh one in the north if this keeps up. Or we could just liberate the Canadians from their dictatorship,” said Watters. “It’s not like America hasn’t done that before. There’s room for a few more stars on the flag.”The full eight-minute segment is below: