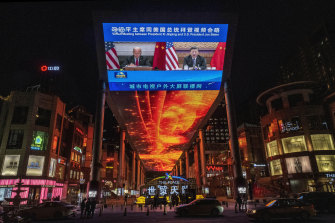 Singapore: Australian cattle farmers and abattoirs lost half a billion in exports to China in the last two years, cotton producers were down $870 million, copper exporters $1.5 billion.But the Chinese importers did not miss those products. Australia’s great Indo-Pacific ally, the United States, was happy to make up for the shortfall.The same happened with timber and coal. As Australia’s coal exports fell by $11 billion, the US added $1.8 billion to its usual load over the same period. Russia, Canada and Indonesia also sent more.Markets are unsentimental; when there is a gap they fill them. The US and Australia have made much of their united front on China’s economic coercion, but the truth is American exporters have been eating Australia’s lunch.