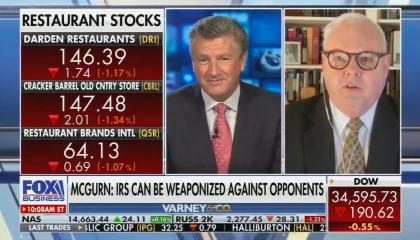 The Treasury Department told Congress last month that under-collected taxes are on track to total $7 trillion over the next decade, or about 15% of total tax revenues that would be owed under the law, thanks in part to budget cuts over the past decade that have sharply scaled back audits. Deputy Assistant Secretary Mark Mazur recently explained to Congress that this trend has negative consequences, including higher tax rates elsewhere in the economy — that is, the costs are borne by people who follow the rules — as well as the fact that “persistent non-compliance also undermines confidence in the fairness of our tax system.” As other experts have explained, much of the “tax gap” as it is known comes from higher-income earners. While nearly all regular wage income is properly reported, other forms of income such as business partnerships and capital gains have higher rates of misreporting. (This news also comes in the context of a political environment in which billionaire executives such as Jeff Bezos and Elon Musk have successfully avoided having to even pay federal income taxes in some years, by receiving much of their compensation as stock in their own companies.) Wall Street