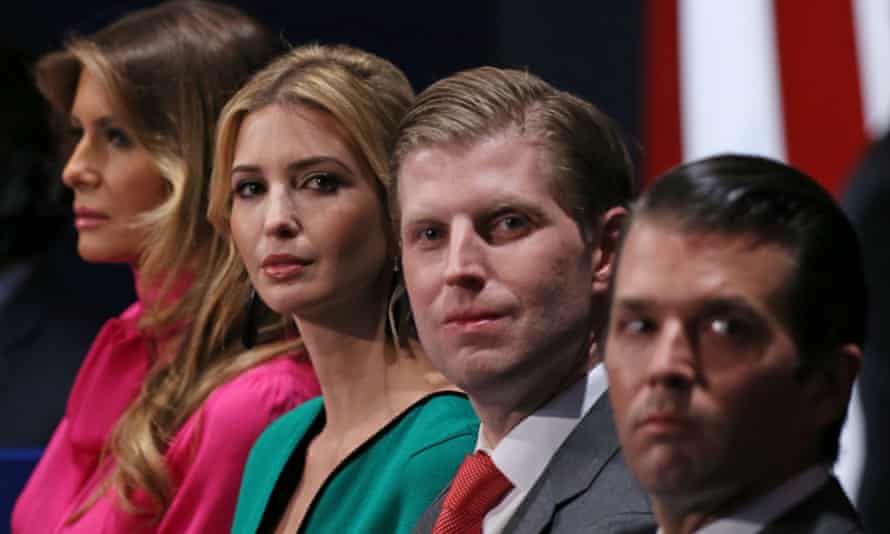 While Ivanka appears to be coolly attempting to control her own narrative behind the scenes, Donald Jr and Eric reacted to the Trump Organization criminal charges by having histrionics on camera. Eric Trump told Newsmax last week that “Don, Ivanka and I live really nice, clean lives”. Meanwhile, Don Jr posted a 13-minute video on Facebook calling the charges against his dad “banana-republic stuff”. He also (rather unhelpfully) acknowledged that the allegations Trump paid for Weisselberg’s grandchildren’s school fees were true. “My dad did that,” he said, because he is a “good guy”. A “good guy” who probably wishes he raised smarter kids. With children like these, who needs enemies?

Source: The Trump kids look likely to turn on their dad – and I suspect Ivanka will go first | Arwa Mahdawi | The Guardian