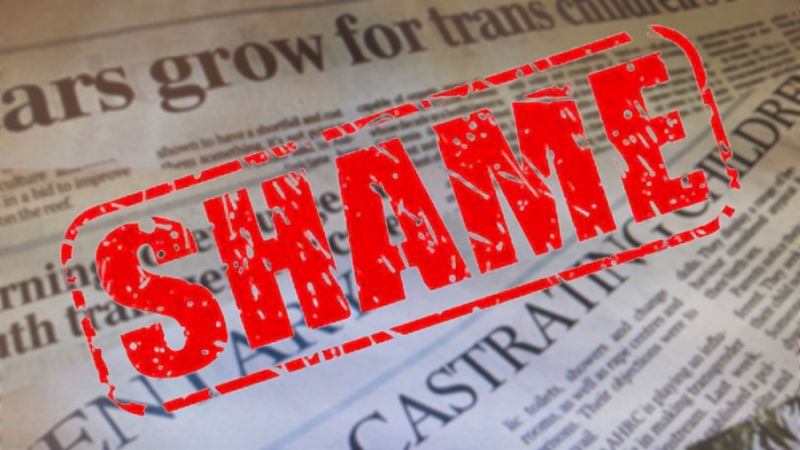 So far, it looks like no real live gender diverse people have actually been consulted on this. The Australian has sunk to a new low — it’s as though they are out looking for a new group to spread misinformation about, vilify and throw to their rabid yet shrinking audience. The Australian never used to be as bad as this, back in the 90s when Emma Tom wrote entertaining columns for Generation X-ers on page one of the Weekend Australian, it was a different sort of beast. That was before far-Right politics and Pentecostalism infiltrated the MSM.

via The Australian: Another day, another minority group to denigrate