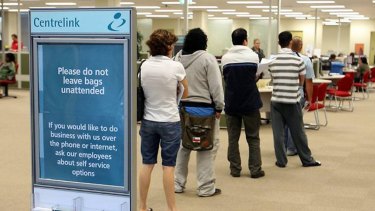 This morning, the Financial Review had a piece titled ‘Tax cuts are no handout to the rich’. Well, of course, they would say that, as their whole purpose as a media publication is to write pieces that are of interest to those with money or interested in money.

What really grated, though, was this tweet which the Liberals also flogged:

Unless the full tax cut package is passed, high income earners risk losing out to the “silent thief” of tax bracket creep, according to new analysis.

We are constantly told we need a surplus and we can’t afford to “waste” money. The Government has no money to help the homeless, raise Newstart, raise the pension or support community legal services — in fact, they are always looking for “savings” in these areas. Savings being the euphemism for cuts.

But the Government does have money to spend on tax cuts for those on high wages and big business.

Now, if everyone in Australia is supposedly equal, how can a Government justify giving wealthier people more money when we have people who are homeless, starving and living in abject poverty?

Worse. When this issue is raised, it is called “politics of envy”.

via Politics of envy: Feeding the rich in an entitled society