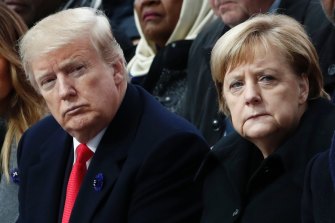 He doublecrossed the Kurds to get their oil wells. Has stayed in Syria for Exxon’s sake. Refuses to leave Iraq and is still in Afghanistan. But he’s turned his back on his European allies for not paying him. However, he doesn’t pay the UN and has left the WHO in order to bring them to their knees and says he’s not a” sucker”. Bye Bye American Pie. (ODT)

via ‘We don’t want to be the suckers’: US to withdraw 12,000 troops from Germany