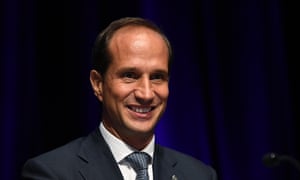 via AMP chief gets pay rise of up to $1.8m despite company posting $2.5bn loss | Australia news | The Guardian 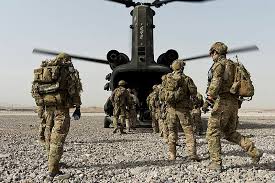 Politicians’ pay rises have outstripped those of Australian soldiers by more than 140 per cent over the past two decades, according to new research by a leading military think-tank.

And the Australian Strategic Policy Institute says the government could afford to give sailors, soldiers and air force personnel a pay rise to match inflation without reducing other military spending programs.

The government put its offer of a 1.5 per cent pay rise for each of the next three years in exchange for a reduction in leave entitlements and other allowances before the Defence Force Remuneration Tribunal this week amid a storm of controversy.

More than 11,000 service men and women and their families contacted their advocacy group the Australian Defence Welfare Association, most of them expressing anger at the deal and some of them labelling it “outrageous” and “a joke”.

The military’s top brass were forced onto the defensive with the Chief of the Defence Force, Air Chief Marshal Mark Binskin, telling the nations’s 57,000 men and women in uniform that it was the best outcome he could negotiate in the current budget climate.

After the tribunal reserved its decision on Wednesday, the Strategic Policy Institute’s senior analyst Mark Thompson has found that the wage offer will leave ADF members and their families more than 2.6 per cent worse off over the next 36 months with inflation running at 2.5 per cent per year.

“Compared with the remainder of the labour force, the picture is worse still,” Mr Thompson wrote in his analysis.

“The government projects that the wage price index will run at 3 per cent over the next two years.”

The Defence economics expert wrote that with the Defence budget indexed at 2.5 per cent to keep pace with inflation, a better pay rise was within the government’s means, even under its hardline public sector industrial policies.

“ADF workforce has been quarantined from efficiency dividends under the current and previous governments.” Mr Thompson wrote.

“It follows that an inflation-matching salary increase of 2.5 per annum could be afforded from within existing funding without redirection from other programs, consistent with the government’s 2014 Workplace Bargaining Policy.”

The analyst found the base pay of a federal parliamentarian had grown more than 250 per cent since 1991 while the average adult weekly earning was up by just over 160 per cent.

But the salaries of ADF members, and their civilian colleagues in the Department of Defence, had grown only about 110 per cent.

“The salary plus service allowance for a sergeant in the army roughly equates with average adult full-time earnings in Australia, $78,000,” Mr Thompson wrote.

“Looking over time, ADF salary increases have consistently outpaced inflation; and growth in average weekly full-time ordinary earnings has done the same, but by a wider margin.

“Defence APS salaries and ADF salaries are bootstrapped onto each other, thereby explaining their overlapping trajectories.”

Mr Thompson acknowledged the government had frozen the pay of politicians and senior public servants this year.

“However, this needs to be seen in the context of the 31 per cent pay increase awarded to parliamentarians in 2012, along with the 27 per cent increase in remuneration awarded to the Chief of the Defence Force and a similar rise for departmental secretaries over the period 2012 to 2014,” he wrote.

The technical union Professionals Australia, which represents many members of the Defence establishment, said the research highlighted the “hypocrisy” behind the low wage offer.

“It is also clear that increases to the Defence budget could comprehend fair and reasonable increases for all Defence personnel,” union official Dave Smith said.

“This is why it is outrageous that ADF personnel are expected to take a pay offer well below CPI and lose important conditions and it is hypocritical for their political masters to tell them to tighten their belts.”