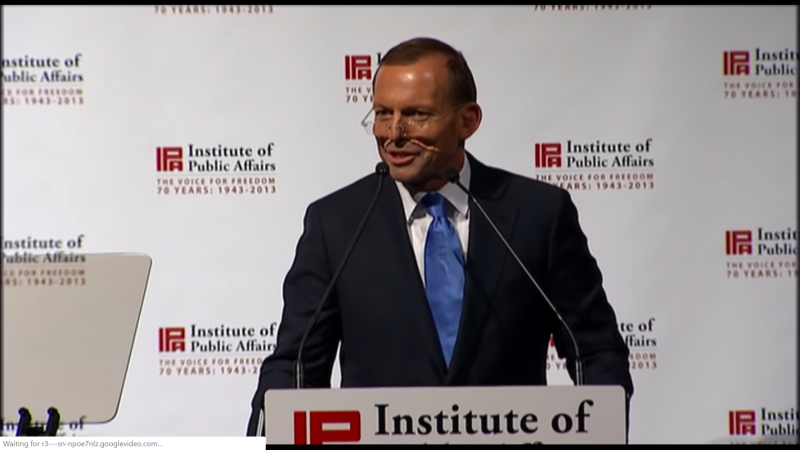 IPA?Murdoch/LNP the triumvariate of an unhinged and diminished Democracy (ODT)

What are some of the things they succeeded in?

Many of the items can be ticked off, as having been completed, or at least attempted. Most, if not all of them, as reactionary, elitist and nasty:

Repeal the carbon tax, and don’t replace it;
Abolish the Department of Climate Change;
Cease subsidising the car industry;
Repeal the mining tax;
Devolve environmental approvals for major projects to the states;
Cease funding the Australia Network; and
Privatise Medibank.

It seems like the sort of list that very young, privileged brats would produce before they actually encountered some real life. Let us just say it is a work of stupendous lightness and the Liberal Party has been captured by it for nearly eight years now.

There isn’t one thing that would materially improve the life of a single citizen. It is all self-aggrandisement writ large, with not a thought for the weak or the helpless. We have been blaming Abbott, Hockey, Scott Morrison and Peter Dutton for a long time, but they are just dupes of three would-be intellectuals, who wouldn’t know what the words mutual obligation meant.

The IPA gave Abbott a plan for Australia and he bought it.

via The IPA has captured the Liberal Party