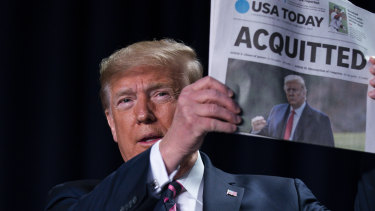 via A majority of Americans already want Trump out, but will enough vote to make it happen?

Trump is engaged in political triage. He doesn’t bother campaigning in areas of the country where he’s disliked by the majority. He directs federal funding as much as possible to areas dominated by his supporters. He insults his blue state opponents with electoral impunity. It’s sobering to learn that, according to an analysis in the Cook Political Report, Trump could lose by five million votes — nearly twice the margin of the popular vote in 2016 — and still win the presidency via the Electoral College. Now that is a disgusting mess.

via The GOP’s Sinister New Nationalism | The Smirking Chimp