“People just burned alive,” said Ukraine’s interior minister, while the head of the Poltava region stated that “it is too early to talk about the final number of the killed.” 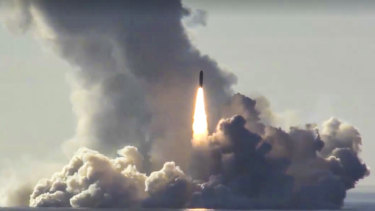 US officials said they are no longer hamstrung and could now develop weapons systems previously banned under the Intermediate-range Nuclear Forces treaty with Russia, a Cold War-era agreement that both sides repeatedly accused the other of violating. The treaty was also criticised because it did not cover China or missile technology that did not exist a generation ago.