Nuclear subs,B52s, but no warheads not even stored here?  Just dinky toys to play and warn with? We seem to have an American mindset, not a Pacific Regional one and are hair-trigger-armed.

In an arc of militarisation across northern Australia, successive Australian governments, in close concert with the United States, have responded to the rise of a newly assertive China in terms that constitute an almost historically irrevocable opposition to any accommodation with China as a regional great power.

Source: Prepping for a China war: the new arc of militarisation across northern Australia – Pearls and Irritations

This week, the Senate voted down a resolution that would have blocked a defensive weapons sale to Saudi Arabia. The measure attracted support from senators of both parties for its potential to pressure the kingdom to end the war in Yemen. Intercept reporters Sara Sirota and Ken Klippenstein join Ryan Grim to discuss what the politics surrounding Saudi Arabia look like with a Democrat back in the White House. Transcript coming soon.

Was the Afghanistan War a failure? Not for the top five defense contractors and their shareholders. Jon Schwarz

Given his erratic behavior, from daily Twitter eruptions to upping his tally of lies by the hour, it’s hard to think of Donald Trump as a man with a plan. But in at least one area — reshaping the economy to serve the needs of the military-industrial complex — he’s (gasp!) a socialist in the making.

via Pentagon Socialism: Militarizing the Economy in the Name of Defense

In Yemen, 8.4 million people are on the brink of famine and 11 million children require humanitarian assistance, in a population of 29 million. Those children are not receiving the assistance they need because of a Saudi-led, US, UK and Australia-backed, military blockade, using hunger and disease as a weapon of war, which is a war crime.

While they starve, Yemenis are being bombed from the air, and attacked on the ground in collaboration with Al-Qaeda and Al Qaeda-linked militants. Half of the country’s medical facilities have been destroyed, as a Cholera epidemic sweeps the nation. All this is being perpetrated using US, British and Australian weapons.

Why? Because it’s what Saudi Arabia, keeper of the petro-dollar, wants.

Although the UN’s Humanitarian Chief said on January 6th that the situation in Yemen “looks like apocalypse”, on January 16th, the US Army boasted on its Twitter feed that it would continue to boost the Saudi Military’s “powerful capability”.

“Capability” was a buzzword surrounding Australia’s new fleet of tanks on Wednesday as well. Capability for what? Inflicting apocalypse? Capability to starve and bomb millions of impoverished Yemeni people to death? 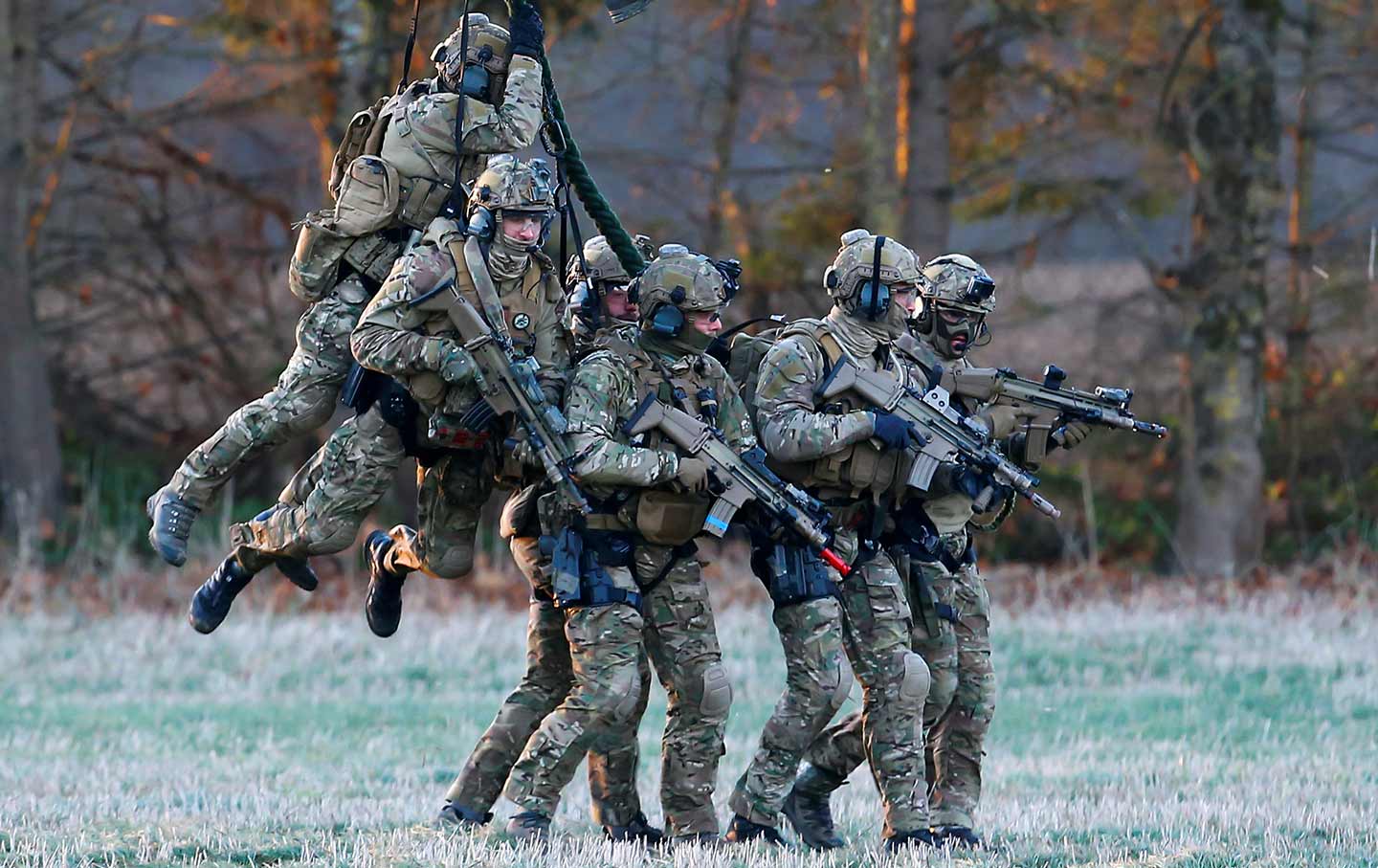