This all goes to the inexorable transition of power from citizens to multinational corporate interests, from voters to those who don’t vote. It is a global trend but given that Australia is a relatively small market, the concentration of corporate power via monopolies and duopolies is marked.

To borrow from the parlance of the Prime Minister, the big corporations are definitely “having a go to get a go”. Citizens however, briefly, had their go the other day. And, having made their decision in favour of the Coalition, have given a really good go to multinationals.

Large corporations and some wealthy business people, unlike ordinary people, make political donations. They don’t give money to political parties on the expectation of zero return. They have paid their dues, now it’s payback time. The only way to extract this cancer from the body politic is to ban money in politics. Australia is a long way from doing that, and until it comes, public confidence in the system will continue to erode.

via Election 2019: how good is plutocracy! – Michael West

Donald Trump’s 2020 presidential campaign raised and spent an unprecedented sum of money during the midterm elections. But much of that cash wasn’t used to help endangered Republicans in Congress—it was used to help Donald Trump. 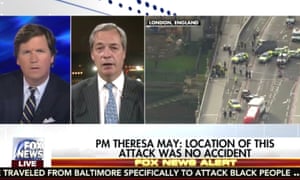 He talks about ‘respect’, but the rightwing blowhard’s response to the Westminster attack has been tall tales he can only get away with on US TV

The group planning the inaugural festivities says it has raised more than $US100 million ($133 million) which would be nearly double the record for an inauguration.