Dutton avoids responsibility and simply victim blames for his transgressions.

Mr Dutton has stated that Australia should not help poor Nations which have done little to increase global warming, while Prime Minister Albanese has left the question open at present. Australia is one of the world’s largest exporters of greenhouse gases; hence Australia is partially responsible for the plight of millions of people overseas. The LNP view of having “No Duty of Care” for young people falls into a similar belief as not caring for people when the emissions exported by Australian fossil fuels corporations is deadly for people especially in poorer countries, and to a lesser extent for Australians. The effect of greenhouse gases knows no borders.

Source: Science vs Lies – We have been Conned – » The Australian Independent Media Network

Morrison is pleased to present himself as nothing less than a Christ like figure condemned by those he wished to save.

Despite having breached ethics and deceived Australia, former PM Scott Morrison has tried to convince us that his secret power grab was in our best interest, writes Darren Crawford.

Scott Morrison did it for Australia 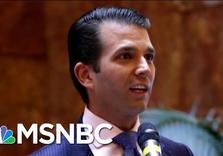 Source: A short comic gives the simplest, most perfect explanation of privilege I’ve ever seen.

(TFC) Washington D.C. – Those who don’t understand history are doomed to repeat it, those that do understand are doomed to watch in horror while everyone else repeats it. The run up to overthrowing President Assad of Syria was occurring before The Fifth Column existed. I covered it …