For decades, Republicans have been trained to put party above country. It shows in this impeachment trial. 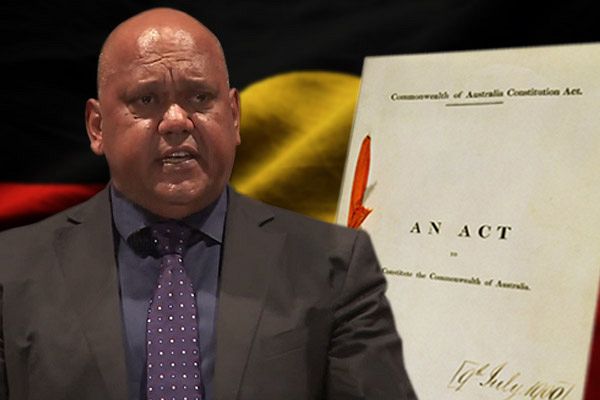 via The Australian republic must enshrine rights for all 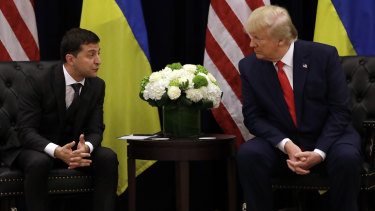 US President Donald Trump subverted official foreign policy for his personal gain, undermined American national security and engaged in an unprecedented attempt to obstruct an impeachment investigation, according to a pivotal report released by Democrats.

The report by the Democrat-controlled House Intelligence Committee, released on Tuesday (Wednesday Australian time), provides a likely blueprint for forthcoming articles of impeachment against Trump over his dealings with Ukraine.

via ‘Worse than Nixon’: Democrats lay out impeachment case in landmark report 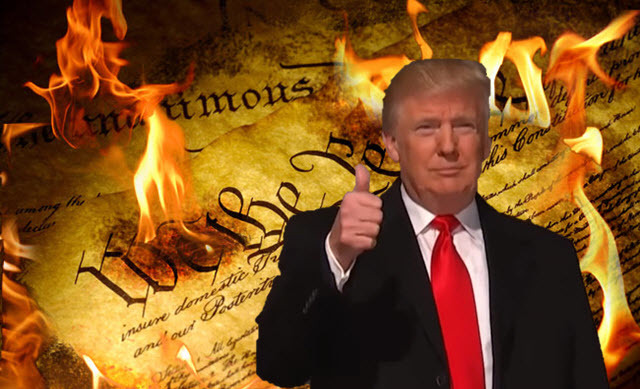 via The Constitutional Crisis is Now | The Smirking Chimp

Jackie Lambie represents an electorate not any Aboriginal community. Bolt speaks of her as if she is some representative. He gives her voice he gives her attention so he can knock her down. Bolt needs space a fatuous filler for his meaningless argument about parliamentary representation. . He is not only lazy but a danger he is constructing an argument about  Noel Pearson, the constitution which is self-serving,  narcissistic, racist bullshit.

Noel Pearson unlike Lambie does represent some Aboriginal communities not all but some, so he does have a legitimate voice. Nowhere does he argue what Bolt attributes to him, that a separate parliamentary voice is needed.  Bolt is a liar, a coward protected in his Murdoch tower.

He and Pearson agree on the constitution. They agree that race is a non issue. Pearson isn’t asking for a separate parallel parliament nor any special place in the current parliamentary  structure.  Bolt is just needs us to believe it for his argument’s sake. He constructs the  lies to  knock them down and attributes them to Pearson. Bolt’s whole blog is  a wank nothing to do with reality other than to say “look at me aren’t I a clever prick”

We live in a differentiated society. Representative associations act as advisers to the government on all sorts of matters ANIC ,AHA, IPA etc they lobby and advise  the government ministers on all sorts of issues. To say we are a society of individuals alone with equal influence is crap. Newscorp is a lot more than just a bunch of  individuals with varying opinions. Bolt is part of that corporate tribe.

Aboriginal people are a number groups (mobs)which have both common and separate interests 13 different clans are meeting the PM as we speak. Bolt always refers to them as one amorphous whole it suits his lazy simplistic argument. He does it with Islam and the left and any number of people. It’s taken over a year for these 13 clans to have this broken promised meeting with the Abbott who also happens to be their current minister and whose department is non functioning  shambles at the moment. Warren Mundine is his Abbotts personal adviser on Aboriginal affairs one man. Mundine is not representative of Aborigines at all.

Pearson is Advocating an inclusive representative organization a body of Aboriginals to advice the minister. What Andrew Bolt  is racist in that? He is not talking colour he is talking common and separate interests of varying communities both isolated and urban . Pearson is talking about representational and inclusive government isn’t that our current democratic system?. If Bolt suggests there is something nefarious in that he is self-serving scum whose running a polemic for polemics sake.  This country is divided into interest groups political parties, womens groups etc etc etc the Abbott government listens to them through their representative organizations and notthrough a single adviser like Mundine or Noel Pearson. Gay groups, Right wing think tanks and even Newscorp have a voice. Tony Abbott has dinner with Murdoch because their friends, pigs arse. Singling out Noel Pearson and using him to run your inane  specious argument is racist and a self-serving offering of crap. I bet you wouldn’t dare  run this shit by Noel Pearson face to face  Bolt only from the safety of your  Murdoch tower. Ask him to talk to you on the Bolt Report in the studio you gutless media troll.

You can watch the episode here, but if you’re not quite up to it, the relevant discussion began at around the 33-minute mark, when Bolt and Johns started hashing out whether recognising indigenous Australians in the document would divide the nation by race.

Bolt likes to say he dropped out but that sullies

the reputation of a number of good people