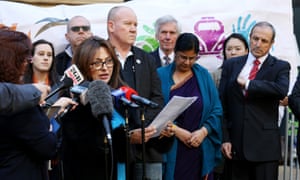 Far from watering down section 18C, I’d like to see it strengthened to include ‘religion’ – not to prohibit free speech but to prevent hate speech 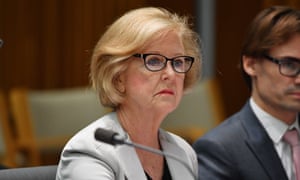 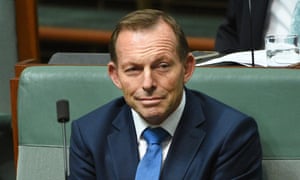 The Coalition prepares to bring registered organisations bill to crack down on unions while the windfarm commissioner will appear before Senate estimates. As it happened

Source: Xenophon shoots down Abbott’s proposal on 18C with ‘no, no and no’ – as it happened | Australia news | The Guardian

Eric Abetz has suggested journalists interrupting politicians in interviews could be considered offensive and insulting amid a push to change controversial provisions of the Racial Discrimination Act. 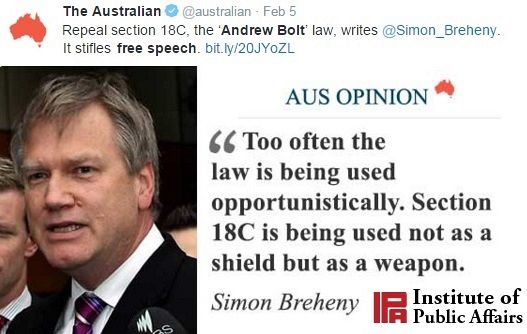 The campaign to rehabilitate one of the most notorious racist liars in the English-speaking world grinds on. Alan Austin reports — and asks why.

Recent commentary about the so-called “French” idea of free speech is fuelling confusion and misinformation in the debate about Section 18C of the Racial Discrimination Act 1975 in Australia.

Human Rights Commissioner Tim Wilson has said that a publication like French satirical weekly Charlie Hebdo, target of last week’s terrorist attack, would be “shut down” in Australia under Section 18C. New South Wales Solicitor-General Michael Sexton has written that:

… those who say they are Charlie should support changes to 18C.

Wilson and Sexton join the likes of News Corp columnist Andrew Bolt and Liberal senator Cory Bernardi, who have similarly argued that publications such as Hebdo wouldn’t be permitted because of Section 18C.

There is at least some truth to these claims. A publication like Charlie Hebdo wouldn’t survive in Australia – not because of 18C – but because two major corporations dominate our mainstream media. We simply don’t have the same plurality of the press as they do in France. Anyone who has travelled in France would know of the diversity of French print media – with an impressive total of some 15,000 titles – which operates largely thanks to generous government subsidies.

France is tougher on hate speech

As for Section 18C, hate speech is subject to much stricter regulations in France (under both civil and criminal law) than in Australia.

In July last year, for example, Front National politician Anne-Sophie Leclère was sentenced to nine months’ imprisonment and fined 50,000 euros for comparing Attorney-General Christiane Taubira (who is black) to a monkey on her Facebook page. The criminal penalties imposed on Leclère seemed to pass without uproar or outrage. What did arouse public debate for going “too far” was the court’s decision to impose an additional fine of 30,000 euros on Front National.

Recall also French comedian Dieudonné, whose shows were banned last year because of his controversial quenelle gesture (an upside-down Nazi salute). His latest arrest came just 48 hours after the massive march in Paris in support of freedom of expression. His Facebook post, “Tonight, as far as I’m concerned, I feel like Charlie Coulibaly” – linking one of the Charlie Hebdo killers to the tribute “Je suis Charlie” – reportedly prompted the charge of being an “apologist for terrorism”.

Dieudonné has been the subject of numerous court proceedings. In February 2014, a French judge found him guilty of incitement of ethnic or racial hatred and denial of crimes against humanity over videos on his YouTube account. In October 2009, Dieudonné was fined 10,000 euros for “public insult of people of Jewish faith or origin”. The following year he was again forced to pay 10,000 euros, after the International League against Racism and Anti-Semitism brought defamation proceedings. In February 2007, a French court found his remarks in an interview printed in Lyon Capitale to be offensive and hence a necessary restriction on the freedom of speech.

It is worth noting that these were criminal penalties, not civil as with Section 18C. The point is that the portrayal of the French legal system put forward by some conservative commentators is simplistic and misleading. So too is the portrayal of Section 18C as draconian.

In France, freedom of expression has been protected since the Declaration of the Rights of Man and Citzen of 1789. Also, as in other liberal democracies, the right to free speech is not absolute, but must be balanced against other competing rights with reference to the circumstances of each case. Hence the Law on the Freedom of the Press of 29 July 1981, which offers protections from racist and defamatory declarations, anti-terrorism legislation, Holocaust denial and insult and incitement to discrimination, hate or violence against individuals.

Charlie Hebdo itself has a chequered history of legal proceedings. French media report nearly 50 court cases, or one every six months. These include criminal proceedings brought in 2007 against then editor Philippe Val by the Grand Mosque of Paris. Val was acquitted. As in this 2007 court case, Charlie Hebdo won the majority of these decisions not due to freedom of speech tout court, but thanks to the protections on caricature, droit a la caricature.

It is also worth recalling that the case that fuelled opposition to Section 18C, Eatock v. Bolt, concerned printed articles – not cartoons or caricature. Section 18D of the Racial Discrimination Act includes various exceptions, including for fair comment, artistic work and performance. In the Bolt case, the judge found against fair comment in the public interest because the articles contained significant factual errors.

Australia, unlike France and other democracies, has only an implied right to freedom of speech on political affairs in the constitution. Those with genuine concerns about lack of free speech protections in Australia would do better to campaign for a bill of rights rather than pursue misdirected battles against Section 18C.

When the anti-18C campaign does not extend to other legislated restrictions – for example, section 578C of the Crimes Act, which includes publication of offensive or indecent articles, or section 35P of the ASIO Act – there is good reason to be cynical. When couched in terms of one’s “right to be a bigot”, even more so.

Context and facts are missing from debate

What conservative commentators don’t seem to understand is that they are not Charlie Hebdo; such a comparison is laughable. It is a satirical left-wing magazine that makes fun of all religions, political parties and themselves.

More importantly, Charlie Hebdo is part of France’s rich comic culture. Accordingly, its articles and cartoons must be understood in terms of parody, satire and, above all, with reference to political and cultural context.

This last point seems to have been missed entirely in the debate on Charlie Hebdo in Australia. Other things that are missing include reference to actual legislation and court proceedings.

A debate on reforming Section 18C should be informed by research and reason, not ideological cheap shots.