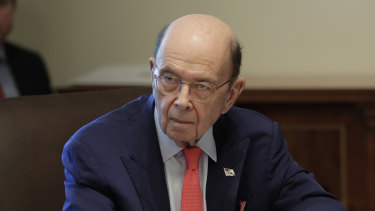 Trump wants to be a currency manipulator  but can’t openly be one so he’s doing it indirectly by threatening more Tariffs . The 6 times bankrupt simply can’t be trusted isn’t respected and is leading America into a zone of even greater trade deficit. (ODT)

The new regulation would appear to be designed to give it more grounds to act to protect particular US companies or industries. 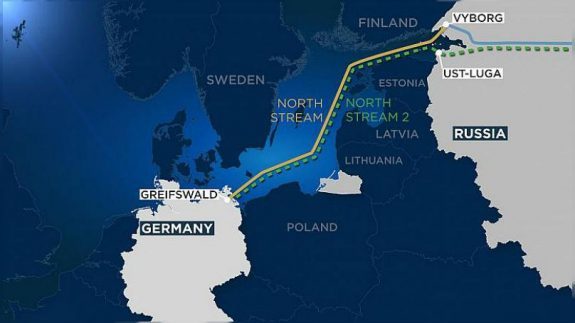 The US has been at war since the end of WW2 both physically and with trade sanctions on any companiy that doesn’t play their game. The EU Iran Cuba Venezuela and others have felt their sting. Isn’t it time there really was a free market and not the pretence of one? (ODT)

The angle taken by the European Union, Germany and Russia can hardly surprise. Themes of energy security are reiterated. The Nord Stream 2 consortium makes the claim that, “Completing the project is essential for European supply security.” Russian foreign ministry spokeswoman Maria Zakharova spikily condemned the sanctions measure. “A state with a $22 trillion national debt prohibits creditworthy countries to develop the real sector of their economies!”

For a EU spokesman, this constituted “the imposition of sanctions against EU companies conducting legitimate business.” A German government spokesman suggested that such actions “affect German and other European businesses, and we see the move as meddling in our internal affairs.” Finance Minister Olaf Scholz has sees it as an infringement of sovereignty. “It is up to the companies involved in the construction of the pipeline to take the next decisions.”

Nothing is quite so simple. Gas pipeline politics has always been contentious. One state’s sovereign promise is another’s weakening. Concessions made to corporate monopolies are risky, capable of fostering insecurity as much as reassurance. Those who control the tap control a country’s future.

But the imposition of any sanctions regime signals another bout of economic violence. In the international market, where governments operate as ready gangsters for corporate interests, prompted by such motivations as seeking more natural resources, tools of state become handmaidens of economic self-interest. And in all this, the prospect of ecological devastation remains genuine but an aside to the jabbering disagreement of political interests.

via Sanctions, Security and the Nord Stream 2 Pipeline – » The Australian Independent Media Network

via Free trade agreements are often ignored by business. So why has Australia signed a new one? – Analysis & Opinion – ABC News (Australian Broadcasting Corporation) 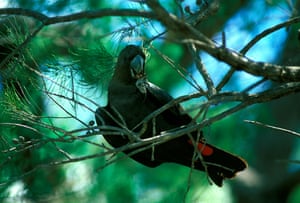 via ‘A legitimate zoo?’ How an obscure German group cornered global trade in endangered parrots | Environment | The Guardian

Correction Robb secured the ALP’s FTA’s he merely was a minister who signed on the dotted line. The ALP did the hard yards. (ODT)

Former trade minister Andrew Robb has attacked United States policy towards China, saying both sides of politics in Washington were obsessed with a “futile and counterproductive” effort to contain the rising Asian power.

Mr Robb, who has received a large salary as a consultant to Chinese firm Landbridge, launched the broadside against Australia’s major ally during a speech to the mining industry on Monday night.

The former minister, who secured several free trade agreements during his time in government, including that with Beijing, said both China and India were re-emerging as major players in Asia and would “share” power with the US over the course of this century.

Washington (AFP) – The United States warned Tuesday that countries around the world must stop buying Iranian oil before November 4 or face a renewed round of American economic sanctions. 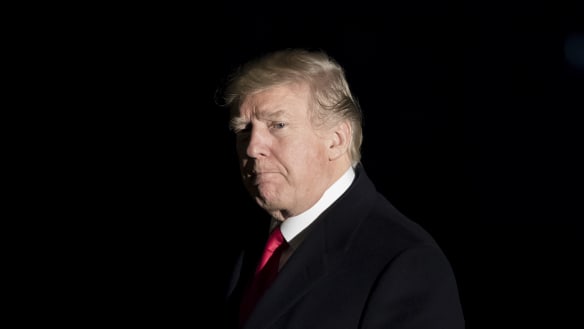 Most of the steel the US imports comes from Canada, South Korea, Mexico, Brazil, Germany and Japan. China accounts for less than four per cent of total imports, Australia even less. And as an attempt to make the US great, it’ll backfire.

via As an attempt to make the US great again, this Donald Trump decision will backfire.

At least 63 individuals with Russian ties have bought nearly $100 million worth of property. 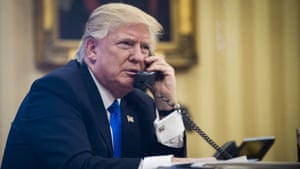 Michael Every, an English economist based in Hong Kong, to tell conference world could be split into trading blocs based around currencies

Source: Trump could end global trade and force choice between US and China, says economist | Business | The Guardian

That humble device you may well have lying around your desk has been the object of China’s long and frustrating quest.

Source: Finally, China manufactures a ballpoint pen all by itself