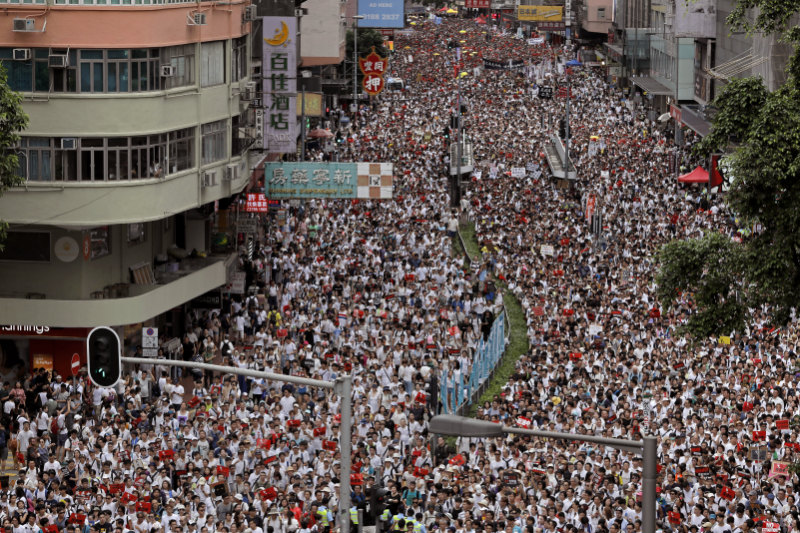 Over a million people marched through Hong Kong city streets on Sunday evening in a massive protest against a bill that would allow people to be extradited to mainland China.

via Hong Kong protest: China’s extradition law challenged by over a million people

Politicians, media personalities and ABC supporters rallied against deep budget cuts to the public broadcaster on Saturday as a national week of action moves around Australia.

Hundreds attended the rally, part of a union-led series of protests, at Sydney’s Town Hall square.

ABC staff are bracing for significant job losses to compensate for $254m in government funding cuts.

The national week of action organised by the Community and Public Sector Union (CPSU) and the Media, Entertainment and Arts Alliance (MEAA) began on 18 November and will end on Tuesday.

Rallies have already been held in Alice Springs, Darwin, Hobart, Newcastle, Perth, Adelaide and Brisbane, among other cities. Similar rallies were due to be held in Melbourne on Sunday and Canberra on Tuesday.